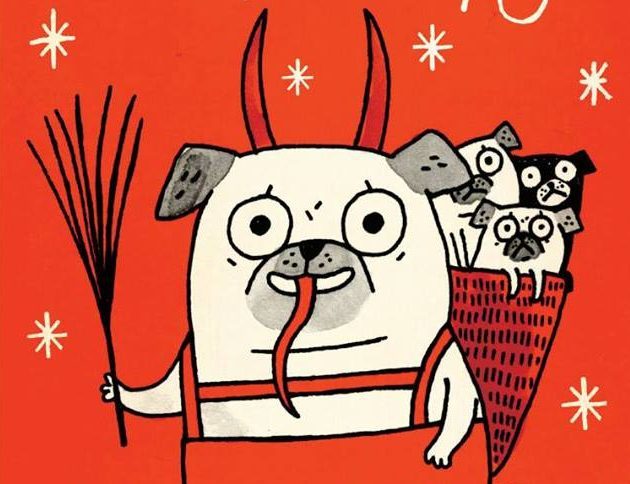 Monday Madness – Kung Fu
Holsopple Brewing
Free  |  6:30-9 p.m.
Are you a drunken master at video games? Then, join Holsopple Brewing for Monday Madness, a competition for the highest score in a chosen video game, with the winner going home with a growler full of Holsopple beer on the brewmaster’s tab! This time around, the game is “KUNG FU,” on the Nintendo NES.

Filthy Gorgeous – Opulence
Mag Bar
Free  |  11 p.m.-4 a.m.
The theme for this month’s Filthy Gorgeous costume party is Opulence. Best described by Junior LaBeija in “Paris is Burning” as: “O-P-U-L-E-N-C-E: Opulence! You own everything. Everything is yours.” So break out your gaudiest outfit and best (read: fake) diamonds and pearls to dance the night away with. This party filled with “filthy drink specials, gorgeous people,” is hosted by N8 and Drew, with live music provided by DJs SleepyT, Lady Carol, Regale and Aaron Leitner.

‘The Royal Tenenbaums’ at Four Pegs Picture Shows
Four Pegs
Free  |  7-9 p.m.
I say this with love, but director Wes Anderson is weird and so are his films. You either love’um or you hate’um. So if quirky lines such as “Anybody interested in grabbing a couple of burgers and hittin’ the cemetery?” perk your interest, then head to Four Pegs for a screening of “The Royal Tenenbaums,” and select drafts for $4. But if that line doesn’t tickle your fancy, then grab a couple burgers and hit the cemetery or something.


LAFF Fest: Keith Bergman and Sophie Hughes
Purrswaytions
$5  |  9:15 p.m.
LAFF Fest says it is all about supporting comedians with “no racism, sexism, homophobia, transphobia or lame jokes.” This time around it’s featuring acts by Keith Bergman and Sophie Hughes at Louisville’s “one and only lesbian bar,” Purrswaytions. LAFF Fest says Bergman’s comedy “veers from smart, sardonic observations to ridiculous personal tales of keeping it together in a world gone weird.” And Hughes, whose “good looks have helped her to achieve regular work as a voice actor,” was also featured on the podcast Politically Re-Active with W. Kamau Bell and Hari Kondabolu. The show is hosted by Tanner Cole, with Dan Alten, Darren Rodgers, Danny Hucks and a special guest.

Scientific Proofs: Notes from the Field
Mellow Mushroom (St. Matthews)
Free  |  6:30-7:30 p.m.
Scientific Proofs bills itself as a monthly “gathering for grownups who like to geek out on science.” This month’s topic is “notes from the field,” during which two environmental scientists will “share their stories of work from exotic locales around the globe.” Steve Yanoviak will talk about his research in the rainforests in Central and South America, with anecdotes about “ interactions with lightning, monkeys, and snakes!” And John Wise will talk about his studies of pollutions in the Sea of Cortez and the swamps of Florida, and how whales and alligators are being used as models for studying certain cancers.

We Still Like You: Louisville
Decca
Free  |  8-9:30 p.m.
“We Still Like You”organizers say this show allows comedians to tell “real stories of shame and embarrassment to a crowd of friendly folks while an artist depicts the story live!” Take a seat in the comfy cellar of Decca and enjoy comedy, cheap bar bites, live art by a TBA local artist and stories by Storytellers: Marty Pollio, Juniper Leslie Dempsey, Mandee McKelvey, Ken Townsend and host Chris Vititoe.

First Friday Hop: KMAC Karaoke with Howell Dawdy
KMAC Museum
Free  |  5 p.m.
While you’re out doing holiday shopping on the Republic Bank First Friday Hop, be sure to stop by the KMAC Museum for this karaoke competition. Hosted by the hilarious Howell Dawdy, the night will consist of three rounds of karaoke, with the final singers competing in a “Total Eclipse of the Heart” showdown. Sign up in the comments section of the Facebook event page, and be sure to arrive early to you can buy a few pints of liquid courage from the Mile Wide Beer Co. cash bar.

Don’t Krampus my Style 2, An Alternative Holiday Show
Block Party Handmade Boutique
No Cover  |  6-9:30 p.m.
For those who refuse to submit to the tyrannical Santa, and prefer to be naughty instead of nice, Krampus has a few presents for you. For the second year in a row, Block Party Handmade Boutique is hosting a Krampus themed art show. Conveniently taking place during the First Friday Hop, be sure to stop by where you will find “mysterious Krampus and even Gremlin inspired art,” from local artists.