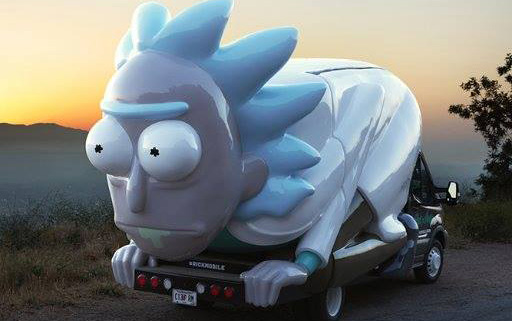 Speaker Series With Dr. Ricky L. Jones
Louisville Urban League
Free  |  6-8 p.m.
Dr. Ricky L. Jones, our favorite Courier Journal columnist (and LEO Weekly legend), is speaking on “Curriculum For Whom: Whose Lie Is It Anyway?” Jones is one of Louisville’s foremost voices, advocates and critics of social injustices. As chair of the UofL’s Department of Pan-African Studies, he also understands the importance of, and inequities within, public education. The talk comes from Jefferson County Public Schools Office of Diversity, Equity, and Poverty Programs. The series is a free, open community event.

Stuyedeyed, Birds, Voodoo Economics, White Woolly
Cure Lounge
$5  |  9:30 p.m.-12:30 a.m.
Since you’ll already be up at Cure Lounge for its weekly event Strange Trivia with Emilie Strange, then you might as well hang around afterward to “get blasted in the ears by furious garage rock party bands.” Touring bands include Stuyedeyed and Birds from Brooklyn, New York, and Louisville bands include Voodoo Economics and White Woolly.

Beer with a Scientist: Designer Babies
Against The Grain Brewery
Free  |  8-9 p.m.
Beer with a Scientist gives you the chance to hear scientists give 30-minute talks about their research and then ask them about it over a beer during an informal Q&A session. This month’s talk will be given by doctors Miriam Krause and Kelly Pagidas, both leading experts in reproductive endocrinology and infertility. The two will discuss whether the “option to pick and choose what qualities your offspring will develop” is ethical or even possible. The Louisville Free Public Library will on site with a suggested reading list on the subject, and if you bring your library card, or sign up for on there, you will get a “grainiac discount” on your beer.

Games on Tap
Mile Wide Beer Co.
Free  |  6:30-11 p.m.
This weekly board game meetup is for tabletop gaming enthusiasts and novices. Arrive anytime, choose from over 50 games (classic and modern) or bring your own, grab your drink and settle in for some fun. As the Games on Tap Facebook page puts it, “come for the games, stay for the booze…or vice versa.”

The Rickmobile Is Rolling To Town
The Destination
Free  |  4-7 p.m.
Brace yourself “Rick and Morty” fans, the Rickmobile is rolling into town. The Rickmobile is a giant Rick on wheels that is jam packed with tons of exclusive and official “Rick and Morty” merchandise. So step up and get stepped up, because supplies will be limited, and bring a credit card or debit card since cash will not be accepted. And since it might get a little crowded, be sure to remember Philip Jacobs’ nine rules of personal space!

Bourbon and Cinema Night
Decca
Free  |  7-10 p.m.
Join Decca for a screening of a cult classic film and some delicious drink specials. The screening of Spike Lee’s “Do the Right Thing” begins at 8 p.m. But be sure to arrive early to take advantage of the drink specials: a $6 Old Fashioned, $5 house wine and draft beer and, of course, the $5 Holla (a shot of bourbon and a can of beer). Food will also be available for purchase, including $3 wood-grilled spare ribs and a $5 grilled cheese. Seating and space is limited, so arrive early.

Upstander: Kitchen Table Edition
Fairness Campaign
Free  |  6-8 p.m.
Do you dread the holidays because of awkward interactions with your racist uncle? Then join the Louisville SURJ (Showing Up for Racial Justice) for a night of discussion on “skills, tools, scenarios and some practice for speaking up in intimate spaces” and to “focus on rewriting the narrative of Thanksgiving.” And if you’re already feeling the Thanksgiving spirit, join in the pre-discussion potluck at 5:30 p.m. RSVP on Facebook and be sure to let them know “who’s bringing the mac and cheese.”


Otis Junior: Live in The Cellar!
The Cellar at O’Shea’s (Downtown)
$5  |  9 p.m.-1 a.m.
Spend this Friday listening to the slick and soulful sounds of Louisville singer Otis Junior. As LEO music writer Syd Bishop wrote of Junior, he has a “palpable cool that puts you at ease,” and a “relaxed confidence” that is on full display in his music. And as always at The Cellar, you can enjoy plenty of bourbon, beer and late night bites.