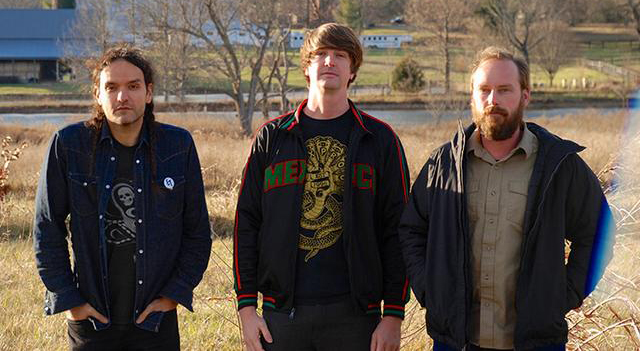 Watter is a Louisville-based instrumental project made up of versatile, core members Zak Riles (Grails) and Tyler Trotter (owner of Gralehaus), plus a revolving cast of renowned players including Britt Walford (Slint), Rachel Grimes and Nathan Salsburg. In 2014 they released their first LP, This World, and in 2015 the duo collaborated with Will Oldham on a project called Bonnie Stillwatter that resulted in a single called “The Devil Is People,” also featuring Bundy K. Brown of the band Tortoise. Watter’s second full-length album, History Of The Future, will be released Oct. 20 on Temporary Residence Records. We caught up with Riles and Trotter to get the details.

LEO: History of the Future sounds like it’s both a natural extension of 2014’s This World, with woven, ethereal soundscapes, as well as a calculated departure into a more sonically diverse landscape of faster tempos, tribal drums and a more pronounced electronic role. How much of the sound on the new album was planned and how much evolved organically during the recording process?

Zak Riles: We began working on the record in a traditional band format, which created a sound that you might expect from playing in that way. By the end of the recording process, we were composing mostly in the studio. From the beginning, we wanted to incorporate more electronic elements and I think we will continue to depart even further in that direction in the future.

Tyler Trotter: Agreed. Zak built a house out in Shelbyville on his farm, called Earthwave, and in the basement he put together a studio which was where most of the record was recorded. And there was a lot of new gear. Gear inspires us in a lot of ways, so it was helping shape the new sound into a more electronic direction. So, yeah, I would say the studio and the equipment helped influence the new sound.

ZR: We are now building an actual professional studio in a barn, and that will probably change the sound again, and be even more electronically based. We have already talked to Will Oldham about doing another collaboration again. I think using the barn space with that sound style would be great.

Another Bonnie Stillwatter album — your collaboration with Will Oldham and Stillwater Artisanal brewery?

TT: I don’t know if it would be that, or just a Bonnie ‘Prince’ Billy and Watter album. Because that one was conceived by Brian (Strumke of Stillwater Artisanal). We had done a beer dinner at Holy Grale with him and Will was there. Brian just started doing Beers with Bands — he did one with Tennis, Small Black and Lower Dens. For those, he did a special beer for their record release, but for this he wanted to do more of a full collaboration. So, at the beer dinner he asked us and Will, and of course we said yes.

TT: It was cool, but the beer wasn’t in a huge production so a lot of people didn’t get to try it. So the idea of a beer pairing was short lived. So, we talked about if we did it again, it would be a full-length album instead of a single and Brian wants to release a beer for every song on the album over time.

How would you describe Watter’s progression and in what direction do you see Watter heading in the future?

TT: Our concept originally was that we were gonna invite lots of different musicians, and it wouldn’t be a band so much as a recording project. Then I met Britt (Walford) for the first time at Holy Grale and asked if he wanted to play sometime, and he said maybe. Later I was walking into Gralehaus one morning and there was a note from Britt that said, ‘I’d like to play with you and Zak, gimme a call.’ And once we started playing with him, we thought, ‘This could be more than a project’, and we saw it becoming a real band.

ZR: And that trio began to take on a form of its own at that time — for the first album. And now it’s kind of come around full circle of just the two of us mainly, but Britt is on the new album too — he composed and played on two of the songs, the title track and ‘Macho Milano.’

As with This World, the list of guest appearances on the new album is a venerable list of Louisville music icons including Nathan Salsburg and Rachel Grimes. To what extent did the guest musicians influence the songs they are featured in?

ZR: Certainly playing with musicians like Nathan or Rachel pulls out their distinct personalities. You can’t help but to play like that with them.

Their personas are definitely noticeable, giving the album undertones of traditional Kentucky folk, especially on the last track, “Final Sunrise.”

TT: The cool thing is, that I really like about ‘Final Sunrise’ is that typically Nathan has been playing a lot more acoustic, but he plays electric on that. •

History Of The Future will be released Oct. 20 on Temporary Residence Records.