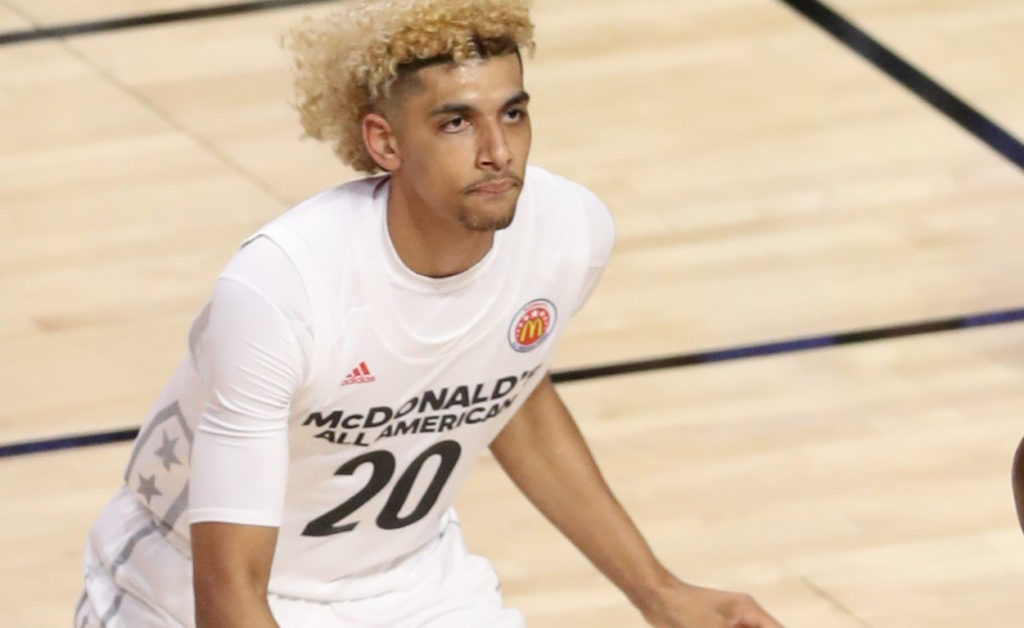 First, it must be said that the NCAA has no credibility as an organization. Its history of hypocritical actions — against its own stated mission, “… to be an integral part of higher education and to focus on the development of our student-athletes,” — demonstrates it is an organization of power, control and profit… not of people, and certainly not students or athletes.

Its recent decision to not punish the University of North Carolina, after decades of blatant, egregious academic fraud, is just the latest illustration that it is little more than owners profiting off of free labor.

Now, as it applies to suspended UofL recruit Brian Bowen…

So, in the FBI’s investigation into shoe companies funneling money to recruits, Bowen was discovered to be one player who possibly received money — what the NCAA deems as an “impermissible benefit” — from executives affiliated with Adidas.

Bowen was never identified by name in the FBI’s complaint. Rather, he was identified as “Player-10” committing to “University-6.” The report said $100,000 was scheduled to go to Bowen’s family in four payments.

Bowen has not been found guilty of a crime, or even accused of committing a crime, but UofL suspended him because of possible NCAA violations?

The school has a chance to set a new tone: Will it be a university that prioritizes its students and its athletes? Others may have made mistakes, and violated rules, but this is an opportunity to do the right thing by a young man who committed to the university.

What if Bowen didn’t know any of this was going on? That his father was negotiating a deal without him knowing? It is entirely possible that Bowen had no idea that others were negotiating, and determining where he would sign — in which case, UofL suspending him makes him a victim for the second time.

It’s also entirely possible that Bowen did participate in breaking the rules. In this case, he is the latest of countless athletes who have broken the NCAA’s rules — he just got caught. If this is the case, regardless of how you feel about college athletes being paid, it should be universally recognized that Bowen and countless others have been preyed upon. Whether it’s Adidas or Nike, UofL or UNC, coaches or managers, agents or executives… that is the system: Those with money and power prey upon young men in their quest to acquire more money and power.

This is why the NCAA is so sensitive to this issue — why they have “no tolerance whatsoever for this alleged behavior” — because, when deals start getting made behind its back, it’s their money and power in jeopardy. Why let others profit off of their free labor?

And even if Bowen willingly participated in breaking the rules, UofL was still culpable in helping Bowen break those rules.

So as I see it, either way, Bowen has been a pawn in a much larger game of chess. If the NCAA wants to investigate Bowen and rule him ineligible… fine. But UofL made a deal with a young man and it should honor the agreement.

And if he is ineligible, it was in no small part UofL’s fault: UofL was Bowen’s accomplice. Suspending him is only acknowledging that you want to play by the rules once you’ve been caught. For UofL to cut Bowen loose in hopes of saving its own ass is just wrong.

Ultimately the issue is, solely, about the corrupt, NCAA monopoly. The next question for UofL is: Why are you sacrificing another young man — who hasn’t been proven guilty of anything — to appease the NCAA overlords?

Given everything that has transpired at UofL, I think it’s wise to side with Bowen, and every other student or athlete it can. In the pendulum of serving the wealthy and powerful, versus young men and women, it would be wise to start swinging back in the latter direction.

Bowen may be the most guilty college athlete ever to be recruited. But we don’t know that yet. He could also be a victim, many times over.

What we do know is that UofL, at this moment, has an opportunity to choose which side its on. This is an opportunity for UofL to start focusing on the athletes who come to play and learn at their school, instead of appeasing the corrupt plantation owners — known as the NCAA — who we know are guilty.