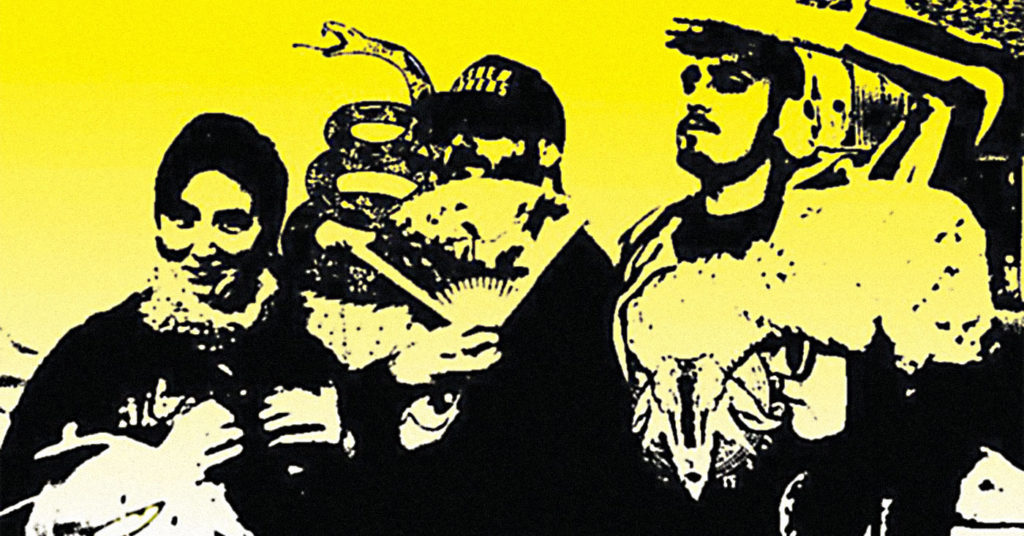 First, they were Mock Lobster, a B-52’s cover band, but five years ago they made the switch to writing original music, becoming Twenty First Century Fox, a metamorphosis that took the hook-heavy proto-indie pop of the B-52’s and merged it with the angular noise-rock of the post-punk scene.

“I’d be lying if I said that the B-52’s did not influence us, but we did not start [Twenty First Century Fox] thinking ‘We love the B-52’s, let’s write exactly in that style,’” drummer Greg Ward said. “Playing with each other in Mock Lobster definitely helped in developing a working relationship with each other musically, but it did not, as far as I know, consciously influence our style. I’d say we are greatly influenced by a lot of new-wave bands from late ‘70s to early ‘80s, but also contemporary stuff.”

“I learned about space, musically,” added singer/guitarist Miranda Cason about the band’s transition. “Before, I thought I had to play guitar over everything. Learning the B-52’s songs was also great because I was able to loosen up in a way I hadn’t been able to before. I loved singing the goofy lyrics and the harmonies were fantastic. I grew as a performer.”

Twenty First Century Fox will celebrate their five-year anniversary through a show on Thursday, Oct. 19 at Kaiju, where they will recreate the songs that they played during their very first set at Solidarity on Bardstown Road in 2012. Since that inaugural show, the band has released an EP, two full lengths and a handful of singles — all of which have continued moving in experimental, unique directions, that kept their core sound in tact, but never seemed afraid to wander into new territory. The band is currently writing new material, which they see as fitting somewhere in-between their first two LPs sonically.

“We are experimenting with sounds,” Cason said. “I think the last record, YR Welcome, was very different than Pet Rounds. It’s more atonal and angular. The next thing we record will probably be an amalgam of the two.”