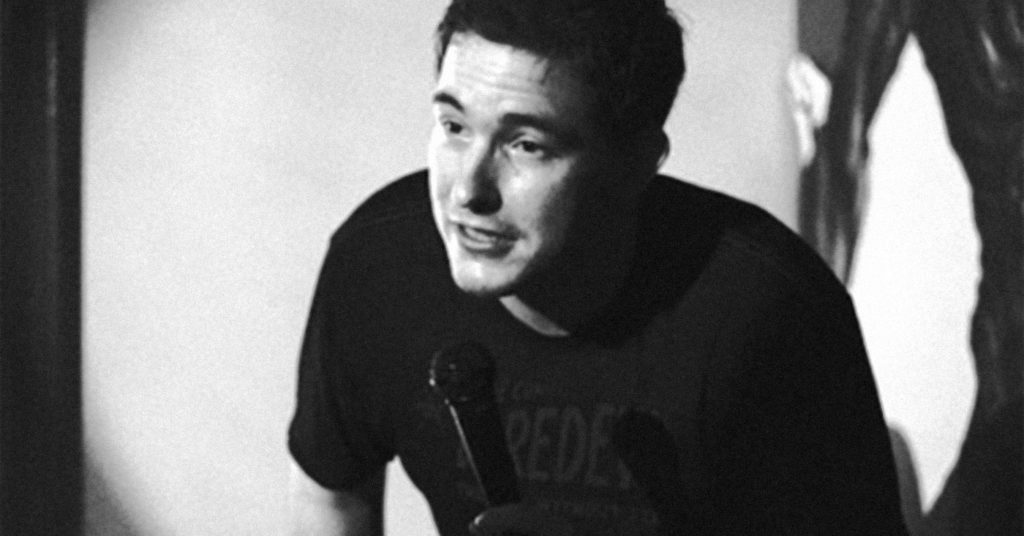 Patrick Passafiume was a fixture in the Louisville comedy scene for the better part of a decade, that is, until he became a father and went on hiatus. But this Saturday he will be back on stage, at The Bard’s Town. “I just need to get out of the house so my wife and baby don’t kill me,” Passafiume told LEO. “They have to be sick of me by now.” He joins comedians Jordan Smith and Keith McGill for “Comedy Stew.” Passafiume has performed around the country and studied at Second City in Chicago. He also cohosts the “Bout Time” podcast with friend and comic Sean Smith. And he was named LEO Reader’s Choice Best Comedian in 2012.

LEO: Has becoming a dad changed how you see the world at all?

Patrick Passafiume: I do think about things differently now. More like an adult. There’s more thought into everything I do. And now, I have to stay alive, which kind of sucks — because before it didn’t really matter. Yeah, she’s young enough that she’d probably get over me. And I’m sure daddy No. 2 will be a perfectly nice guy. But now, I kind of don’t want to miss it.

Are you a better or worse father than your father?

You know what? Fuck it, I’ll be brash and say yes. I love fatherhood. It’s my favorite thing I’ve ever done. It’s the best.

She’s getting to an age where you’re going to have to start explaining the world to her. Looking around, does that terrify you at this point?

All the time. We all get affected by something like what happened in Vegas. We’re all kind of like: ‘The world sucks.’ But now I have to think, on some level, about how I explain this to a little human being, one who is experiencing the world for the first time. She’s purely innocent to the fact that shit like that happens. But then I also have to think that she’s going to grow up, and she’s going to be out in the world where that shit happens. It’s terrifying. I don’t know how people do it.

Where did the ‘Bout Time’ podcast with Sean Smith come from?

Sean’s an anomaly, by the way. He’s good looking, nice and respectful. And then you’re like: ‘What? You’re a positive person? Get outta here. You’re not a comedian.’ I don’t think he’s even up there for personal validation from strangers. He might actually be there trying to enrich other people’s day. He’s really the worst. But for years, Sean and I have been wanting to do something. One time we were both guests on Brian Barrow’s podcast ‘Nerdstalgia.’ And to this day I think that episode is the funniest podcast I’ve ever listened to. I usually hate everything I do, but it made me laugh so loud. So we decided to do our own thing. A show where we could talk about what we wanted to, write sketches, and just make it our own.

You worked with comedian Ralphie May a few times. And he passed away last week. Do you have any memories that stand out?

He was always so nice to me, even when he didn’t have to be. The first time I met him, I went to the club just to see his show. It so happened that I ran into him in the hallway beforehand. I introduced myself, told him I was a local comic, and I was excited to see his show. That’s all he heard or knew about me — and right there he offered me a guest set on that night’s show. That doesn’t happen. I remember later though, I was actually on a weekend of shows with him and we were in the green room. He was smoking a lot of weed, and I don’t smoke. I was 21 or 22 at the time. He asked if I wanted to hit it with him. I was like, ‘No thanks, I don’t smoke.’ He just laughed and said, ‘That’s right, you’re still a baby comic — but you’ll figure it out soon enough.’ I don’t know why, but I remember the phrase ‘baby comic’ making me laugh so hard. He truly was such a sweet guy.