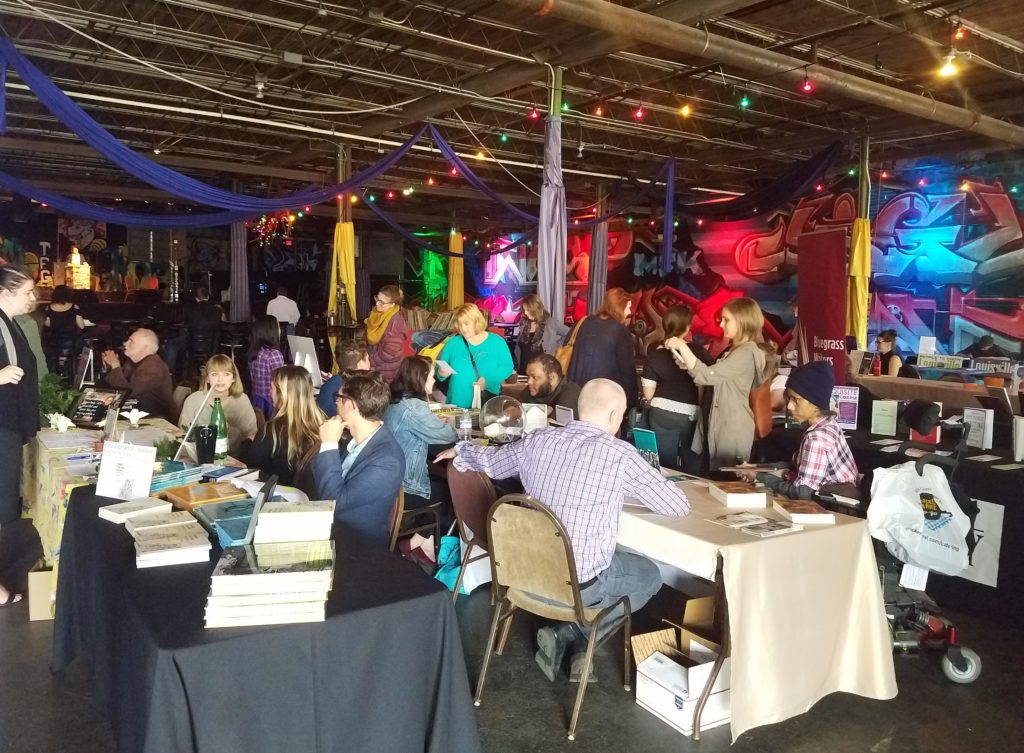 “I go and I consume other people’s art, because you can’t become too saturated in your own thoughts — it just all starts sounding the same,” poet Chelsea Tadeyeske said at last Saturday’s seventh Writer’s Block Festival. “If you’re starting to doubt what you’re doing, and everything you’re thinking is coming off boring as fuck, you just have to go out and experience more stuff, come back with that new experience and make something different.”

She had been on tour since early September, performing and promoting for her third book of poetry from Rabbit Catastrophe Press. Her reading earlier that day made ears perk with her stark, sometimes uncomfortably personal lines, and a straight face each time she annunciated “fuck” into the mic.

For readers and writers, the Louisville Literary Arts organization’s annual gathering, held this year at Tim Faulkner Gallery, is a day-long indulgence of workshop offerings, covering distinct topics — writing well-researched poetry, crafting a memoir and deepening characters, to name a few. Other engagements throughout the day included the essential panel discussions and author readings. Twenty tables were set up by university writing programs, small presses, independent editors and local and national organizations and agents on site and ready to sit down with your project pitches. To close the shindig, a powerful reading by The Anne & William Saxton Award-winning author of “The Empathy Exams,” Leslie Jameison.

The festival commenced with a live recording of Tara Anderson’s Louisville Public Media-sponsored segment “Five Things,” during which she asked Kentucky poet Frederick Smock about the five things he brought with him on stage — mostly rocks he had found. It led into some good advice: “Keep your eyes on the ground,” he said. But not down at the phone, Anderson added.

Tell Your Story, the festival’s theme, focused on how and why we tell our stories. It’s less about the thing called writer’s block, and more about networking, sharing work and discovering. Lindsay Tigue, who led a workshop about using research in poetry, reduced it to this: “With writing, you spend so much time alone with the page, to come together can be really motivating. You have to have those moments when it’s shared with someone else.”

“I find that reading is the best way to get beyond writer’s block,” she added. “I just read poems until I want to write one.”

Louisville Literary Arts presents ongoing events throughout the year and is a great resource for readers and writers in the community. Visit LouisvilleLiteraryArts.org for more information on upcoming readings and workshops.