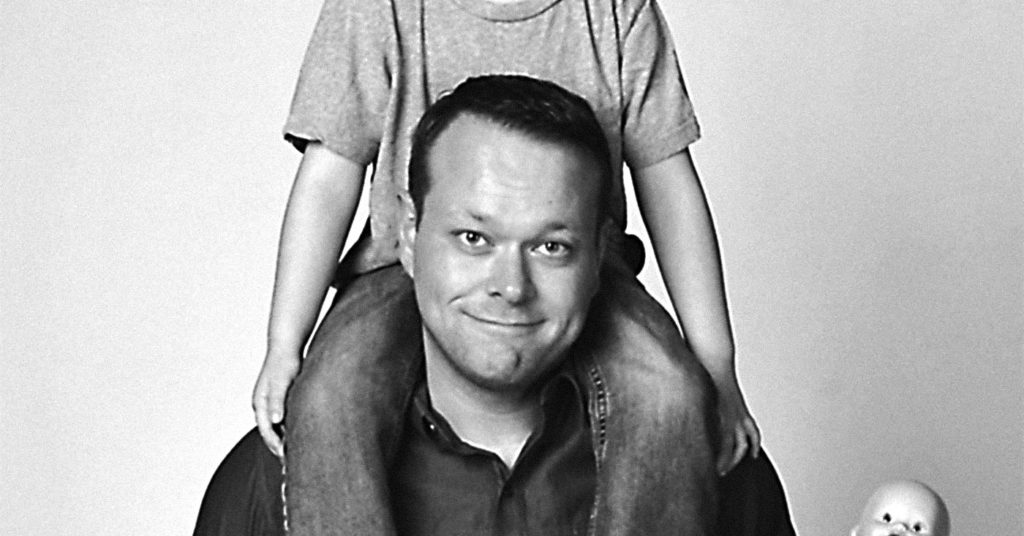 Comedian Aaron Kleiber, a father of three, tells some funny stories about his family, like how he knows he’s outnumbered in his own home. “I try to remind everybody that daddy pays for everything, so be nice to me. But that never works,” he said. And, then, there was the time he threw up on his son, but more about that below. Kleiber has toured with stand-up giants including Bob Saget, Jim Breuer and Bert Kreischer. He was featured on the Deathsquad tour with Doug Benson, Tom Segura and Tony Hinchcliffe. He cohosts the “Grown Dad Business” podcast with comic Jason Clark. And you may have seen him on the big screen in “Warrior;” and on the small screen in Nickelodeon’s “Supah Ninjas.” Kleiber will be at The Caravan.

LEO: What gets you in trouble the most when you’re home?
Aaron Kleiber: Probably finding out that all of my money got spent. I’m like: ‘I’m finally home from the road. I’m going to go buy something I want for myself.’ And the wife says, ‘Nope, not this week. We just paid all the bills. And there’s dance tuition. And there’s soccer. And we need 45 new pairs of shoes for the kids.’ I don’t know why they need 45 pairs of shoes, but she’s going to buy them anyway. And then later she points out: ‘What’s this $8.50 at a convenient store?’ And I’m like: ‘I don’t know. I was thirsty and wanted some chips.’ It’s a little crazy.

What’s the funniest thing your kids have ever done?
Well, this wasn’t something they did, but it’s a funny memory. I had a really hard time changing poopy diapers. One time, I had just had a cup of coffee in the morning, and I was changing my son. It was so bad that when I opened the diaper, I instantly threw up on him. Yeah, I threw up on my son’s chest. I’ll definitely tell that story at his graduation.

Do you ever get in trouble by getting too private on stage?
I try to be careful about how I talk about my wife and my kids, on stage. There are some comics I know who will put it all out there. I just can’t do that. I like to have some form of privacy. I don’t really talk about me and my wife’s sex life. I want some things to remain private. Plus, our sex life is half her thing, as well, and she’s not out there sharing it with strangers. Also, I don’t want to be on stage talking about ‘Oh, my nagging wife. She’s such a bitch.’ I don’t want to be a guy who calls his wife a bitch. To be honest, she’s amazing.

You’ve had some success in acting, and yet you haven’t moved to Los Angeles.
Pittsburgh is where my wife and my mortgage are, so I guess I’m stuck. It’s also really hard to move a family of five to LA on a comedian’s budget, unless you’re Jim Gaffigan or Kevin James. I’m waiting for one of them to die so I can have their place.

Between acting and stand-up, do you prefer one over the other?
They are two totally different gears. They’re like two different drugs. It’s like, yeah, I might smoke weed a lot, but have you ever tried cocaine? They’re totally different. They’re both drugs but completely different highs. In acting, I like being on set, meeting people, and being the comic relief when the cameras aren’t rolling. You’ll get work if they just like having you around.

It sounds like you just love the process.
Yeah, absolutely, I love it. And I love being the center of attention. They’re like: ‘We’re going to put you and you alone on camera. And you’re going to make us laugh.’ That makes my inner-child feel hugged and loved.