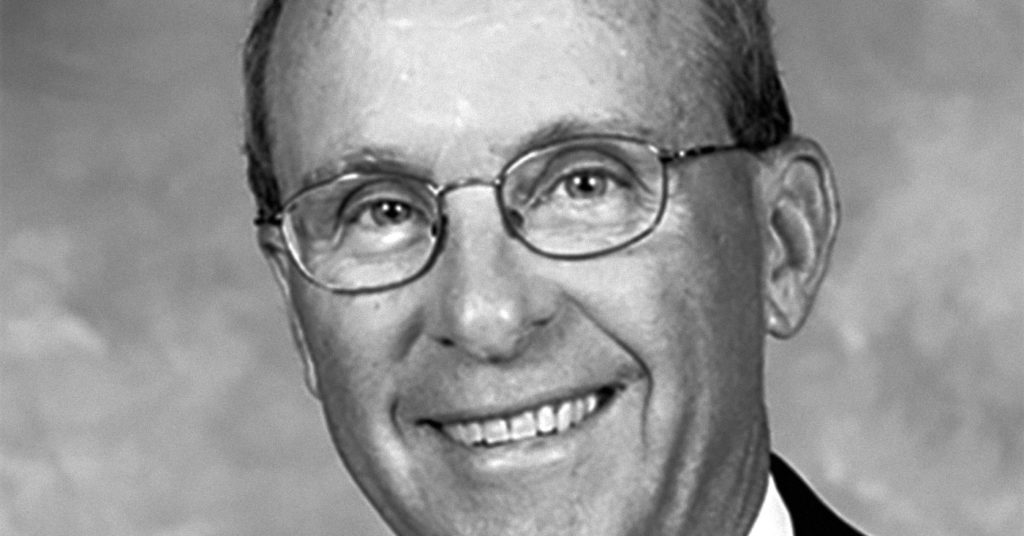 You may not know Jon Fleischaker, but if you live in Kentucky, you probably know more about your government than citizens in many states.

You can thank Jon Fleischaker.

You can demand to sit in on local and state government meetings when the public’s business is conducted. You can demand to see their records, and if you’re denied access to either, you can file an appeal with the Attorney General whose ruling will carry the force of law.

You can do those things because Fleischaker, Kentucky’s preeminent First Amendment lawyer, has fought for the right to do them for more than 40 years.

Fleischaker, 72, helped write Kentucky’s Open Meetings Law, passed in 1974, and wrote the Open Records Law which followed in 1976. They’re among the nation’s strongest. And they aren’t just for reporters. Anyone can invoke them.

“These are public rights because the public has a right to know what’s going on.” Fleischaker said.

On Oct. 19, Fleischaker will be honored by the National Council of Jewish Women at its David Richart Award Dinner for championing the First Amendment and government transparency. The event will raise money for a Family Drug Court in Jefferson County.

Just as important as writing the open records and meetings laws, said his good friend and sometimes legal adversary, Sheryl Snyder, Fleischaker fought in the courtroom to apply and uphold them, sometimes for free.

“Jon was the lead lawyer on all the important cases that made those statutes as meaningful as they are in everyday application,” said Snyder, Kentucky’s best known appellate lawyer.

Following the deaths of 22-month-old Kayden Branham in 2009 and 9-year-old Amy Dye in 2011 while they were supposed to be under the supervision of the state, the Cabinet for Health and Family Services refused to release investigative records on the two cases.

Fleischaker successfully sued the cabinet on behalf of The Courier-Journal, The Lexington Herald-Leader and the Todd County Standard, forcing it to open records of child fatalities and near deaths. A judge fined the cabinet $756,000 and awarded the papers legal fees of $200,000.

Fleischaker was representing the two urban papers when he called the publisher of the Todd County Standard, which covered the Dye case, offering to represent it too.

“He said, I can’t afford you,” Fleischaker recalled. “I said it’s not going to cost you anything. If we get paid, we’ll get paid by the other side.”

David Thompson, director of the Kentucky Press Association, said Fleischaker has been invaluable for smaller papers. He helped KPA establish a Freedom of Information Hotline for its members at no cost.

“It gives our members access not only to Jon but to three or four of his associates, the top media attorneys in the state,” Thompson said. “He’s committed to this industry — as much as he’s committed to open government.”

Fleischaker has fought court battles against the Archdiocese of Louisville over records of pedophilia charges against priests and another which established the University of Louisville Foundation as a public agency, subject to the open meetings and records laws like any other public agency.

Fleischaker was fighting injustice long before he returned to Kentucky after graduating from Swarthmore College and then the University of Pennsylvania Law School.

He grew up Jewish in the Highlands neighborhood of Louisville. He had relatives who died in the Holocaust. His mother, Betty, was a civil rights activist who fought for open housing in the 1950s.

“I grew up in a house that not only preached civil rights but we lived it,” Fleischaker said.

He was a starting guard for the Seneca High School basketball team which won the 1963 State Championship. The team, considered by many the best high school team ever in Kentucky, featured African-American stars Wes Unseld and Mike Redd in the midst of the civil rights era and often encountered racial taunts. Its players couldn’t eat in public restaurants when it traveled.

After law school, Fleischaker came home, joining the law firm of Wyatt Grafton and Sloss which represented The Courier-Journal and its owners, the Bingham family.

David Hawpe, who later became managing editor and editorial director at The Courier-Journal, was then a young reporter. He said Fleischaker educated editors and reporters on the law but never told them what to print or to spike.

Hawpe once managed to get information from a sealed grand jury report and asked Fleischaker if he could publish it.

“Jon’s instinct was always let’s get this in the paper because the public has a need and a right to know,” Hawpe said. “But in that case, he counseled me by saying: Well, David, do you want to break the law?”

Fleischaker laughs when asked if his advice at times averted disaster for some reporter or paper: “There are some stories I could tell — but I can’t.”

Fleischaker is known well beyond Kentucky for his First Amendment work. When the Gannett Company purchased The Courier-Journal in the mid-1980s, it typically used a Washington law firm to handle First Amendment issues.

“But they said given that we had Jon Fleischaker he could take the lead role,” Hawpe said.

Fleischaker angered people over the years, people who thought it best to keep secret some government document or to meet out of the public’s sight. He sued governors, mayors, the Catholic Church, universities and police chiefs among others. He didn’t always win.

It’s not always necessary to win, he said, “but you’ve got to stand up for things.” He has and he’s enjoyed it.

“I was passionate about it and I believed in it,” Fleischaker said. “There aren’t many lawyers who can say they’ve practiced a full career and been continuously passionate about things that affect the public in a positive way.” •

To contribute to the creation of a Family Drug Court in Jefferson County:

Tax-deductible contributions in Jon Fleischaker’s honor may be made out to the Community Foundation of Louisville, with NCJW Light the Way Fund for Families with Addiction in the notes field, and mailed to: National Council of Jewish Women Office, 1250 Bardstown Road, Suite 26, Louisville, KY 40204.

Ronnie Ellis writes for CNHI News Service and is based in Frankfort. Reach him at [email protected] Follow him on Twitter @cnhifrankfort