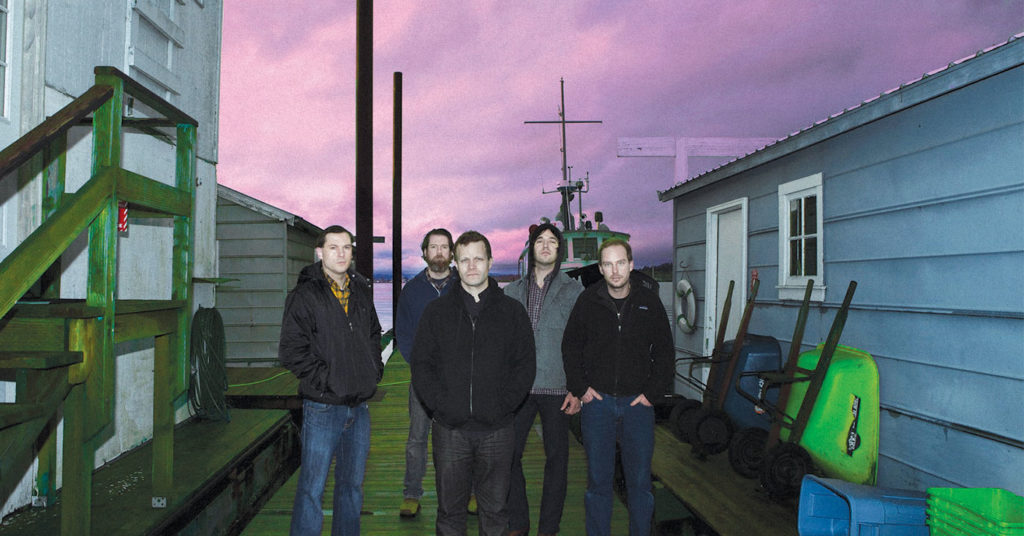 Portland, Oregon ex-pat Zak Riles, now a Louisvillian, is a cornerstone of the instrumental indie titans Grails, a band that builds atmosphere atop a lithe and often muscular frame. Started at the turn of the century, Grails has largely been a side project for most involved — a touring machine. Playing in Louisville this weekend is no small task, given the logistics of the band, but it makes for a solid starting point for a national tour. Since the members of Grails live all throughout the United States and beyond, they rely on short bursts of practice for their tours, as well as telecommunication to sketch out their studio projects, including for their latest release, Chalice Hymnal, an album full of chamber post-rock that pivots between soaring highs and melancholic symphonies.

“We are spread out now in New York, Portland, Copenhagen, Colorado and Kentucky so we send ideas around over the Internet. For Chalice Hymnal, we just keep bouncing ideas around until we felt good about everything,” Riles said. “For live rehearsal, we took several days in Istanbul, Turkey before our last European tour to rehearse some old and new songs. We will practice on a farm in Shelbyville for two days before heading over to the new and improved Zanzabar venue for our first show of the U.S. tour.”

There is an almost lounge quality to Chalice Hymnal — relaxed, but without ever losing that bittersweet undercurrent that drives their sound, the kind of tension reminiscent of Ennio Morricone or Mogwai. As an added bonus, Grails are adept at shorter compositions, a rarity in the genre. Riles and company have the goal to create a vast, meditative, subjective world around their music.

“When sequencing an instrumental record, you have to create a subconscious narrative, but we never discussed a conceptual storyline,” Riles said. “Like a soundtrack or library music, it’s creating an atmosphere for a story, so this type of music is usually free from lyrics about politics, relationships and so on.”