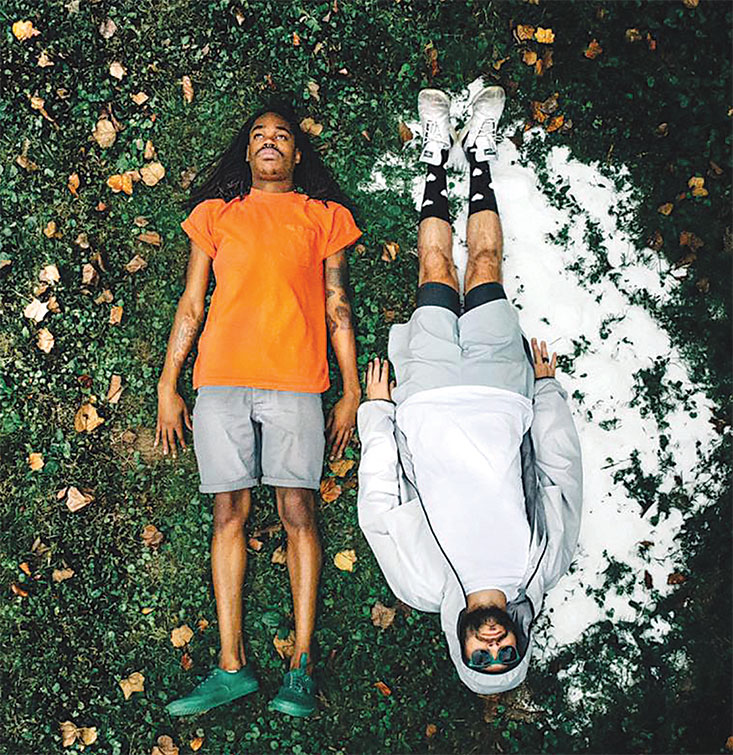 Editor’s Note: Sonic Breakdown is a LEO column that deconstructs a single song from a Louisville band.]

“Musically, the approach I took when creating [‘Let It Go’] was the same approach I took to writing all of Hemispheres,” the venerable local producer Dr. Dundiff said of his recent collaborative album with the silky-voiced singer Otis Junior. “With every song, I wanted to really write powerful music that worked both as new-soul/jazz but also worked as a well-thought-out indie album. This specific track was way more in the indie direction compared to the rest of the album.” That sentiment is evident when listening to “Let It Go,” a breezy and mellow affair that is indeed both soulful and a bit jazzy, blending well with the rest of the record, yet also possessing its own unique identity, by way of a creative sample and a sparse, straight-forward structure.

But, for two artists who work closely together on their music, Dundiff and Junior maintain varying degrees of what “Let It Go” means.

“This song, to me, is about realizing the consequences of overthinking,” Junior said. “There is a certain simple and innocent truth to a child’s perspective, and the theme of letting go of an overcomplicated ‘adult’ way of thinking for such a perspective is what I wanted to explore.”

Dundiff’s philosophy carries a similar thought process via a broad, universal theme, but it takes the meaning in a different direction: “I think the song is about seeking out your purpose in the world.” This divergent train of thought, even between the co-songwriters themselves, is a shining example of the chameleonic power of music and our personal interpretations of it.

Listen to “Let It Go” and you can hear any number of influences shaping the song, but there’s at least one a little out of the ordinary — the duo found inspiration in the form of a German preschool. “I found this YouTube video of a German preschool class all singing this song,” Dundiff explained. “Some of the words I couldn’t make out, but after I EQd the vocals and chopped the words up, I had formed the chorus to “Let It Go.” I changed some words, sent the idea and instrumental to Otis and he loved it!”

Most songs worthy of remembrance are those that are crafted with purpose and reason. Hemispheres is rife with the sound of dedication and “Let It Go” is simply an extension of that. “What made Otis and I write a song like this is because everyone needs a song like this. Music is beautiful because it has the power to motivate and encourage people without them even directly knowing it.” What’s the central point that they hope people will takeaway? Ask Junior. “The song was inspired by taking a step back and looking around. I guess I’d like people to know that although life certainly isn’t easy, sometimes it’s only as hard as you make it.” •