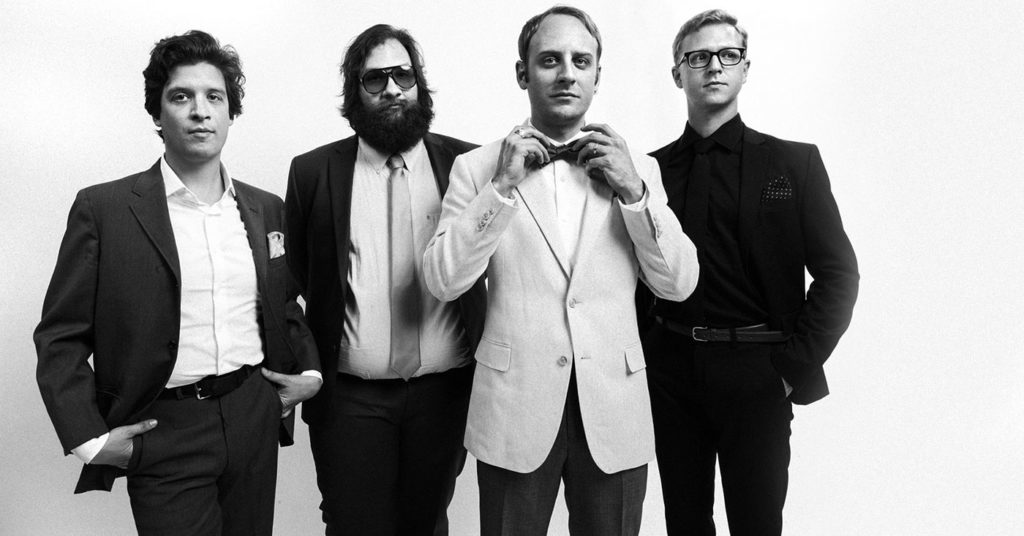 Boisterous indie-rockers Deer Tick are back after a break that almost broke up the band for good. It turns out that the separation may not have been such a bad thing for their collective muse, however. Upon regrouping last year, ostensibly to perform at the Newport Folk Festival, the guys quickly realized that they had enough material to make not one, but two new albums, which were recorded over concurrent, though disparate, sessions at the fabled Ardent Studios in Memphis. The results, aptly titled Deer Tick Vol.1 and Deer Tick Vol. 2, will be celebrated on the Twice as Nice tour which rolls into town next week and features a stripped-down, acoustic segment followed by a full-on electric set. In preparation for Tuesday’s show at Headliners Music Hall, which also includes comedian Chris Crofton on the bill, we recently caught up with Deer Tick guitarist Ian O’Neil by phone.

LEO: It’s rare to see someone cite the Felice Brothers as an influence. Can you speak to how they have informed your music?
Ian O’Neil: Well, they are good friends, great songwriters, and they are incredibly themselves at all times. They don’t really belong anywhere in the current music scene because they are stranger and more unique than most things that are out there. And I feel the same way about us.

You also list author Raymond Carver as an influence.
Carver had such a powerful style of capturing the realities of everyday life in his stories that his work has been a major influence on me for just about everything. I think that, in a way, writing short stories is akin to songwriting, even more so than writing poetry.

What can you tell us about the new Deer Tick documentary “Straight into a Storm?”
It came to life when a friend of ours, William Miller, decided to follow us around and film us over the course of our 10th-anniversary shows. Then he compiled a bunch of old footage to help flesh out a storyline. But to be honest, I haven’t seen the final cut yet, so that’s about all I can really say about it right now. I can’t wait to see it in the theater.

Did you notice anything different about the dynamic, or the approach within the band, following the hiatus?
Yeah, for sure. While we were apart we actually got more committed to one another and to the music we have in common. It’s kind of cliché, but we came back renewed and with a sense of purpose. Additionally, we all seem to have good home lives now, and we are basically happy people, which makes it easier for us to work together.

At what point did you know that you had two distinct albums on your hands?
We started to know that before we even had the songs finished. But we wanted to make sure that we had enough strong material to make good on the promise of the idea. We didn’t want to go into the studio with two sprawling sets of filler anchored by five or six good songs.

The live show is also structured as two sets, both reflective of the moods on each of the new records. When it comes to older material, how do you guys decide which set that any given song belongs in?
Our aim is to make sure that each night of this tour is different than the night before. Part of that process means that we’ll be playing around with the older songs — rearranging them to give them new life — so that, for example, something loud from Divine Providence might well end up in the acoustic set and so forth.

What was behind the decision to take a comedian out on the road with you?
We wanted to make every night our night, in terms of the music. And honest to God, we have to sound-check so many instruments as it is, I couldn’t imagine how it would have worked if there was another band involved. Plus, we’ve always thought it would be cool to incorporate comedy into the act somehow and this seemed like as good a time as any to do it.

Any memories of Kentucky that you’d care to share?
I remember that Louisville has a great art scene, and I always look forward to exploring whatever is going on in that world, whenever I’m in town. As far as past performances there, a personal favorite was when we were opening for Dr. Dog and we decided to come out dressed in drag, effectively stealing the show, much to their dismay.