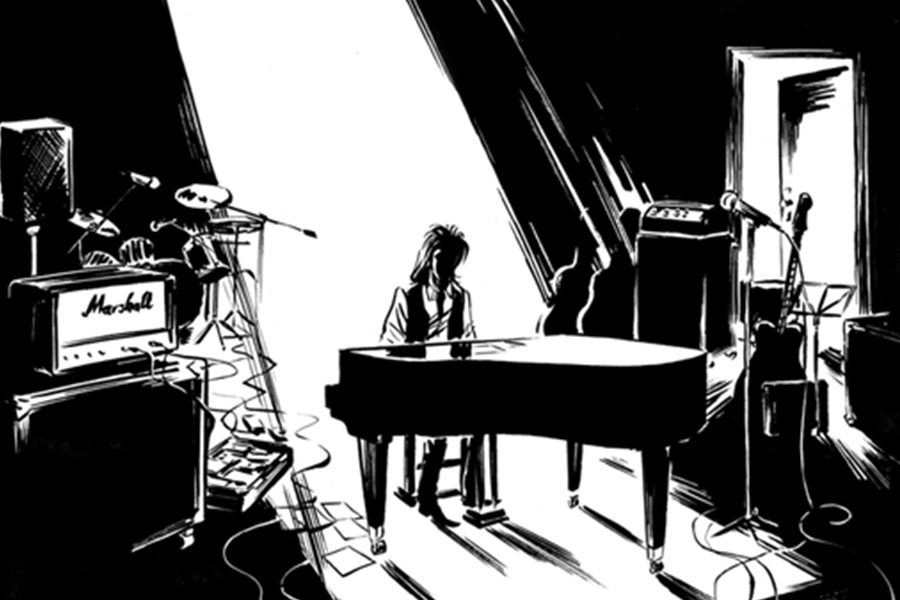 Image from the graphic novel "Nick Cave: Mercy on Me." 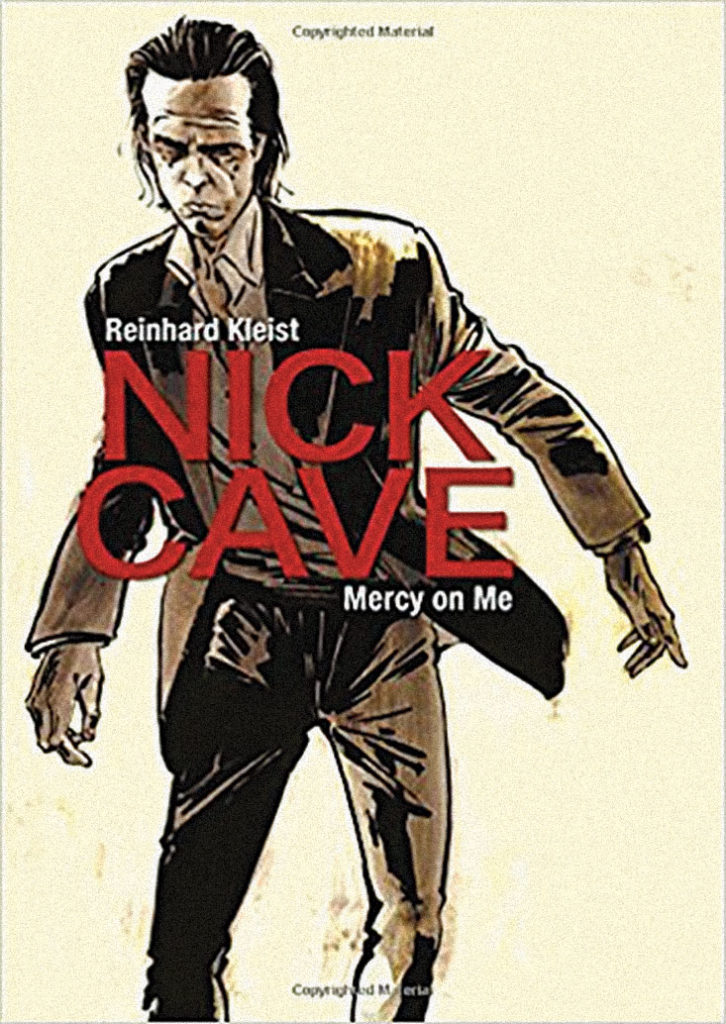 Nick Cave is my favorite musician of all time. So I had very high hopes for Reinhard Kleist’s graphic novel biography of Cave, and Kleist did not disappoint.

The novel has a “Big Fish” feel to it, combining fact and fiction to say something true about the person. And for Nick Cave, a character who is larger than life, I wouldn’t have it any other way.

Each chapter is narrated by a different character from Cave’s body of work, upset that they were killed, as is almost always the fate of being in a Nick Cave song. They tell their stories of watching him go through life, getting to the moment they were created. You often see the same moment from a few perspectives. The book mostly focuses on the beginning of Cave’s career, so it’s more madman hitting audiences with microphones and less-sophisticated crooner in a suit. The core of the book deals with The Birthday Party and the eventual shift into The Bad Seeds.

Kleist’s drawings capture the violent, chaotic mood of Cave’s early music. He draws Cave just as spidery and gangling as he is in real life. “Nick Cave: Mercy On Me” is a beautiful novel that mythologizes one of rock and roll’s strangest figures, while also humanizing him. 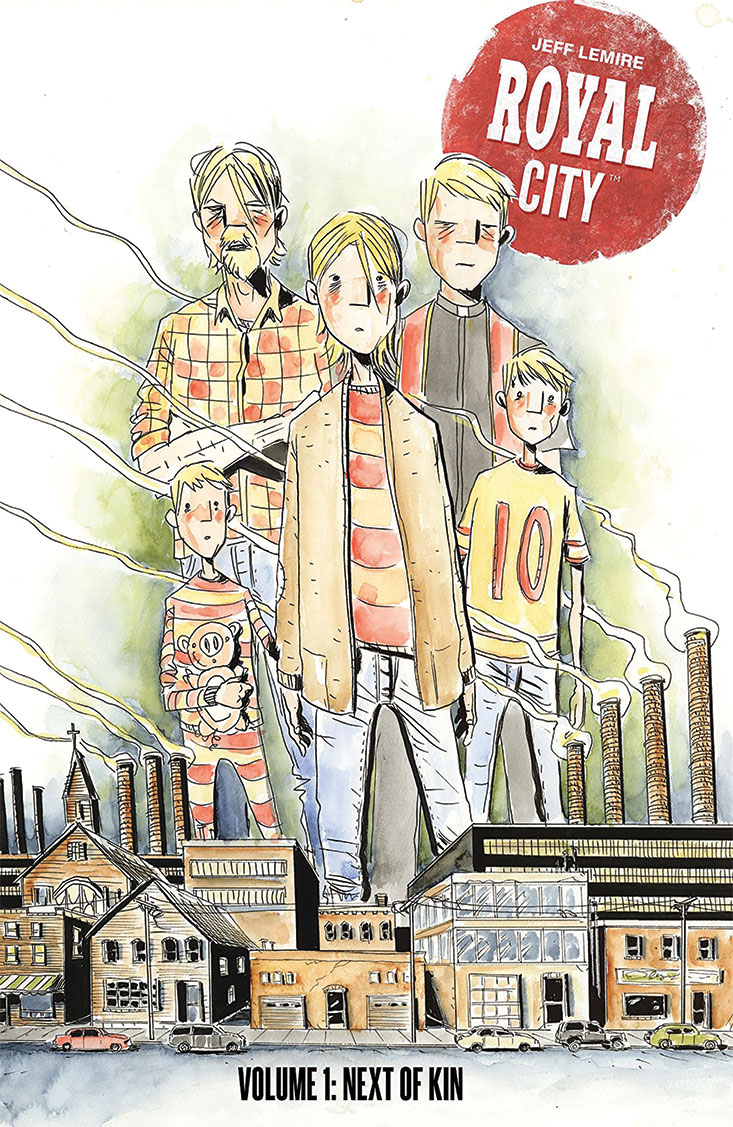 When Jeff Lemire wants you to hurt, he’ll make you hurt. Described as being his most ambitious and personal project yet, “Royal City” is a narrative of life, love and loss of the Pike family coming from the once-thriving factory town, Royal City.

Patrick Pike, a fading star in the literary world, returns to Royal City due to his father having a stroke. He is very quickly drawn back into the dramas of his brother and sister, the overbearing nature of his mother and the health of his unconscious father. All the while, each family member is being haunted by different versions of Tommy Pike, the youngest brother of the family who drowned decades ago.

Taking up writing and art, Lemire continues to show just how far he’s come over the years with both talents. A story about normal people dealing with normal problems (ghosts aside), it’s matched with what might be Lemire’s most refined art to date. It’s apparent to me on the very first page of the story how much he’s grown.

In my opinion, Jeff Lemire is at his best when he is doing creator-owned work, and “Royal City vol. 1: Next of Kin” (collecting issues Nos. 1-5) is a wonderful example of that. A new story arc starts up with issue No. 6, which comes out Oct. 11, so be sure to check it out!