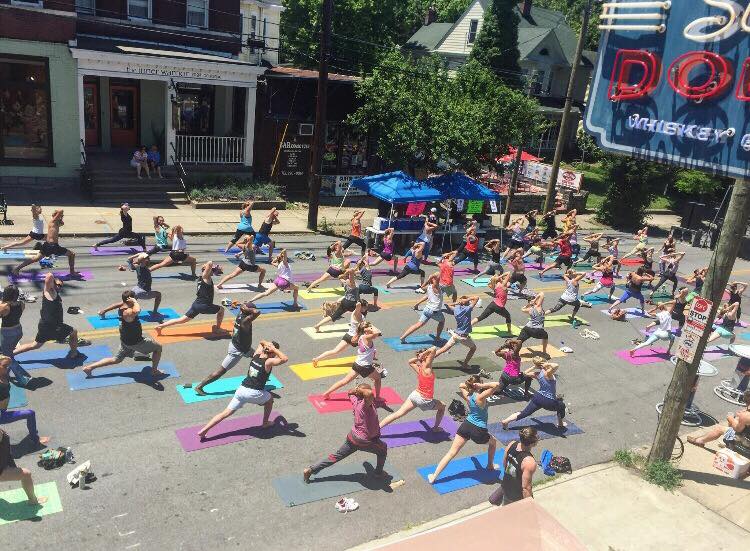 Photo provided by The Inner Warrior.

‘The Phantom of the Opera’
Louisville Memorial Auditorium
$10 donation  |  7-9:30 p.m.
Did you know Louisville is home to the oldest Pilcher Pipe Organ in the world? You can hear it during a showing of the 1925 silent motion picture “The Phantom of the Opera.” Cinephiles say the 1925 version is the greatest “Phantom” ever. While an accompanying organ is important for all silent movies, the “Phantom” score is one of the most powerful and recognizable. The sceening of this film, starring the Lon Chaney, is to raise money for the Louisville Memorial Auditorium and Bauer Foundation for the Preservation for the Pilcher Organ. —Jo Anne Triplett

Louisville Open Air Fair
Sullivan University
Free  |  10 a.m.-2 p.m.
Join Sullivan University for the fall edition of its Louisville Open Air Fair. There will be a chili cook-off, dog costume contest, food trucks and goodies from Sullivan’s Bakery and Juleps Catering. Also look for some of the city’s finest local vendors whose wares will include artwork, produce and jewelry. The fair takes place in the parking lot in front of Sullivan University’s College of Pharmacy on Bardstown Road and Gardiner Lane. And don’t forget the pooch, since this is a dog-friendly event. —LEO

Yoga in the Street & Clifton Chili Cookoff
Frankfort Avenue & Pope Street
Free  |  11 a.m.
Don’t bother planning anything this Sunday, it’s already been planned for you. Start the day off with yoga in the street (between The Inner Warrior and The Silver Dollar on Frankfort Avenue), co-lead by yogis J Miles and Lee Schardein. No need to sign up — just show up with your mat. And then after you’ve tightened up your core, ruin all of that hard work with some delicious chili at the Clifton Chili Cookoff. Local restaurants from all over the city will be handing out samples of their take on chili. And then take a nap, ’cause you’ll need it. —Ethan Smith

‘Clinic: The Movie Comedy Show,’ a benefit for Puerto Rico
Comedy Caravan
$15  |  7:15 p.m.
Want to help Puerto Rico? A group of local comedians and actors have combined forces to raise money for “Puerto Ricans recovering from the devastation of Hurricane Irma.” Comedians include Mr. Bikey, Austin Rich, Justin Tabb and host James Ferguson. Five dollars of the $15 admission will go to the Clinic Puerto Rican Fund, and attendees are encouraged to bring canned goods. The cast is also gathering clothes and other items to send. —LEO