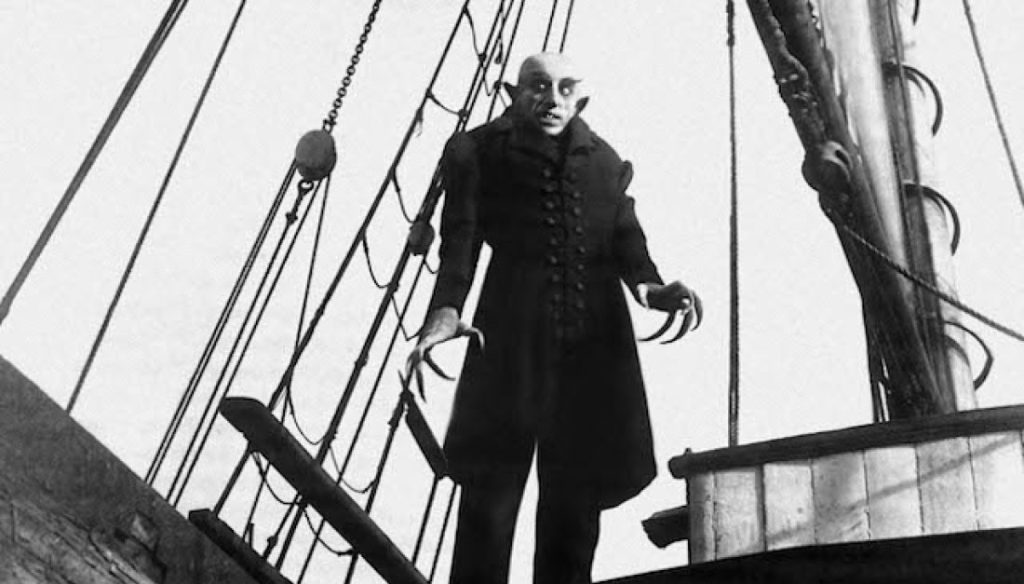 Still from the film "Nosferatu."

‘Luna: Tell Me Do You Miss Me’ + Tix Giveaway
Seidenfaden’s Cafe
Free  |  9:15 p.m.
Indulge in excellent vibes at this screening of “Luna: Tell Me Do You Miss Me,” which follows the band Luna’s tour in 2004-2005. And while you’re there, enjoying $1-off drafts and wells, you might also win tickets to the Luna, Eleanor Friedberger, Cat Casual & the Ordinary Bones show on Nov. 10 at Headliners Music Hall. And after the screening, Seidenfaden’s will show the “Galaxie 500 video collection.”

Taco and Movie Monday: ‘Young Frankenstein’
Old Louisville Brewery
$6  |  7 p.m.
Head to Old Louisville Brewery and wait for this Monday to blow over with a screening of a Mel Brook’s masterpiece: “Young Frankenstein.” And in between laughs you can enjoy a beer and taco special for $6, or splurge a little on beef or chicken tacos, empanadas or a quesadilla provided by Sabor Latino. Movie starts at 7 p.m.

The Only Authentic Taco Tuesday Fiesta Tacos and Tequila
The Ville Taqueria
Prices vary  |  11 a.m.-10 p.m.
The Ville Taqueria is making a bold claim, that it has the only authentic Taco Tuesday. How can it make such a claim? Well it has “tortillas made when you order,” and “the most amazing tacos you will ever taste!” Best of all, it won’t break your budget, so go and try $3 tequila citrus grilled chicken tacos and $3 tequila shots.

Black Box Film Cult: ‘Empire of The Dark’
Seidenfaden’s Cafe
Free  |  9 p.m.
Black Box Film Cult is continuing its mission to “bring you high quality crap” every month for you to openly mock and laugh at. This week’s film is “Empire Of The Dark,” a film with a plot that is “something about an ex-cop/bounty hunter who forgot he left his wife to burn in hell or something.” But the true star of the show is the “utterly mind-bending editing and gonzo special effects, featuring puppets, miniatures, action figures and stop-motion animation.”


Connecting Conversations: The History Of Neighborhoods and Race Relations
1619 Flux: Art + Activism
Free  |  5:30 p.m.
Join 1619 Flux: Art + Activism, a “non-profit focused on West Louisville that unifies diverse people through creative expression as a catalyst for social activism and change,” for a discussion on the “The History Of Neighborhoods and Race Relations.” Speakers include Jeana Dunlap (director Of Redevelopment Strategies, Louisville Forward) and Nia Holt (community advisory council member, UofL Anne Braden Institute For Social Justice Research). Drinks and appetizers will be served, and an interactive discussion follows the speakers.

Horror Movies in the Courtyard: ‘Rosemary’s Baby’
Copper & Kings
Free  |  10 p.m.
‘Tis the season for horror films, so join Copper & Kings as it screens “Rosemary’s Baby” on a large, outdoor screen. Everyone is encouraged to bring a chair or blanket, and brandy cocktails and snacks will be available, but no pets are allowed. In the event of rain, the film will be shown inside the distillery.


Simpsons Trivia Night Hosted By Jason Baragary
Old Louisville Brewery
Free  |  7 p.m.
Down a few beers (to knock loose the knowledge) and “find a future as a trivia champion at Old Louisville Brewery!” This time around the theme is “The Simpsons,” and the contest will focus on only seasons one through eight, aka the “good seasons.” And since it’s October, expect a “Treehouse of Horror” round. Trivia begins at 7 p.m., teams must be registered by 6:30 p.m. and everyone is encouraged to arrive early to reserve a seat.

23rd Annual Belknap Fall Festival (Oct. 13-14)
Historic Douglass Loop
Free  |  Times vary
The Belknap Fall Festival features artists, a beer garden, food trucks, family friendly activities. This year, the band lineup includes acts by MojoFlo, Quiet Hollers, Brigid Kaelin and more. It is the signature event in “A Week in the Highlands,” and also the site of the Kentucky State Championship for the Samuel Adams’ Stein Hoist. What the hell does that mean? We have no idea, but it sounds fun.

2017 Garvin Gate Blues Festival (Oct. 13-14)
500 W. Oak St.
Free  |  Times vary
What began as a jam session in a parking lot is now bills itself as “one of the most prestigious blues festivals between Chicago and Mississippi.” Set in Old Louisville, this two-day arts-and-music festival has two stages of continuous music from local and national acts, as well as food and drink from over 50 vendors. This year’s line-up includes acts by Frank Bang and The Cook County Kings, Tweed Funk, Tony O with Zora Young and much more. So what are you waiting for? Get out there and get your boogie on!

Great Lakes Pint Night: ‘Nosferatu’ (1922)
Baxter Avenue Theaters Filmworks
$5  |  Midnight-1:30 a.m.
Friday the 13th might be known as unlucky, but Baxter Avenue Theaters and Great Lakes Brewing are turning that around with this night of beer and vampires. There will be a midnight screening of the 1922 horror classic, and original vampire film, “Nosferatu,” paired with Great Lakes’ new seasonal imperial red ale (which also comes with a complimentary pint glass).