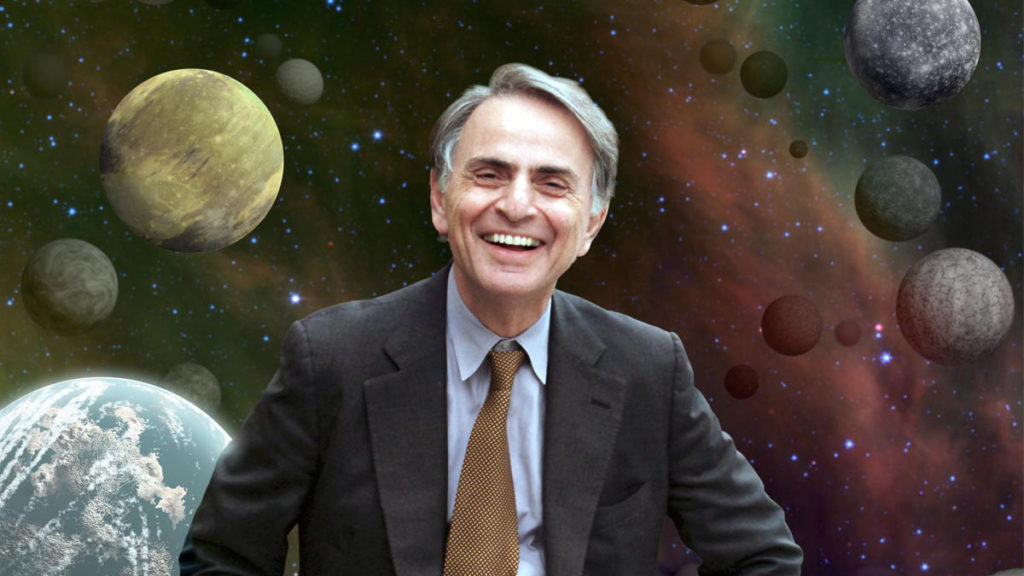 Carl Sagan Halloween Party!
Zanzabar
Free  |  7-11 p.m.
The Louisville chapter of the Planetary Society is throwing a Carl Sagan Halloween Party! Why? Because Sagan founded the national organization… and because he is cool. So bust out your best Sagan turtleneck and get ready for a night of Carl Sagan Costume contests, space trivia, “Cosmos” viewings, lively space news updates and a late-night dance party.

The Halloween Show!
Mag Bar
Free  |  10 p.m.-1 a.m.
Don a Halloween costume (preferably one you can dance in) and head to Mag Bar for a night punk rock. Live music provided by Chicago’s own Kali Masi and Louisville’s own The Unwashed, Dead Room Cult and Darlington Paris.

‘Iris’ Film Showing
The Butchertown Social
Free  |  9-9:30 p.m.
Butchertown Social is celebrating the work of local filmmakers at this Halloween party, with a screening of the short, horror film “Iris.” The film blurs “the line between reality and dreams” as a young girl is questioned by police about a house fire that killed her entire family. Enjoy free duck fat popcorn and, following the film, live music provided by Funkasaurus.

Fund Our Pensions Rally
Kentucky State Capitol
Free  |  5-7 p.m.
Join activist groups, public employees and people generally annoyed with the state’s handling of this issue at this rally in Frankfort. The rally at the state Capitol is intended to “reject the proposed changes to our systems and the challenges to our inviolable contracts, and we demand full funding of our systems,” organizers said.

Free Film: ‘The Death and Life of Marsha P. Johnson’
Speed Art Museum
Free  |  3-5 p.m.
As part of UofL Pride Week, the weekly WFPL radio show “Strange Fruit” is hosting a screening of the documentary “The Death and Life of Marsha P. Johnson.” The film examines the extraordinary life of the self-described “street queen,” as she and Sylvia Rivera “fought arrests, condemned police brutality, organized street kids, battled the intolerant majority within the gay community, and helped spearhead the Stonewall Riots.” The film also looks into Johnson’s controversial death that NYPD ruled a suicide, sparking protests and calls of negligence as the police “remained impassive and refused to investigate.”

Sweet Peaches Open Mic
Sweet Peaches
Free  |  8-11 p.m.
Sweet Peaches, the “only true deli/bakery” in the “heart of the West End,” is hosting an open mic night. Alexa Morgan will host, and delicious food will be provided by Sweet Peaches.

Worlds in Motion: Archaeology Lecture
Ekstrom Library, UofL
Free  |  6-8 p.m.
In the talk “Worlds in Motion: Ireland, the Atlantic, and Early Colonial America,” archaeologist Audrey Horning tackles the question: “What can archaeology tell us about early British colonization in Ireland and North America?” Horning will compare places such as Roanoke, Jamestown and Plymouth to their “lesser known Irish connections” and challenge the long held notion that “Ireland served as a model for New World English colonial ventures.”

‘Resilience’ – Film Screening
Louisville Grows
Free  |  6-8 p.m.
“Resilience: The Biology of Stress & The Science of Hope,” is a one-hour documentary about the “science of adverse childhood experiences and the birth of a new movement to treat and prevent toxic stress.” Louisville Grows, which aims to “grow a just and sustainable community,” will host a roundtable discussion with community leaders after the screening to discuss how the issues raised in the film can be addressed locally.

Howell Dawdy’s Karaoke Roulette
Zanzabar
Free  |  11 p.m.
This “game show version of karaoke” is hosted by the hilariously absurd musician Howell Dawdy. So if you are looking for some laughs and a good time, spin the “Karaoke Roulette wheel packed with bangers” and get a free taco from New Wave Burritos. And if you don’t like the song you get, spin again, or choose to “Push It” like Salt-N-Pepa. If you’re still not sure what you’re getting into, Howell Dawdy’s performance on LEO Presents might answer some of your questions (or raise new ones).