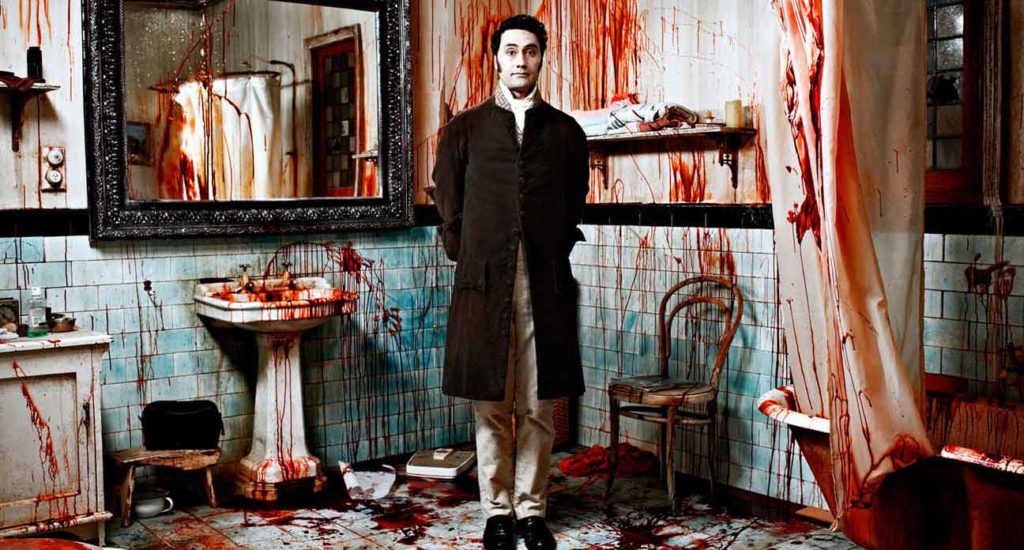 Promotional image for the film "What We Do in the Shadows."

Taco and Movie Monday: ‘Cabin in the Woods’
Old Louisville Brewery
Free  |  5 p.m.
If you’ve seen more than one “Halloween” or “Friday the 13th” movie, than you know enough about slasher movie tropes to enjoy “Cabin in the Woods.” It’s a clever, funny take on the genre that will change the way you view all slasher films. And if for some reason gory, horror movies make you hungry, enjoy a beer and taco special for $6, or three tacos for $6, provided by Sabor Latino. Movie starts at 7 p.m.

CHINA Town Hall
Louisville Free Public Library (Main Branch)
Free (RSVP)  |  6-8 p.m.
Curious how the world’s largest school system operates? Enlighten yourself at CHINA Town Hall, where journalist Lenora Chu will give a talk on “Chinese Education: What You Need to Know about the world’s largest school system.” Following Chu, former National Security Advisor Susan Rice will address the audience in Louisville, as well as over 80 other locations in America, via webcast, to discuss the “challenges and opportunities of what has been characterized as the most important bilateral relationship of the 21st century.”

Halloween Movie Night!
The Butchertown Social
Free  |  9 p.m.-2 a.m.
The Butchertown Social is screening two movies: “Halloween III: Season of the Witch” at 9 p.m. That’s the oddball Halloween movie that doesn’t involve Michael Meyers, but instead, Halloween masks that turn kids heads into piles of snakes and bugs. Following that watch the 2007 film “Trick r’ Treat,” which is an anthology horror film filled with all kinds of gory goodies. And this week’s, Butchertown Social’s suggested drinking game is “drink every time you see a Jack O’ Lantern.”


Filthy Gorgeous: Party Monster (1 Year Anniversary)
Mag Bar
Free  |  11 p.m.-4 a.m.
For one whole year, Mag Bar has been hosting Filthy Gorgeous costume parties, because what’s the point of having a bar if you can’t packed it with people in S&M gear or furry outfits every once in awhile. And now, finally, Halloween is here. This edition’s theme is the “original Club Kids.” The party will be hosted by N8 and Drew, with performances by local drag queens and live music provided by DJs Sleepy T, JP Source, John Penn and Narwhal.

Four Pegs Picture Shows: ‘What We Do in the Shadows’
Four Pegs
Free  |  7-10 p.m.
Four Pegs gets into the Halloween spirit with a screening of the film “What We Do in the Shadows.” It’s by the comedic minds behind the HBO series “Flight of the Conchords,” and is about four generations of vampires living in one house in the 21st century (think Nosferatu and Lestat under the same roof). There will also be a Deschutes tap takeover (because Oktoberfest) and a pumpkin smashing contest on the patio (because why the hell not).

Horror Movies in the Courtyard: ‘Scream’
Copper & Kings
Free  |  10 p.m.
Bust out your best in ’90s attire for this screening of the ’90s horror classic, “Scream.” The film will be shown on a large outdoor screen in the Copper & Kings courtyard, and a cash bar will be stocked with plenty of brandy cocktails and snacks. Bring a chair or blanket, and in the event of rain, the film will be shown inside the distillery.


We Still Like You: Louisville
Decca
Free  |  8-9:30 p.m.
“We Still Like You” is a show during which “comedians tell real stories of shame and embarrassment to a crowd of friendly folks while an artist depicts the story live!” Take a seat in the comfy cellar of Decca and enjoy comedy, cheap bar bites, live art by Brandon Jones and stories by Storytellers: Lucious Williams, Shelley Hoblit, Chris Vititoe, Bryan Vokey and host Mandee McKelvey.

GonzoWeen
Four Pegs
$5  |  8 p.m.
Gonzo Improv is returning to Four Pegs for a Halloween-themed show, GonzoWeen. The group perform the “short form that we are known for and debuting a new form.” So if you are looking for a little levity during a month filled with guts and gore, this is the place to be.