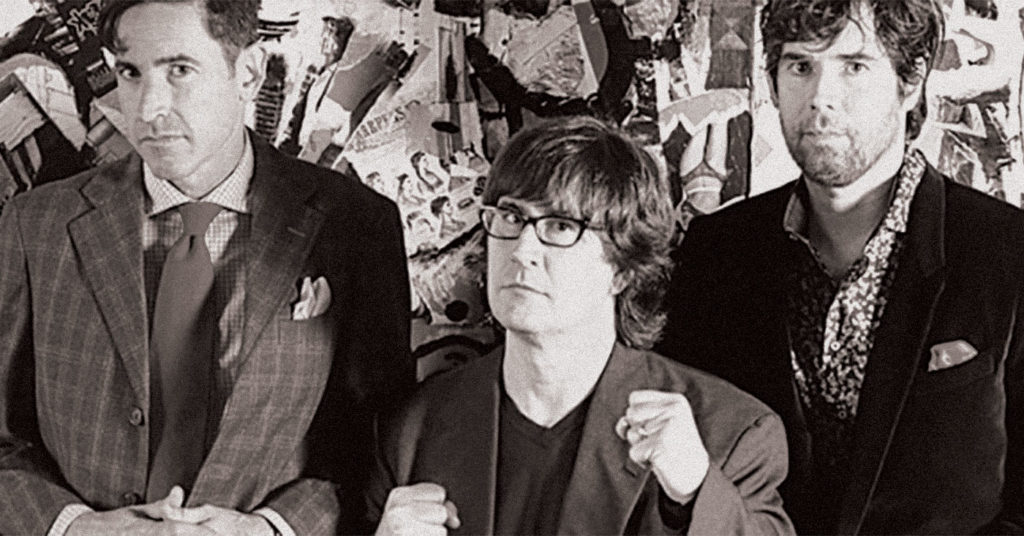 The Mountain Goats, a diverse, poignant indie band, have been a prolific force since the mid-‘90s. Before the band’s show at Headliners, we spoke with drummer Jon Wurster — also known for his time in Superchunk, and as a comedian, most notably on the radio show Scharpling & Wurster.

LEO: You’ve been playing with the Mountain Goats for a long time now.How did you get involved?
Jon Wurster: I met [singer-songwriter] John [Darnielle] in the mid-2000s after he moved to Chapel Hill, North Carolina. From what they’ve told me, John and [bassist] Peter [Hughes] were fans of the Scharpling & Wurster comedy CDs and they’d jokingly say, ‘What if this guy was in the band?’ In November of 2006, Superchunk and the Mountain Goats played “The Daily Show” 10th Anniversary Party in New York City and I sat in with John and Peter for a couple songs. That led to a U.S. tour a few months later and then the recording of Heretic Pride in August of that year.

This new album Goths explores a lot of themes around subculture and mystery. Do you think this is a general exploration into the subject, or one specifically within the goth subculture?
I think every musical subculture is chock full of failure stories. John found a great way of inserting some failure stories into a very interesting, rarely explored subculture: goth. John’s lyrics aren’t often described as funny, but there are several songs on Goths — “Rage of Travers,” “Andrew Eldritch” and “Wear Black” — that really make me smile when we play them.

I’m a fan of your #mynewworstfriend Instagram series. Are you able to isolate a post that has particularly stood out to you?
The #mynewworstfriend thing is a double-edged sword. On the one hand, it’s nice that so many people submit photos (I get at least 10 a day), but on the other, I’m shocked at how many horribly-named restaurants and products there are. To say nothing of the insanely offensive decals people put on the back windows of their pickup trucks. The Mountain Goats will be at Headliners on Saturday, Sept. 9. $26.