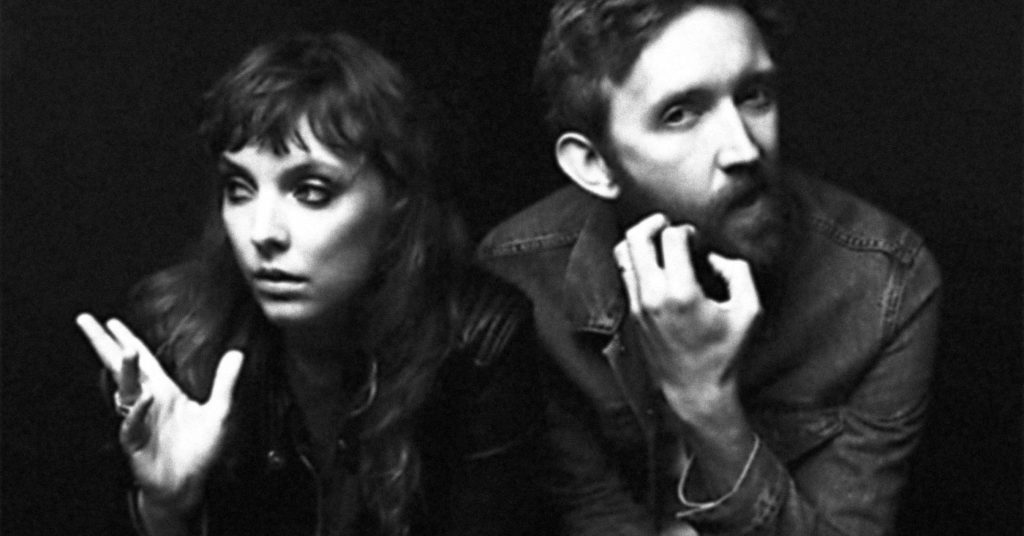 Amelia Meath and Nick Sanborn, the duo that you know as Sylvan Esso, shot to fame in 2014 with their self-titled debut record and hit singles “Coffee” and “Hey Mami.” Dealing with that fame and the pressure that come along with making a great follow-up all factored into What Now, a sophomore disc full of pop songs, sing-alongs and anxiety.

LEO: The first single, ‘Radio,’ starts to spell out the pressure you faced going into this record.
Amelia Meath: That’s exactly right. That song was mostly written in a conversation that I was having with myself about the pressure. The self-inflicted pressure of trying to succeed and try to prove it.

Nick Sanborn: And judging yourself for trying to play a certain kind of game. There’s always two versions of yourself in those arguments that you have where you see a certain thing happening and then half of you judges the other half of you that wants it.

The other big single on What Now is ‘Die Young,’ a song about falling in love. I thought it was interesting because, with the last year going that way it has, it’s falling in love when everything else in the world is falling apart. And it’s a great flip on the usual script.
AM: That’s the white hot center of the pop song, one clever turn of phrase that you can say over and over again, right? So trying to come up with a clever turn of phrase is the worst thing. That’s like telling yourself to go to sleep or something. But I had been trying to gently push my brain into coming up with something, and that was one that I was particularly proud of.

Somewhat surprisingly, I don’t find any outright political moments on the record. Writing in 2016 and then everything escalated after that, would this have been a different record if you knew everything that was still to come?
AM: I don’t know, honestly. Our job as being entertainers has taken on a whole new set of tent poles, now that we get to go across America and see what it’s actually like. Now more than ever the role of being an entertainer and being a crux and a resting point for people is more important than it’s ever been in my lifetime.

NS: When I listen back to the record, I hear us both filled with anxiety for a lot of reasons. But I think another big part of our job is to distill our emotional reality and concentrate it into songs. So even though we aren’t an overly political band in our music, one of our mission statements was to make music that doesn’t shy away how complicated being an emotional human being is. I hear that reality when I listen to this. I hear the tension and the uncertainty and the amplitude being turned way up in that year.

The album is called What Now. Have you answered the question?
AM: No! It’s just a cool forever march, which I’m down with.

NS: I think the point of that title isn’t that there’s an answer, the point is that it’s something you’re going to be asking yourself until you die. That’s just what it is. It’s just a condition. •