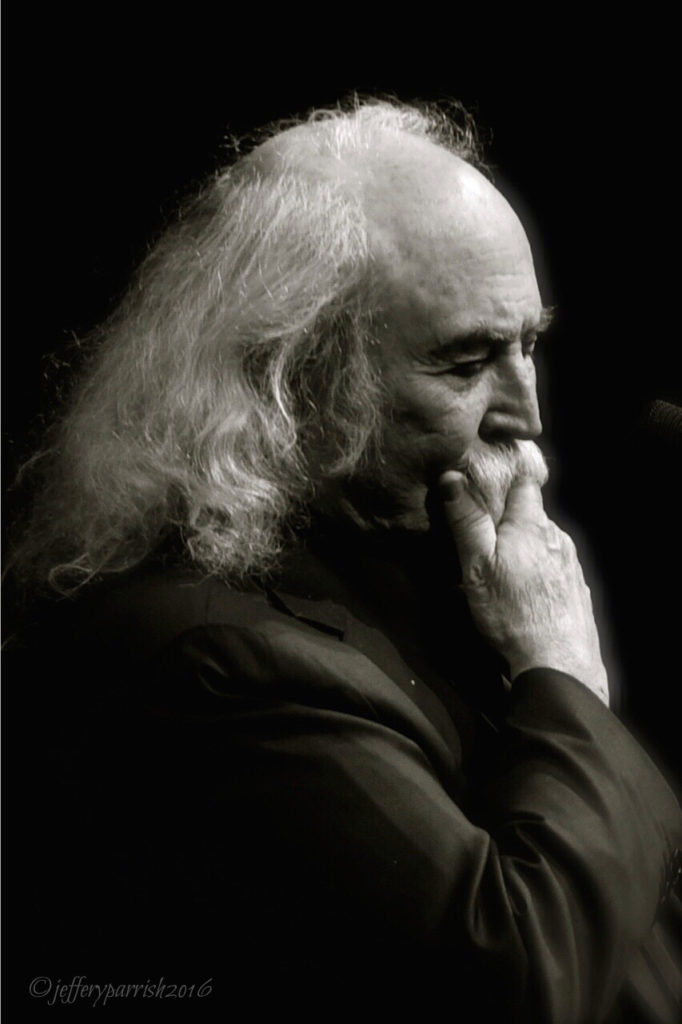 Jeffery Parrish met David Crosby at Harbour Island in the Bahamas in 1988. Parrish was managing a small dive shop, while the recently-sober rock star was on vacation, piecing his life together after battling an addiction that landed him in jail. They randomly ran into each other one day, and Parrish asked Crosby if he had ever been scuba diving. He had, but it had been a while, so on a slow day, Parrish rented Crosby some equipment and invited him to the practice pool. But, since the safe route has never really been Crosby’s game, he wanted to skip the pool and get right out into the ocean.

“We threw out the anchor in about 45 feet of water or so, and his threw on this gear rental gear … and it’s rental gear — it doesn’t really fit well, it’s cumbersome,” Parrish said. “We fall over the side of the boat, and I’m staying close to him, trying to look at his face. He’s just trying to orient himself in the water and deal with the rental gear. But, I looked at his face, and his breathing hadn’t changed and his eyes were normal, not wide open. You could tell the guy was completely comfortable in the water.”

While Crosby was there, they became friends and ended up diving together a lot more. Parrish even eventually worked on Crosby’s boat for a few years. And all of that lead to an unexpected project. For Crosby’s 75th birthday, Parrish took portraits of the singer-songwriter, which will be shown at Copper & Kings as part of next week’s Louisville Photo Biennial, which kicks off on Sept. 22.

“We became friends very quickly,” David Crosby said during a phone interview with LEO. “He’s a really nice guy. We wound up sailing together. I liked him a lot. I like being with him. And he was looking to do something else, and I asked him to be captain of my boat.”

Parrish, who used to take underwater pictures as a hobby, hadn’t picked up a camera for a while, but wanted to get back into photography, so he floated the idea of a portrait series by Crosby via email. He never heard back. Months later, Parrish took a trip to California, and the time he was out there happened to coincide with a solo performance by Crosby in Santa Barbara.

“I went up to Santa Barbara and connected with David, and we had a meal together, and we were talking about stuff, and, this is the day of the show, he says, ‘Well, you’re going to shoot pictures, right?’ ‘Yeah, OK, sure, of course I am,’” Parrish said with a laugh.

Parrish went to a few more shows, as well as Crosby’s 75th birthday party, to shoot photos and he eventually put together a book. In the meantime, Parrish met Paul Paletti at one of his gallery’s photography workshops. Parrish showed the book that day, and Paletti later approached him about publicly displaying them.

But, what is it about the photos that are special, and make them transcend concert photography and wander into the realm of art? We’ll turn to the subject himself, Mr. Crosby for that answer.

“I like how he sees a human, and that he has a really good sense of when is a great moment to capture a human — to catch somebody and be able to get an insight into them,” Crosby said.

See more photos and a full schedule for the Louisville Photo Biennial in the Sept. 20 issue of LEO Weekly.