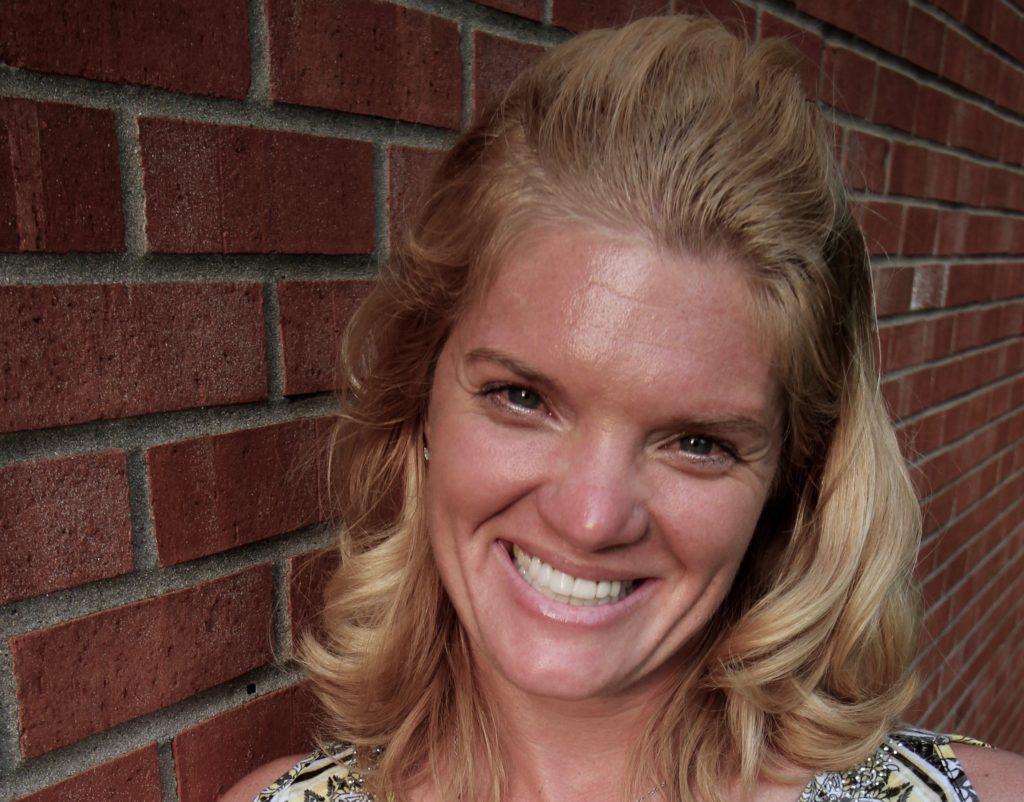 Carolyn Furdek has had her share of stresses — and then some. She’s been an accomplished soldier and athlete, but she’s been staggered by misunderstood mental health issues. These have mandated life changes, and caused her to search far and wide for the means to stay healthy. After suffering and observing indignities to fight back against recurring symptoms, she’s learned much. The experiences have led to the book “Locked-In: A Soldier & Civilian’s Struggle with Invisible Wounds,” which Furdek will read from at Carmichael’s Bookstore on Thursday.

The path that Louisville’s Furdek traces includes competitive swimming and studies at the U.S. Military Academy at West Point, followed by multiple Army deployments in Afghanistan and Iraq. Suddenly, while doing intelligence assignments in a war zone, she was overcome with an episode of paranoia and extreme difficulty communicating. Unable to perform to the Army’s needs or her own high standards, she was pulled back for hospital care — where she experienced the confusing and often-discouraging treatment of service members in need of mental health diagnosis and therapy.

She struggled mightily to get back to the comrades she left behind — and succeeded, but relapse led to disability dismissal. She has since assertively assembled an admirable social and professional support network, including a new career as a doctor of physical therapy — but she continues to have some periods where she is, as she puts it, “locked-in.”

Along the way doctors and clinics, some of whom seem as frustrated as she is, gave her diagnoses that just didn’t fit. She came upon the work of Dr. Ritaff au-Mallek, who recognized her symptoms as “cycloid psychosis.” Unfortunately, this diagnosis isn’t fully accepted among medical standards — leaving Furdek trying to keep well and further understanding while negotiating the patchwork that is today’s American mental healthcare.

LEO recently spoke by phone with the author, who realizes what a compounded dilemma she has faced — with veterans’ mental-health issues poorly understood, and her own condition not even readily recognized: “When it comes to mental health in general, you’re dealing at times with subjective medicine. Normal symptoms you may have in a hospital related to a traumatic injury or heart attack — you can pick up markers in the blood, or you can pick up X-rays. When it comes to mental health, there’s not a lot of markers you can pick up — though recent research is finding some ways.”

She has acknowledged the temptation to let inner discouragement become stronger. However, to counter this, she said, “I think that an attitude to never give up, to keep moving forward and to not accept ‘I don’t know’ or ‘we’ll never know’ as an answer, has kept me. Plus maybe an internal drive that perhaps I’ve had all my life.”

Furdek knows that she’s not been alone on her journey, and that’s part of the genesis for “Locked-In”: “The book started out as a long email to [her mother] and to my father and to my medical providers to tell them a bit of my story, and to thank them for what they’ve done for me for so long.” With her story in place for the record, spreading the word has brought her in close touch with the Louisville-based Athena’s Sisters, which receives proceeds from sales of the book. This organization, Furdek said, “encourages female veterans to share their stories in whatever form is right for them — whether through artwork or music or storytelling or book writing or  poems. I love the whole purpose of that — to share your story. Because you never know who it can help.”