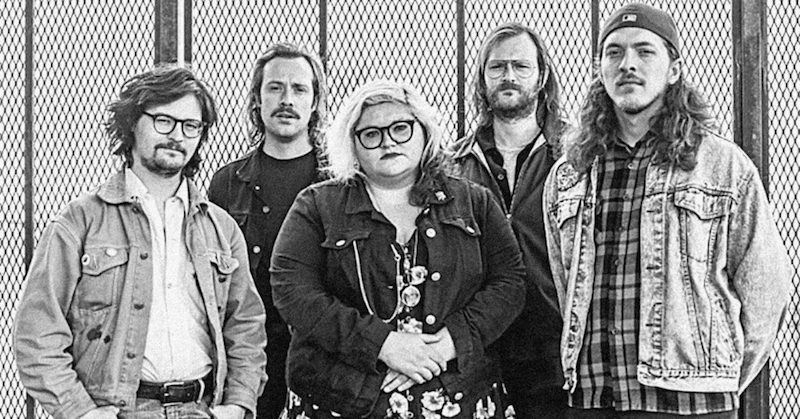 The music industry has changed. Bands lean heavier on the road as a source of income as streaming has complicated sales. Music journalism has changed. National publications don’t have the resources or desire to cover scenes like they used to, banking mostly on vapid news and quick-hit MP3 regurgitations in the age of instant information and clicks for cash, despite several really great writers still circling around. So, naturally, the way music journalism impacts the music industry has changed.

We really don’t see acts such as the Eagles or Arcade Fire getting launched into stardom by Rolling Stone or Pitchfork anymore, and last year there was a sweeping conversation about whether the album review was still even a relevant format. But if you look at it closely, music writing can still impact bands and the buzz surrounding them, just to a lesser degree, and in a more fragile bubble.

For the last few years, we’ve seen that through Sheer Mag, a riff-driven throwback rock n roll band that sounds like Exile On Main Street-era Rolling Stones meet The Runaways. The thing is, Sheer Mag understands the game as it currently stands, opting to dive in slowly, instead of riding a wave of hype and burning out.

Despite getting positive feedback and write-ups early and often, Sheer Mag waited to put together a full-length album, instead releasing a series of EPs over three years, using short snapshots to build their sound. And this year, their patience paid off, with their debut full-length, the dive bar rock-’n’-roll gem, Need To Feel Your Love.

“We were just waiting to see what we wanted to sound like, I think,” Sheer Mag singer Tina Halladay said. “We just knew that we weren’t ready. When you only have a few songs, it’s silly to commit fully to something like that. We would have just been a hype band, and gotten too big for our britches, if we would have just went along with everything that was thrown at us. We were just trying to figure it out without a lot of other stuff getting in the way.”

Instead of losing steam, through three EPs Sheer Mag’s unhinged, urgent, punk-infused sound continued to build momentum, making Need To Feel Your Love a highly-anticipated record of 2017 by indie standards. And it delivered, as it doubles down on the raw energy that initially caught people’s attention, but sounding more refined and well-rounded.

“Hopefully we outlived that weird hype that makes bands appear and disappear, but we still don’t know,” Halladay said. “Hopefully we can just continue to be a band that makes music that people care about. It’s kind of hard when people are telling you that you are doing the wrong thing. Some people say ‘Take what you can, when you can.’”

The members of Sheer Mag met in college. Most of them went to State University of New York at Purchase, but it wasn’t until they all ended up in Philadelphia that they started a band. Other bands that they were in fizzled out, and they all decided to move into a seven-bedroom house they called the Nuthouse, where everything fell into place.

“When we moved in together, we were like, ‘Why don’t we just start a band,’” Halladay said.

While they no longer call The Nuthouse home, it was where they wrote their first songs, recorded their first album, and maybe most importantly, played their first show. As you would expect from a band that has guitar lines that sound like they could knock your teeth out, and a singer that blends soul and punk into a hurricane, that show took place in a grungy basement. They played the four songs that ended up on their first EP, plus two covers — “Saturday Night” by the Bay City Rollers” and “School Days” by The Runaways.

“Everybody was like, ‘That was fucking amazing. You sound like Thin Lizzy.’ And stuff like that. And we were like, ‘OK,’” Halladay said, with a nonchalance that stressed a bit of disbelief. “I think we thought it was something worthwhile and special. And there was nothing else that we really wanted to do besides play music.”

And going all in on Sheer Mag was the first bet they made in a series of gambles that continue to pay off.