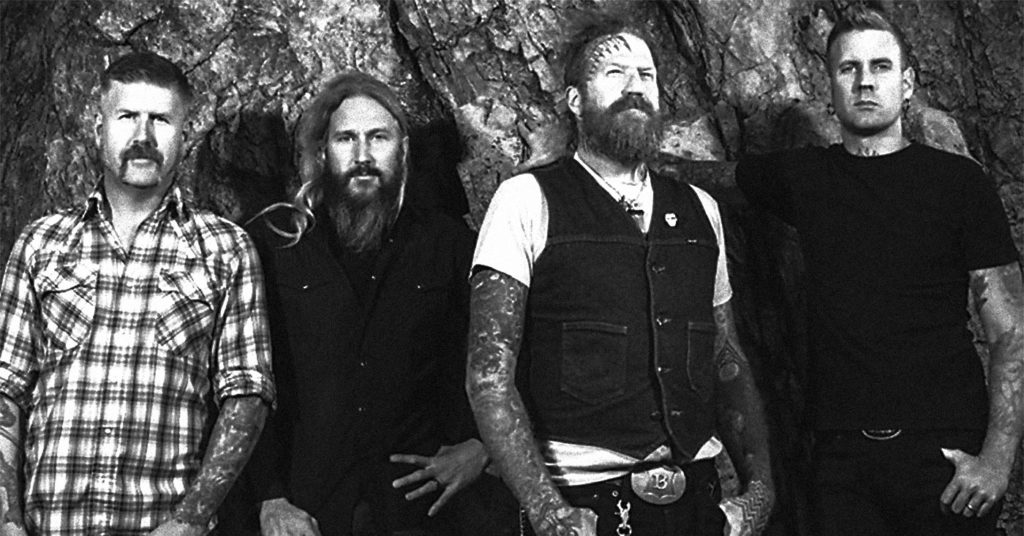 For the last 17 years, Mastodon has been a juggernaut in the world of heavy metal, releasing albums to critical acclaim and touring the world. The band’s seventh album, this year’s Emperor of Sand, blends their epic scope and visceral riffs with the conceptual edge for which they’re increasingly recognized. Superficially a story of desert survival, the album serves as a metaphor for cancer — the loss and struggle part and parcel to the disease. We caught up with bassist/singer Troy Sanders a few days before the band released their latest EP, this month’s Cold Dark Place.

LEO: How has the band evolved over time?
Troy Sanders: We’ve definitely become much more handsome men. We still believe we’re getting bigger and better. The well of ideas is still full. There is nothing that is spoken beforehand. If someone has an idea that sparks an interest, we go with our guts and what’s happening in the moment. All subject matter is focused on the events of the last two years between album cycles. We’re not just showing up to practice and blasé, just spitting out riffs to put out a record. We’re still very much enthused and thankful to be in Mastodon. The flame in our guts is hard to extinguish.

Is there an inherent masculinity in your music?
Myself and my three bandmates are very comfortable in our own skin, and we have never needed to prove our own worth. It’s founded on a very selfish manner, that we want to make the music that we want to play. Looking back, it’s the purest way to make music; we’re not trying to please anything. But I don’t think the four of us have thought about that or cared about that.

What went into making Emperor of Sand? What was the writing process like and how did it compare to other albums?
The making of it was a little more demanding and painful. Our guitar player Bill had just lost his mother to brain cancer. Thankfully, it fueled his fire in a positive way. He sat down for months and months and let music be his therapy. He thankfully turned a negative into a positive. I missed a bulk of the recording, because I was dealing with my wife’s battle with cancer. We were very glad that Warner Bros. were behind us again, but you know, with this heaviness with what had just happened and what was going to happen, but I knew that this needed to be done. Basically, we were fortunate to combine our grief, our frustration, our anger, and every emotion we were feeling under the sun, making it the most powerful piece of art that we’ve created.

Now that I’ve had a chance to live with it, I can look at that record and feel that what we were making was powerful and tough as nails. It’s got everything that I loved. The drumming is phenomenal. The guitars are tough and tasteful. I’m very thankful of the tag team vocals that we do. The way I look at it now is a complete 180 than the way I looked at it. It’s been a whirlwind of emotion.

How do you pick a theme?
It has to come from an idea, so that we can create the ultimate storyline together. The Hunter for example, had no theme. This one is very much a conceptual record. If someone has an idea that we believe in, we can have that idea. Most of our albums have been thematic or overall conflict. It’s not like the next one that we do is going to be a concept record.

Speaking of, given the band’s use of themes in the past, is it hard to break up songs for a set list? What goes into putting together a cohesive set or album for that matter?
We definitely want our live set to be a nice ride, like we sequence a record to be absorbed as a whole. Same thing with our live set. Having eight albums now, it’s kind of hard to do. There are always songs we want to play, but we can’t, because we feel like that’s too much. If picking a set list is a problem, that’s a good problem. We know that we can’t please everyone.

How does Cold Dark Place differ to Emperor of Sand or is it in any way a counterpart?
They’re songs that we’re proud of. It’s something we’ve been talking about for a few years. Something fresh. We’re glad that it’s going to be a physical product. I’m excited for people to hear it.

How did you all score that Game of Thrones cameo? What was that like?
Dan Weiss, one of the producers of the show, is a giant Mastodon fan. That’s an enormous compliment. Having one of the creators like it. Every time he works in Northern Ireland and we’re playing he comes to our shows. Wildlings aren’t that different than Mastodon fans. •