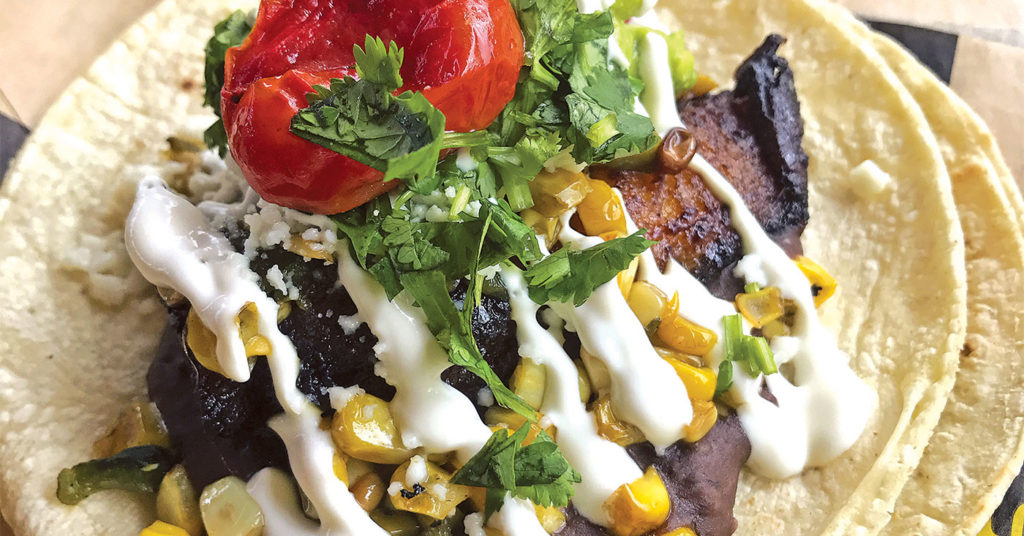 I can’t think of a better way to get my attention than to tell me about a new eatery that serves world cuisine. Clue me in, and I’ll be there before you can drop a Salvadorian pupusa. Heck, even another Thai, Korean, Indian or Mexican joint will get my motor running.

So when I learned that a new Indian place, Himalayan Restaurant, had opened on Bardstown Road at virtually the same time as El Taco Luchador launched its new St. Matthews branch, I started spinning like a falling cat with buttered toast strapped to his back.

Flip a coin? Nah, let’s do both. I’m tough. I can handle an Indian repast and a taco lunch during the same week, right?

Himalayan Restaurant popped up in mid-August in the glitzy black-marble and glass venue that had housed Brownie’s The Shed, and there hasn’t been much change in its upscale sports-bar look; even the framed pictures of the Green Bay Packers’ Lambeau Field and sports heroes’ portraits remain on the walls.

The food, though, is all new, and it’s pretty good Indian cuisine, worth a return trip. Despite the name of the restaurant, which was endowed by its Nepalese-immigrant owner, the cuisine is not Himalayan, mostly, but familiar Indian fare, leavened by the presence of momos (Nepal’s and Tibet’s answer to potstickers) and a couple of Indian dishes noted as Himalayan style.

A $9.99 lunch buffet looked well cared for, but its relatively-limited 12-pan selection didn’t include any Himalayan dishes, the server said. We ordered from the dinner menu, which offers about 60 entrées priced mostly from $9.99 to $13.99, with a few tandoori grill items and combo platters topping out at $16.99.

A complimentary basket of pappadams, crisp-fried, thin lentil wafers with tangy tamarind sauce for dipping, kept us occupied while we waited for our lunch to arrive. A couple of salty lassis ($2.99 each) were idiosyncratic. I’m used to this traditional salted yogurt-based drink being rich, thick and tangy, but this Northern Indian version was thin and milky, heavily scented with cumin.

We mined the menu for characteristic Himalayan dishes and came up with an appetizer order of seven momo dumplings ($7.95), steamed half-moons of thick, stretchy wonton dough wrapped around finely-chopped veggies, with a spicy, herbal orange dipping sauce alongside.

Another typical Indian app, seven onion pakoras ($3.99), were crunchy balls of thick-sliced onions held together with chickpea flour and fried hot and crisp.

Main dishes, lamb vindaloo ($12.99), and aloo matter ($9.99), were spicy and aromatic, as I love in Indian food, although their flavors tended to merge in a gravy-like sauce, rather than sing out solo riffs as do the most memorable Indian dishes. The lamb was cubed and stewed with good lamb flavor; the aloo matter was full of potatoes and peas in a fiery sauce that made me glad we had plenty of hot basmati rice and a basket of delicious naan ($1.99), fluffy, light and slathered with ghee.

Over in St. Matthews, the old Meridian Cafe has been transformed and taken South of the Border in a substantial remake. The old house stands revealed in bold red-and-white colors and large murals, no longer concealed behind two large shade trees, which manager Rick Moir said had to be removed

In the aftermath of controversy over a bank’s removal of a huge oak tree on Shelbyville Road nearby, some neighbors were prepared to take up pitchforks and torches when the cafe’s two old trees came down. But it wasn’t a matter of choice, Moir explained on the LouisvilleHotBytes forum. One large tree was dead, the other was ailing and likely to fall and the trees and large bushes contributed to many near-wrecks.

You can certainly see the restaurant now. No longer hidden a block away from the St. Matthews strip, it’s now boldly visible, inviting visitors off the main drag. They’re pouring in, too. Long lines extended outside the front door at noon on a Tuesday, and counter staff was working hard to keep up.

Like the original shop that continues in operation at 938 Baxter Ave., El Taco Luchador’s menu of Mexican street food is brief and affordable, with Mexican-style tacos from $3.25 to $3.99, and hefty tortas topping out at $10.25.

One of the nicest things you can do with corn on the cob is make it into elotes callejeros ($3.99), a good-size roasted cob slathered with mayonnaise, earthy cotija cheese and spicy chile pequin.

With a Jarritos Tamarindo, my favorite soft drink, a quick, filling lunch for one was $10.85, plus a $5 tip because I don’t tip less than $5 when lunch is as cheap as this. •