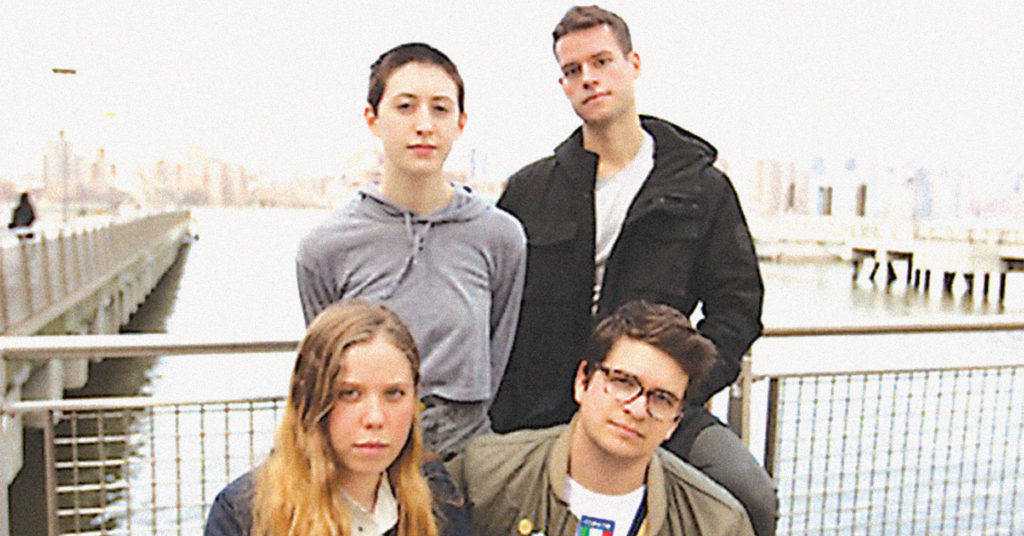 Greta Kline began home recording and releasing albums as a young teenager on Bandcamp and gained a loyal following due to her unedited, honest and sometimes embarrassing diary-esque songs. To date, Kline has released over 50 albums, mostly under the monikers Frankie Cosmos and Ingrid Superstar. We caught up with Kline before Frankie Cosmos performs at Zanzabar on Monday.

LEO: You have now released 51 albums, most of which while in your teenage years. How do you account for the sheer amount of work you have released in under a decade?

Greta Kline: I don’t really know how to account for it… I just made it. I’m always making music. It’s how I have conversations with myself. It’s good for me.

One could say that your Bandcamp recordings resemble an audio diary. And it seems to be that honesty that has gained you quite a loyal following of fans who are going through similar issues. But, does this openness of deep personal feelings broadcast to the world cause problems with those closest to you, such as your relationship with musician Aaron Maine?

I have always tried to keep my songs vague or fictional enough that the people I talk about aren’t damaged by the stories I tell. Even when no one was listening, I sometimes used fake names, etcetera. But, I also think that issues in relationships often come from within, and so the same issues show themselves in multiple relationships. So, a lot of the songs I put out can be about a lot of different people in my life at once — or at different times. More likely, they’re about myself. I think most of my songs aren’t too specific to one relationship. At a certain point, you have to take responsibility for the relationships you seek out or maintain in your life — you are half of every relationship you have with another person. So most of the songs I wrote about that relationship are really about myself and my relationships to a lot of people, questioning the dynamics and wondering why I am in those situations or feeling a certain way. Songs were a place that I explored those questions. But yeah, they caused friction. I don’t think he enjoyed being portrayed as the worst parts of himself, but sometimes that’s how I saw him.

Do you ever feel pressure to continue writing in a particular manner, or has your writing style changed now that you have a broader audience base?

I don’t worry about who is hearing it. I think communication is a joke. It’s not like I’m expressing everything perfectly — it’s a never-ending process. And there’s no way that I can control how anyone else is going to hear what I’m saying. I’d rather just make the song I want to make, and let people get what they want from that. Also, being a touring musician is a crazy lifestyle… I can’t imagine choosing to do it if it wasn’t getting exactly what I want out of the songwriting aspect of it.