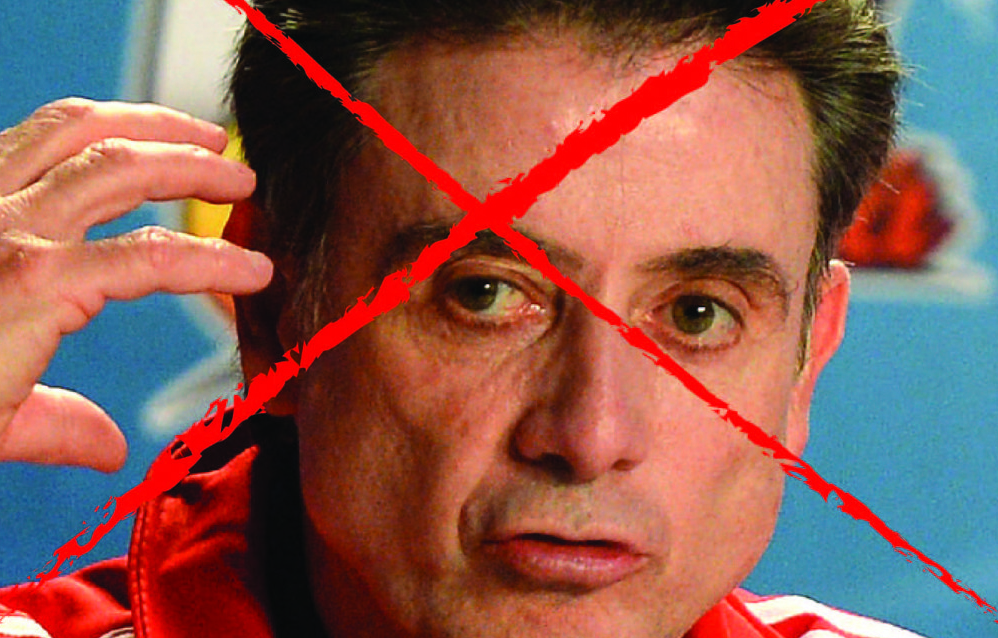 A corrupt culture has been allowed to permeate UofL, sacrificing the school’s core purpose — education — in exchange for wins. This has harmed not just students, but the entire community. UofL fans have been held hostage by their benevolent, winning captors. Today is the day UofL hits rock bottom.

With the removal of Rick Pitino and Tom Jurich, we are free to start rebuilding an institution that will make us proud, not ashamed.

Interim UofL President Greg Postel appears to be doing everything he can, as fast as he can, to restore integrity to the university. We should help him by not dwelling on the past, but focusing on the future.

Most important, this means restoring the institutional hierarchy where academics comes first — where the sports institution supports the academics.

I’ve been a UofL fan my entire life. I’ve followed UofL around the country from the time I sat in my parents’ laps to the last game they played — a loss in the NCAA tournament last year in Indianapolis. Like many of you, I have season tickets for this upcoming season.

This is to say, my UofL fan stripes are well-earned and shall not be questioned.

(On the other side of the coin, to UK fans: Don’t get into the Twitter battles with Cards fans this week. Let us work this one out amongst ourselves… we’ll face reality much sooner if we hear the truth from within.)

This harsh, abrupt end had to happen. In fact, it should have happened before this week. Under the reign of the now-former administrative body, the entire city had become too beholden to the winds of UofL athletics.

My heart goes out to every sports bar around town, which will truly be the victims of this scandal. Yet, January through April in Louisville had become all-consumed with basketball. It was like four months of Derby week, where the town functioned on three-day work weeks. We stopped asking questions, and just accepted that we’re a college sports town.

The city and even the academic institution had become a host subject for its athletics program. As the school’s academics continued to see budgets and programs cut and its students paying more and more in tuition, its sports facilities flourished. In short, while the university couldn’t support a $20,000 commitment to its student-run newspaper, its football stadium is in the middle of a $63 million expansion.

Former Head Basketball Coach Rick Pitino made a little over $7 million per year.

The city and the university’s supporters needed this wake-up call.

This is the result of corruption that allowed for third and fourth chances to go unpunished — in other words, the warning signs were there, just not the leadership… Former Head Basketball Coach Rick Pitino was on his second second chance. Athletic Director Tom Jurich was the enabler who allowed the inexcusable behavior to be excused. Former UofL President James Ramsey was the Godfather who profited off of everyone’s on-field success.

Head Football Coach Petrino, possibly the most overtly morally compromised of them all, has also been enabled… in exchange for wins. He lied to UofL and UofL fans his first time through, he betrayed his NFL organization and team 13 games into a 16-game season, and he was ousted from Arkansas as the result of a sex scandal. He should be removed after the season, as well. (To do it in the middle of the season would be unfair to his players, but, after another 9-win season and $4 million, he should be bought-out as well. Clean house.)

Finally, because UofL fans have been the unquestioning, trusting victims in this quake, UofL should follow Auburn University’s example and offer refunds to fans. First, we are owed: The fans are the ones who have supported the programs through the last several years of scandals. Second, the tickets we’ve purchased were for a season that will never come: UofL won’t be playing in games that matter or for seeding in the NCAA tournament; UofL won’t be competing for a national championship or a banner.

So, out of respect to its biggest fans, UofL should make this gesture. I’m sure Cards Nation will return the favor. After all, we are a college town.