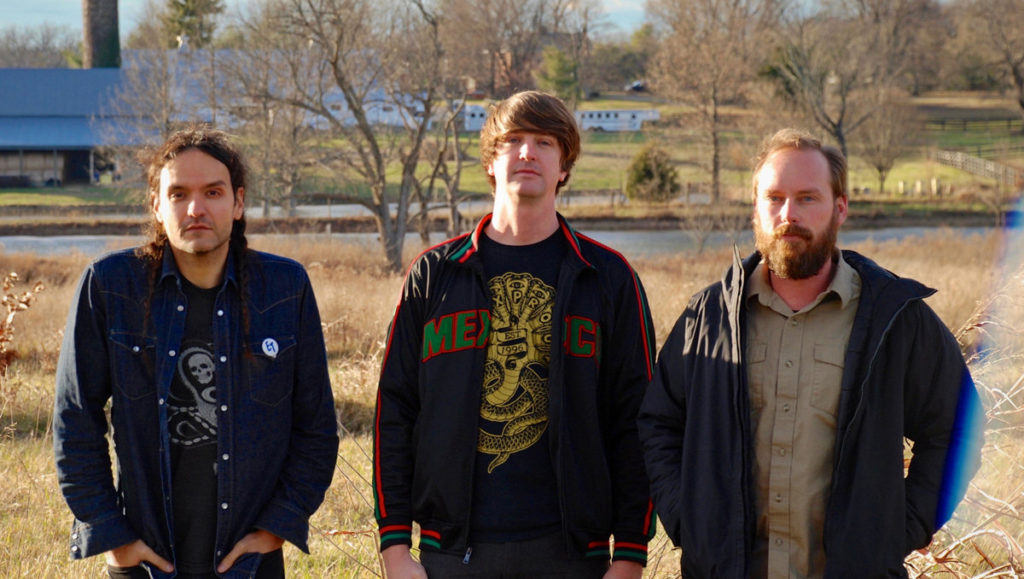 Blackbirds of Paradise — “Fish Don’t Sleep”
There is a relaxed indie lounge vibe to “Fish Don’t Sleep,” the newest single by Blackbirds of Paradise. The track leans heavily on the mellow feel of the vibraphones that open the track, a shimmering, soft swing. The vocals are dreamy, hanging in the air just above the mix for an extra touch, a siren song for the world weary. There is a tropical, Stereolab-esque quality to the music, filtered through the psychedelia of Melody’s Echo Chamber, a cool kind of calm with a driving internal narrative, that never lets that energy expand beyond a simple groove. You can practically feel the cool ocean breeze on your cheek, the sand slowly slipping away under your toes, and the sunset on your back, the stuff of sweet memories.

See Tai — “Brother Sun”
“Brother Sun” by See Tai leads with a drum machine, a mechanical lockstep that drives the beat along, like a post-punk take on ‘80s Genesis, soaked in a melancholic darkness. There are echoes of new-wave bands such as Love and Rockets or the The Jesus and Mary Chain, albeit with a comparably upbeat tempo and timbre. See Tai has an excellent ear for pop music, balanced equally between chiming guitars and wobbling synth work, the background for his heavenly voice. See Tai makes it seem simple, working a solid groove and building out from there — angst-ridden, but mature enough to process those feelings at the same time.

Methodical Wun — “J/S (Just.Saying)” ft. Mr. Goodbar
As an emcee, Methodical Wun has a relaxed flow, spitting his truth. Which is where he shines, never hurrying his message, letting it stream out of him as needed. Backed by the always-welcome Mr. Goodbar, who handles the hook, “J/S (Just.Saying)” attends to living life to the fullest and staying in the moment without losing sight of where your from. As a Louisville-centric track, this feels less like a nostalgic cash-in, and more as a homage to his hometown, something with universal appeal. There is something soothing about taking stock of your surrounding and enjoying it for what it is, not what it could be. It’s that zen that so informs Wun’s work here, atop a beat that has a commanding presence.

Watter — “Shadow Chase”
Imagine, if you will, the score to “Tron,” a futuristic, high-tech realm, as a spaghetti western, and you have a hint at what the song “Shadow Chase” is. The debut single off their impending album, the track promises a noir-ish retro-futurism, Vangelis by way of Morricone, as interpreted by members of Grails, Slint and the Shipping News. Instrumental, “Shadow Chase” is transportive in scope, a bleak dystopian landscape, barren save for the obstacles set before you, and one that you are destined to overcome. This is the central montage in a movie, the race against time, with infinite possibility awaiting you.

Adam Rains — “Hey Hey, My My (Into the Black)”
Straight out of the gates, Adam Rains sets a heavy and plodding tone to a classic Neil Young and Crazy Horse number that builds on the moodiness of the original with layers of fuzzed-out guitar and heavy-footed drum work. This is shoegaze metal, My Bloody Valentine meets Harvey Milk for a detuned bliss out, reverb soaked and absolutely crushing. Rains has a masterful hand at composition with the guitar, reimagining this as a dirge-like meditation on distortion as much as the bleak and austere nature of Young’s lyrical content. This is as dark as a track as it gets, gloomy and brooding, a stoner metal masterpiece, updated for the modern listener, as filtered through decades of sludge.

Tomberlin — “You Are Here”
An undercurrent of great strength and perseverance runs through “You Are Here” by Tomberlin, one made sublime by the earnest nature of the performance. Tomberlin puts you in the room with her as this is playing, a constant and familiar companion that you just met, a friend that you never knew you’ve had all along. It’s easy to attend to her music as folk or singer-songwriter, which is true in some aspects, but inaccurate all the same. Joined by producer Owen Pallett, there is a delightful use atmosphere in creating her sound, one that seems wholly organic in nature, but employs a host of instrumentation to achieve. There are subtle synths and electric guitar effects, pushed to the back to make way for a gently-strummed guitar, and layers of Tomberlin’s beautiful voice.