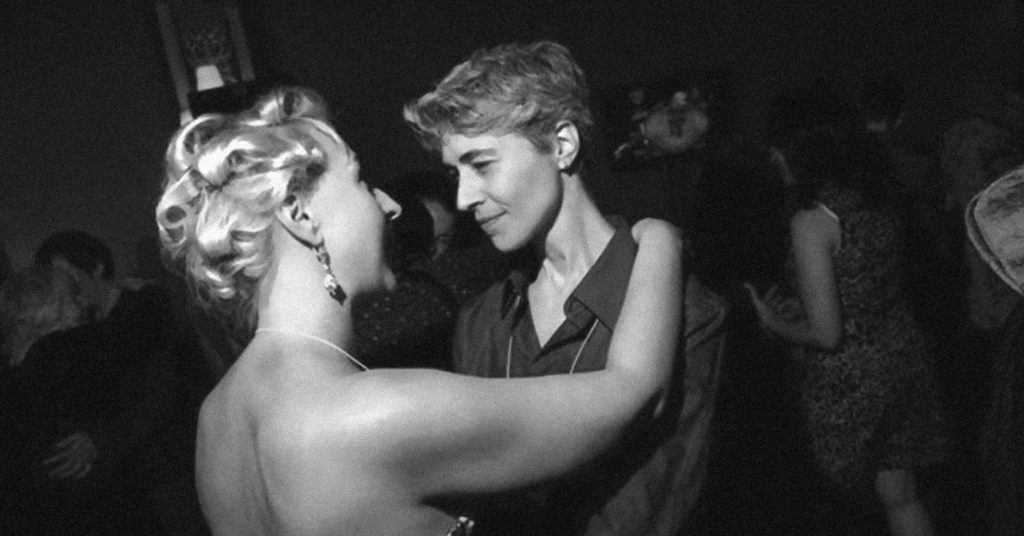 Anyone who knows Hollis Bulleit knows she was the brand ambassador for her family’s barrel-aged boon of a business. Her flawless 1920s, flapper style and signature smile helped build the Bulleit Bourbon brand and earned her the well-deserved title of “The First Lady of Bourbon.”

It was also no secret that “The First Lady of Bourbon” had a first lady of her own. Her personal website even features cute, quirky comics of her adventures with her partner, Cher.

But as folks might have seen recently, Hollis has alleged she and Cher were pushed out of the family — and the business they built — over the last holiday season because they’re part of the LGBTQ community.

Tom Bulleit, the bourbon’s founder and Hollis’ father, has defended his family and their business in a brief but widely-distributed letter to the editor — “Betsy and I firmly believe that neither bias nor prejudice should play a role in society.” But it’s hard to ignore the raw, authentic, textbook-pattern description of familial exclusion Hollis shares on her public Facebook page. It’s the subtle, often silent discrimination LGBTQ people face over holidays and at important family gatherings.

She wrote in July, there’s a “…misperception that homophobia within a familial construct is often misconstrued as private business. This perspective is the root of large spread public homophobia and leads to the acceptance of hate crimes. Since Cher and I have been together she has been excluded from ‘the family business’ from the start … In the course of ten years Cher and I spent less than three weeks time in the company of the Bulleit family. I was forced to deflect questions about my family at work events which put me in a horrible position not of my making; either through assumptions, omissions, or direct advice.”

This is an all-too-familiar tale for LGBTQ people, whose anxiety can increase exponentially over the holidays, which results in the disproportionately high suicide attempt rates in our community during these times.

Hollis shared, “In 2008, I was asked to come home for Christmas; yet Cher was not invited. The only holiday that we attended was Thanksgiving in 2016, and then we were promptly uninvited via text from the following core family Christmas. And because family was business and intertwined with a global corporation, I find it odd that I did not benefit from the departments and safeguards that are put into place to either intervene or provide mediation or educational diversity training as would be the expected protocol for employees in this type of situation. In light of my experience, I do not understand how the company I worked for is on many of the top 10/ 50/ 100 ‘best places’ for LGBTQIA employees to work.”

Her tale is a stark reminder that even where LGBTQ discrimination protections may exist, if the culture of a business isn’t truly inclusive, all the policies and procedures in place may not matter very much.

Shortly after Hollis’ public postings, Bulleit’s parent company, Diageo, released a statement refuting the situation: “It is unfortunate that we were not able to come to terms on the multi-year contract that we recently offered to Hollis. However, to insinuate that the failure to do so was due to bias of any kind is simply unfair and inaccurate. We are very proud of our long track record of work, through many of our brands, to support the LGBT community. We are appreciative of Hollis’s past efforts on behalf of the brand and the industry.”

For our part, the Fairness Campaign and Shelbyville Fairness reached out to Diageo back in February 2016, in anticipation of their new Shelby County Bulleit Distillery. We wanted to see if they might join the Kentucky Competitive Workforce Coalition, a group of Kentucky employers in support of a Statewide Fairness Law that would ban LGBTQ discrimination in the Commonwealth. We received a brief, polite response in March 2016: “As you can imagine, we’re hard at work getting the distillery up and running so that we meet our goal of being operational by the end of this year. Right now, all of our efforts are focused on construction and start-up; however, once we’re more settled, we’d welcome the opportunity to get to know you better.”

But nothing from Diago since, despite our repeated follow-ups.

The brush-off may be nothing more than administrative backlog, but it doesn’t help refute the accusations and perception Hollis has put into the public sphere.

Where is Bulleit Bourbon and Diageo on LGBTQ rights here in Kentucky, where they call home? If they’re serious about LGBTQ inclusion, they should join their industry peers and sign on at KYCompetitiveWorkforce.com.

In the meantime, I feel we must believe Hollis and Cher. Their tale is a heartbreaking and too common narrative of our collective LGBTQ experience.

Instead of pouring Bulleit down the drain, we’re partnering with our longtime supporters at Haymarket Whiskey Bar for a “Bulleit Bites the Dust” event on Wednesday, Oct. 4, where we’ll imbibe the remainder of Haymarket’s Bulleit stock to benefit the Fairness Campaign. •