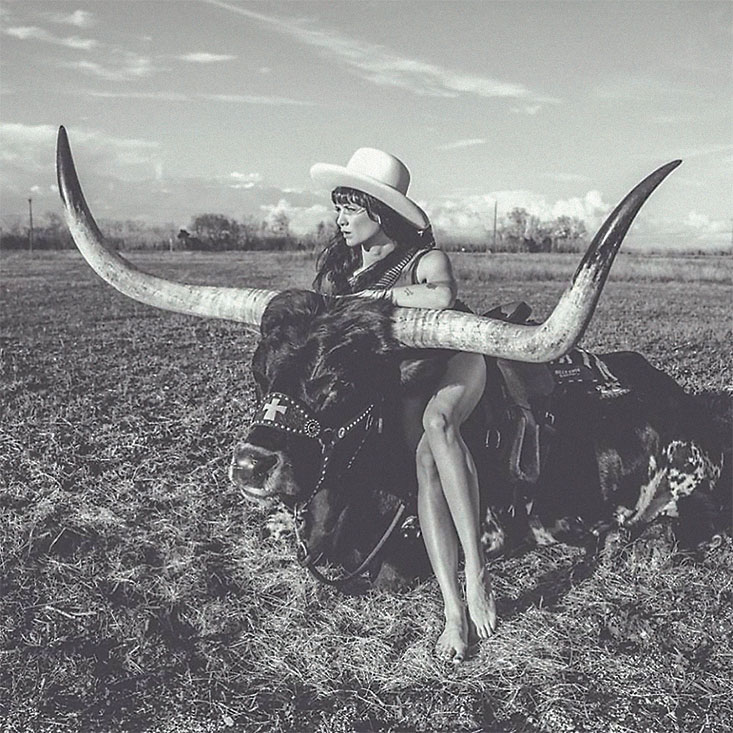 Bourbon and Beyond is going to be multifaceted celebration of food, bourbon and music. In the same way, Nikki Lane, who will play the festival Sunday afternoon, doesn’t fit into one tiny box, either. On the road, she’s a kick-ass alt-country troubadour who packs rock clubs across the country. And when she’s home in Nashville, Lane’s a local fashion icon who owns a store called “High Class Hillbilly.” Earlier this year, she released her latest album Highway Queen. Now, after three albums and thousands of shows, Lane is a veritable force of nature when she hits the stage. So if you’re going to Bourbon and Beyond this weekend, you won’t want to miss her set.

LEO: Being from Nashville, but playing at Bourbon & Beyond, how do you come down on the Kentucky bourbon vs. Tennessee whiskey debate?

Nikki Lane: Bourbon, whiskey, tequila, mezcal — it all gets you loose for the show. But, I will say my favorite whiskey is Michter’s Rye — that’s from Kentucky. I like that there’s liquor involved with this festival, and that there’s a big food thing to it, too. And I’m excited to meet some of the chefs. I think a curated festival like this is going to be way cooler than one of those, ‘Hey we just found a field, let’s put on a festival’ type things.

Is doing a festival set different than when you’re doing your own shows?

Yeah, at festivals you’re kind of trying to get to know people. Normally, when I do my shows, I’ll strip down, not physically [laughs]. But I’ll sit down with just me, or me and my guitar player, and go back to some of the older songs. Bourbon & Beyond is in Louisville, and since we’ve been up there a little, it might still work there. But when we’re at a festival, yeah, we usually try to stick to the heavy hitters. We try pack the punch, because that’s where you go to meet the fans you’ll be playing for at your own shows.

It seems like there are two Nikkis in your songwriting. One is a hard-as-nails heartbreaker, and one seems more whimsical and romantic. Which Nikki do you connect with more?

I think the nostalgic part. Most of my music was written as a way to heal or cope, or get excited about something as it related to myself. So I connect with the ones that are a little deep. But then I write the fun ones like ‘Jackpot’ which are still true, but are more tongue-in-cheek, so I can keep you bouncing around from the stage.

I think the ‘Highway Queen’ is kind of like Super Nikki, for better and for worse. I was getting to a point where touring was really breaking my stride. It was wearing me all the way down. The Highway Queen was the one who could sustain it all. The distance was making it hard to hang on to relationships, and I was coming to a point where I didn’t think I would ever be able to juggle it all. The ‘Highway Queen’ was the one who could handle every single trial that came at me.