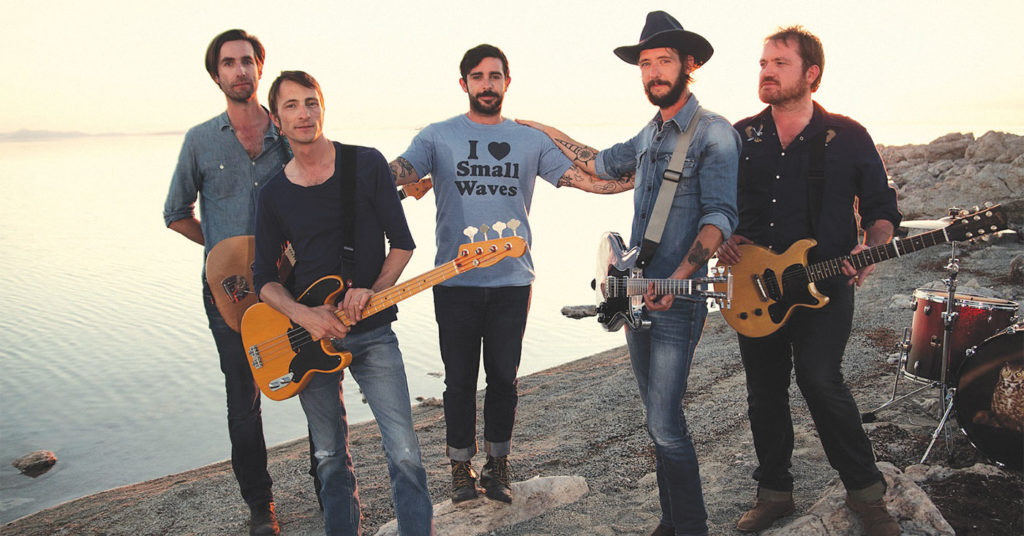 Band Of Horses singer/guitarist Ben Bridwell can promise at least one thing to people who come to see the group in concert this summer: Expect the unexpected.

“One thing that I do like about this band is, I don’t know that we’ve ever played the same set list twice,” Bridwell said in a recent phone interview. “Every day brings a new opportunity or a new vibe of whatever town you’re in, or whatever the venue is. I feel like we try to pay really close attention to that. Even I’ll research set lists from previous visits to make sure it’s not like [an earlier show] and we don’t open up with the same song as last time.”

The band’s latest album, Why Are You OK, was released in June 2016, and has been well received critically and debuted at No. 10 on the Billboard Top 200 album chart. It’s immediately apparent that the new album was going for a different vibe, as it opens with “Dull Times/The Moon,” a two–part epic that starts out lush and dreamy before shifting into assertive and gritty guitar rock for “The Moon” portion of the song. The rest of Why Are You OK falls between those two stylistic extremes. “Solemn Oath” builds from a folky start into an expansive rocker. “Hag” is cinematic, with a beautiful synthesizer riff surrounding the song’s vulnerable lyrics and downright pretty vocal melody. “Country Teen” has a ‘70s California country-rock feel. Elsewhere, Band Of Horses rock crisply on the catchy “Throw My Mess,” “Casual Party” and “In A Drawer.”

Throughout, the songs boast rich vocal melodies from Bridwell, nicely-layered instrumentation that never feels overblown and song structures that often build in drama and heft. In terms of the songwriting, this album turned out to be more introspective than collaborative.

“I wanted to return a bit to home base. So I did spend more time going inward and not sharing as much as I possibly did the previous years,” Bridwell said. “I talked about it with the guys, and they were with me every step of the way. But I’d say they kind of got that, too. They were like ‘Oh, let him scratch his back a little, scratch his itch, and then we can kind of fill in where we’re needed.’ They stood behind me the whole way, and I think we got different sounds out of this record because of that. We went in a different direction and they helped me realize my songs.”

Bridwell also went into the latest album with a decidedly different idea for how he wanted Why Are You OK to sound. Their previous record, Mirage Rock, was recorded mostly live in the studio and had a lean sound. Bridwell didn’t want to go down that path this time.

“Mirage Rock was like a, ‘OK, just play them live, sing them live and be done.’ I wanted to overthink this one,” he said. “I wanted a denser sound. I wanted it to be more lush. I wanted it to be poured over. I knew going in that this was going to cost an ass load of money. I knew it was going to take an ass load of time. But I was up to that challenge because I thought we needed to do that. Like the last one was over here, so after that record, let’s swing it back to this side and go for that thing, and I believe we accomplished that.”