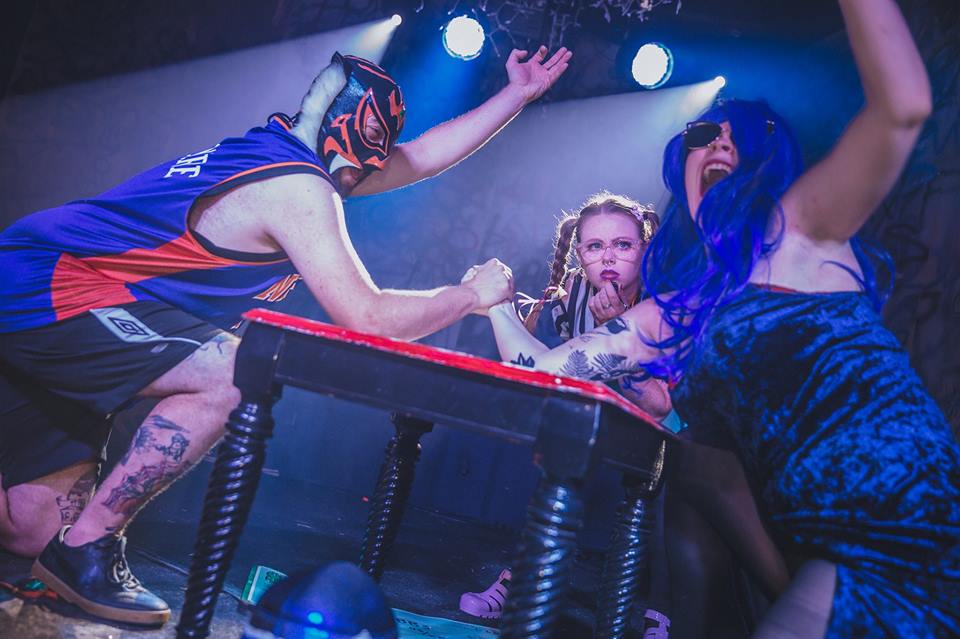 Coat Check Pool Party Season Finale
Turners Club Pool
$12  |  8 p.m.-2 a.m.
Coat Check Pool Party is throwing the finale to its third season of strange pool parties where you can “wear a tie, wear a coat, wear a wetsuit, wear whatever the hell you want.” Live music will be provided by Sam Sneed, McKinley Moore, Vane and Clay Baker, A cash bar will feature beers by Against The Grain Brewery & Smokehouse. As the Facebook event page says, “New love will be found. Hearts will be broken. Some lives will change forever. Come get yours one last time before fall.” —Staff

Louisville Championship Arm Wrestling: ‘Pride and Prejudice’
The Cure Lounge
Free  |  10 p.m.
The last time I went to a Louisville Championship Arm Wrestling event, a juggalo locked arms with a grown man dressed as a baby, and, then, afterward she spit a stream of orange Faygo into another characters mouth, while literally pulling said character’s chain. The point of that weird one-sentence story was to establish that you’re not walking into a standard arm-wrestling competition. No, the LCAW is something much more interesting than that, as its competitors produce a WWE-style piece of absurd theater that’s unpredictable and engaging. —Scott Recker

Sundays In September  Jazz Fest
Tyler Park
Free  |  4-6 p.m.
Wind down your Sunday at one of the best parks in the city, listening to the sweet sounds of live jazz music at this concert series. This week’s featured musician is Jamey Abersold, with the Sept. 17 and Sept. 24 musicians yet to be announced. All you have to do is head to the lower part of the park, below the bridge and beyond the tennis courts, make yourself comfy with a chair or a blanket and enjoy. There will also be raffle tickets and T-shirts for purchase, and no dogs or outside alcohol permitted. —Staff