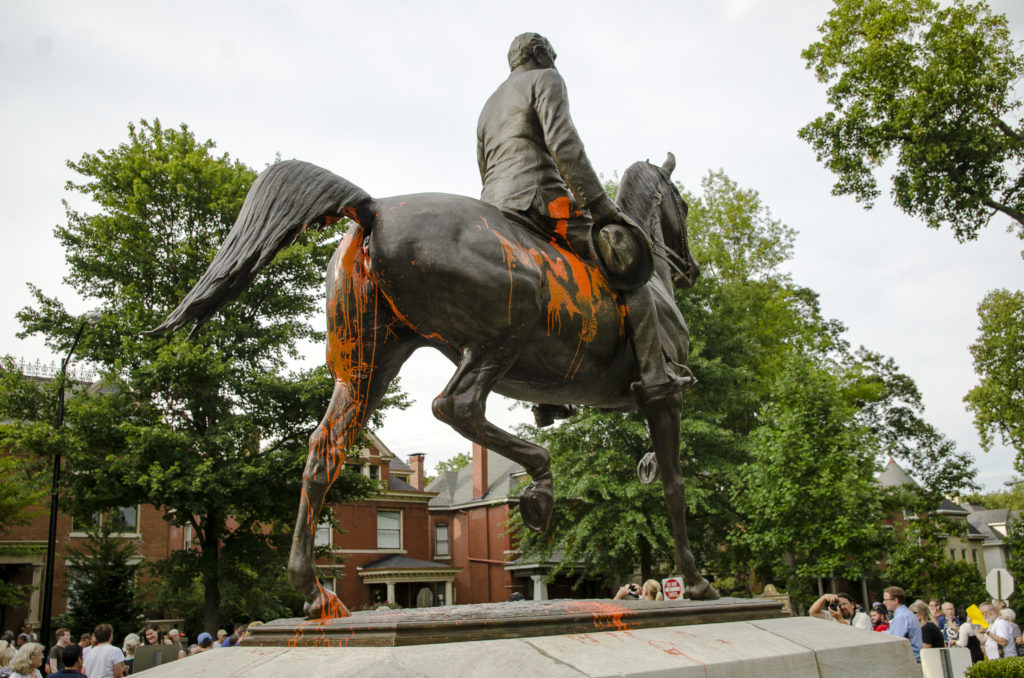 Vandalism on the Castleman statue (photo by Nik Vechery)

Reacting to violence in Charlottesville over a statue there, the city of Louisville is reviewing its public art to determine which can be interpreted as “honoring bigotry, racism and/or slavery.”

As part of that review, the city has been collecting comments from residents.The city is also holding a series of public forums, the first of which was Wednesday.

Read the nearly 850 comments, which were submitted online, by email and through the mail.

Mayor Greg Fischer said comments made to him have shown that residents want to learn more about the issues, but also that they have a lot to learn.

“I have been struck by the many comments that I have received after Charlottesville that demonstrate not only a desire to learn more about the issues behind the displays of racism and mayhem in Virginia, but also the large absence of baseline knowledge around the institution of slavery, its moral issues, its economic underpinnings, and how it impacts our city and country to this day. For us not to use this moment in our country’s history to advance our democracy would be an abdication of responsibility and a significant lost opportunity to build our collective capacity to grow a more dynamic, equitable, and inclusive future.”

For further LEO coverage surrounding the Confederate monument and tribute debate, check out the column “Tear down those statues — Louisville’s and Charlottesville’s monumental problems” and “So we understand why they were built – Civil War monuments in Kentucky: 1861–1935″ as well as “Kentucky’s Civil War, civil rights streets.”