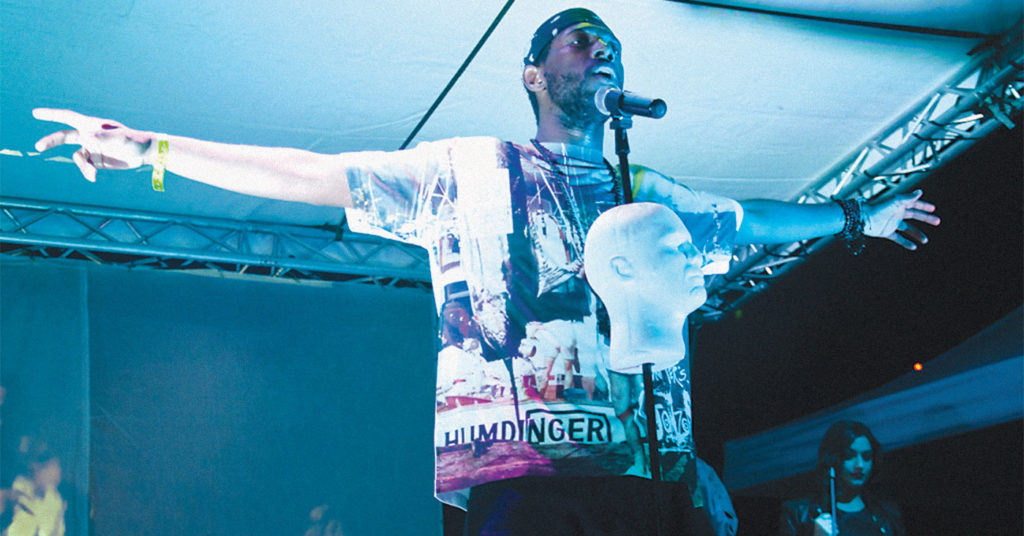 Jecorey Arthur, also known as 1200, makes no bones about what he does.

And that is perfectly encapsulated in his song “Secular,” a modern-day hymn that threads a connected theme through those aforementioned topics. It’s a song heavy with spirituality and enlightenment, though Arthur himself describes it as “the most ungospel-gospel song.” “Secular” is part sermon, decrying some of society’s ills through a steadfast flow, and part smooth ‘70s-style R&B.

“Secular” was a result of Arthur’s work with long-time collaborator, producer Nick Burke. It was originally envisioned as a much more sparse arrangement, but was eventually filled out with added layers and harmony.

“It was only performed with piano accompaniment for some time before I opted to record it for my album, Spirit,” Arthur said. “Most songs on that record are merely keyboard with harmonic tension but ‘Secular’ serves as the quasi-resolution that follows.”

While Arthur is a man sure of his vision and purpose, there is a reflection of duality in his work — two different worlds both fighting for his attention. Raised in religion, he often found himself stepping outside the threshold of the church house doors. “I gravitated toward hip-hop,” he explained. “All sacred music gives praise to God but hip-hop usually praises one’s self. ‘Secular’ fuses those ideas and expands on the philosophy that we have spirits within us. So, while I perceive heaven to be high and sacred, I perceive myself to be living by it. In between living totally sacred and totally secular, there is an ongoing theme of adversity.”

Modestly, Arthur shies from giving himself full credit for his songwriting. “I always say that I don’t write songs. These words came from cloud 12 and I was chosen to perform them.” Cloud 12 is a concept Arthur mentions frequently in the interview and is a very intriguing one. Asked to expound on it, the said, “Cloud 12 is an exaggeration of cloud nine. Many people who practice religion shy away from considering themselves as Gods but we all have a Godly spirit in us, a perfect spirit. Cloud 12 is my own personal, perfect happiness and spirit.”

“Secular” was first performed at UofL’s Comstock Concert Hall as part of a benefit concert for Ecuador after a 7.8-earthquake struck the country in April 2016. Arthur believes that hip-hop has the power to transcend any negative views toward it. “Many people think hip-hop is only destructive, but premiering ‘Secular’ in Comstock, after such an awful disaster, was the perfect example of how hip-hop heals.” One of the last thing Arthur tells me is that his favorite lyrics from “Secular” are, “May my world be cool, calm and confident.” Which makes perfect sense: 1200 is decidedly very cool, very calm and very confident.