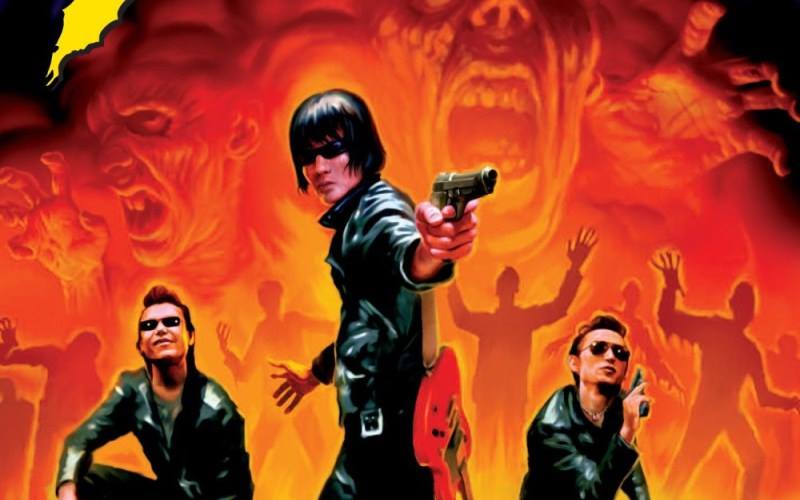 Poster for the film "Wild Zero."

Men’s Soccer: UofL vs. UK
Dr. Mark & Cindy Lynn Stadium
$5-$13  |  7:30 p.m.
Are you ready for football? No, not that concussion calamitous one — the original football. Come out to see the Bluegrass battle on the pitch, as the Cards and the Cats play for state bragging rights. If you haven’t seen the stadium, it’s worth a look. Find tickets on Ticketmaster. —Aaron Yarmuth

Public Meeting to Review Louisville’s Controversial Public Art
Old Jail Auditorium (514 W. Liberty)
Free  |  4-7 p.m.
The Louisville Commission on Public Art is holding a special meeting to “discuss pieces in its inventory that can be interpreted as honoring discrimination, racism, bigotry or slavery.” Ninety minutes are set aside for public comment. If you have an opinion, be sure to show up early (doors open at 3:15 p.m.) and sign up for this first-come, first-served public forum. If you can’t make it to the meeting, click here and submit your comments online or by mail to Commission on Public Art, 444 S. Fifth St., Suite 600, Louisville, Kentucky 40202. —Staff

Molly Malone’s Hurricane Harvey Relief Effort
Molly Malone’s Highlands
Prices vary  |  10 a.m.-11 p.m.
Dine at Molly Malone’s in The Highlands this Thursday and 15 percent of your food bill will be donated to Feeding Texas, a nonprofit that is helping those displaced by Hurricane Harvey. If you can’t make it out Thursday, the local branch of the Chelsea Fan Club is collaborating with Molly Malone’s to support hurricane relief efforts during upcoming Chelsea soccer games. —Ethan Smith

Doomed to Rivalry? Understanding Russia’s Relations with the U.S.
McConnell Center
Free  |  6 p.m.
Are the Russians really our enemies? Is the Cold War actually over? Are they really colluding with Donald Trump? Does anyone remember “The Manchurian Candidate”? Russian native and San Francisco State University Professor, Dr. Andrei P. Tsygankov, kicks off the McConnell Center’s fall series with a discussion about Russia and its relations with the U.S., Ukraine and President Trump. What a time for this discussion! —Staff

Mayor’s Music & Art Series | Joann + The Dakota
Metro Hall
Free  |  12 p.m.
Take advantage of these waning summer days by spending your lunch break on the lawn of Metro Hall listening to Joann + The Dakota. Pizza samples will be provided by Birracibo, and, in case of bad weather, the performance moves inside to the Mayor’s Gallery. —Staff

King Kong of Ping Pong!
Hideaway Saloon
Free  |  8 p.m.
Compete at this table tennis tournament where winners receive multiple prizes, including shirts and over $100 in gift cards. Sign-ups begin the day of the event and call-aheads are encouraged since there will only be 24 spaces open for entrants. Tournament begins at 8 p.m., and paddles will be provided, but feel free to bring you own and show up early to practice. —Staff