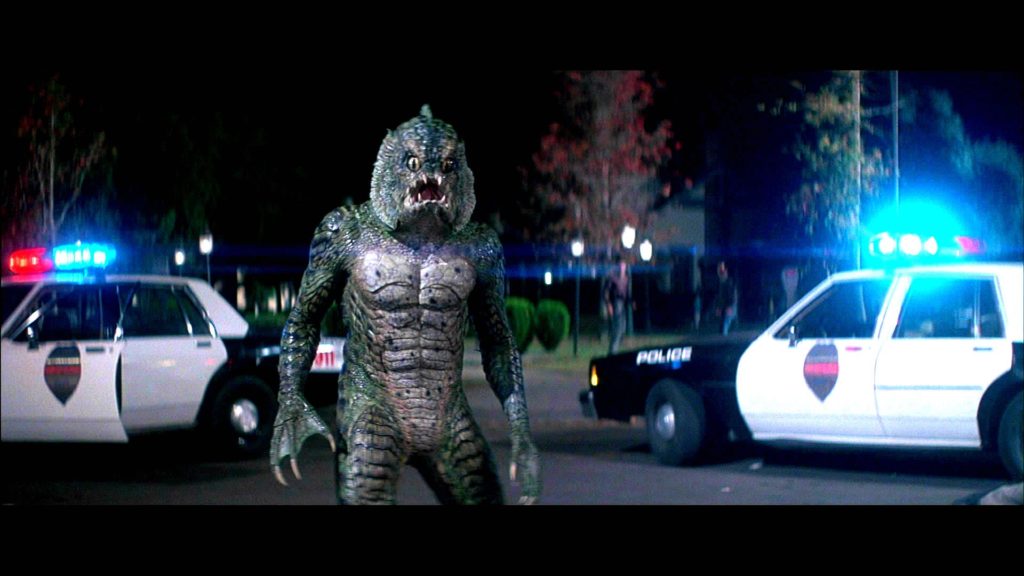 Still from the film "The Monster Squad."

Seinfeld Trivia
The Butchertown Social
Free  |  7:30-9:30 p.m.
Do you find yourself asking such questions as: “Is Elaine Benes your dream girl?” or if “you’re the George of your friend group?” If so, then join this Seinfeld Trivia night and “prove to your friends how neurotic you really are!” There will be drink specials, prizes and trivia with “trivia mastermind” Michael Hartman.

Antisemitism After Charlottesville
Louisville Jewish Community Relations Council
Free  |  5:30-6:30 p.m.
After the shocking violence of Charlottesville, the Louisville Jewish Community Relations Council is concerned about a rise in antisemitism. Regional director of the Anti-Defamation League, Anita Gray, has been invited to talk to the community about “the rise of these hate groups, what their current modes of expression are, and what organizations like the ADL (and communities in general) can do to counter them.” The talk will take place in the JCC Auditorium.

Man With a Gun Presents: S.S. Web, 40RTY and more!
The Cure Lounge
$5  |  10 p.m.
The band S.S. WEB hails from “the booze-soaked, frozen tundra of Milwaukee, Wisconsin,” and it will be singing “landlocked sea shanties” this week at The Cure Lounge. But before that chaos overtakes the stage, enjoy musical acts by Bob Fleming and Cambria Iron Co., which sounds like “what whiskey would sound like, if it could sing,” 40RTY, a folk-punk band from “Louisville, Scumtucky,” which doubles as an “ambassador for poor life decisions” and The Kentucky Gentleman, a singer-songwriter who plays “thrash blues.”

Misfits and Monsters Movie Night
The Butchertown Social
Free  |  9 p.m.-2 a.m.
To get everyone ready for October, Butchertown Social Cinema is hosting a double-feature night with two spooky films. It starts with “The Goonies (1985)” at 9 p.m. and is followed by “The Monster Squad (1987),” a “forgotten failure turned cult favorite” that follows a group of monster-obsessed kids as they encounter the real Universal Monsters. That film also contains the treasured line: “Wolfman’s got nards!”

Resistance Reading Group
Douglass Boulevard Christian Church
Free  |  6:30-8 p.m.
Are you part of the resistance? Join the Resistance Reading Group (on the fourth Wednesday of every month), which will use a mix of nonfiction and fiction to “help us understand the current cultural and political moment we live in.” This month’s book is “1984” by George Orwell, a book to help everyone understand “how we can stand strong against the forces of fear and hatred.”

Filthy Gorgeous: Kink
Mag Bar
Free  |  11 p.m.-4 a.m.
Put on your kinkiest outfit (that won’t get you arrested when you walk out your back door) for this kink-themed dance party. The party will be hosted by N8 and Drew, with music provided by DJs Sleepy T and Morris Koad. It’s a party filled with “filthy drink specials, gorgeous people.”

We Still Like You: Louisville
Decca
Free  |  8-9:30 p.m.
“We Still Like You” is a show during which “comedians tell real stories of shame and embarrassment to a crowd of friendly folks.” Take a seat in the comfy cellar of Decca and enjoy comedy, cheap bar bites, live art by Brandon Jones and stories by Storytellers: Leslie Battle, Greg Welsh, Craig Williams, Mandee McKelvey and host Chris Vititoe (aka Terlet Mario).

Sanctuary for All – Metro Council Meeting
Louisville City Hall
Free  |  6-7 p.m.
As recently reported by the Kentucky Center for Investigative Reporting in the article LMPD helped immigration agents: “LMPD helps ICE with its enforcement when asked, a practice that runs counter to statements from city leaders.” The story did succeed in pushing the city to change some police-immigration policies, but still Louisville is not a sanctuary city.  if you want Metro Council to declare Louisville a sanctuary city, join Louisville Showing Up for Racial Justice and several other activist organizations at Thursday’s Metro Council meeting. The more people in attendance, the louder the message.

Queer Eye on the South
Speed Art Museum
Free  |  6-9 p.m.
Celebrate the 10-year anniversary of the LGBT Center and explore the art of “queer artists in the exhibition ‘Southern Accent: Seeking the American South in Contemporary Art.’” The event includes a cash bar and gallery talks by Dr. Jongwoo Jeremy Kim, associate professor of art history at UofL and Miranda Lash, curator of contemporary art at the Speed Art Museum. Two tours will take place at 6:30 p.m. and 7:15 p.m.

Random Conflict, Belushi Speedball Part Too and more!
Kaiju
$5  |  9 p.m.-1 a.m.
Join Kaiju for a “super rad, super loud show,” with a bunch of bands that slay. There will be live musical acts by Random Conflict, a hardcore punk band that has been doing the damn thing since ’88, Belushi Speed Ball Part Too: The Frank Castle Picnic, which plays “traditional metal” and makes “references to all sorts of stuff that only twelve people care about anymore,” Louisville punk band For The Birds and The Kids Born Wrong which describes its sound as “nasty ass rock ‘n’ roll, noise, blues, horror, destruction.”