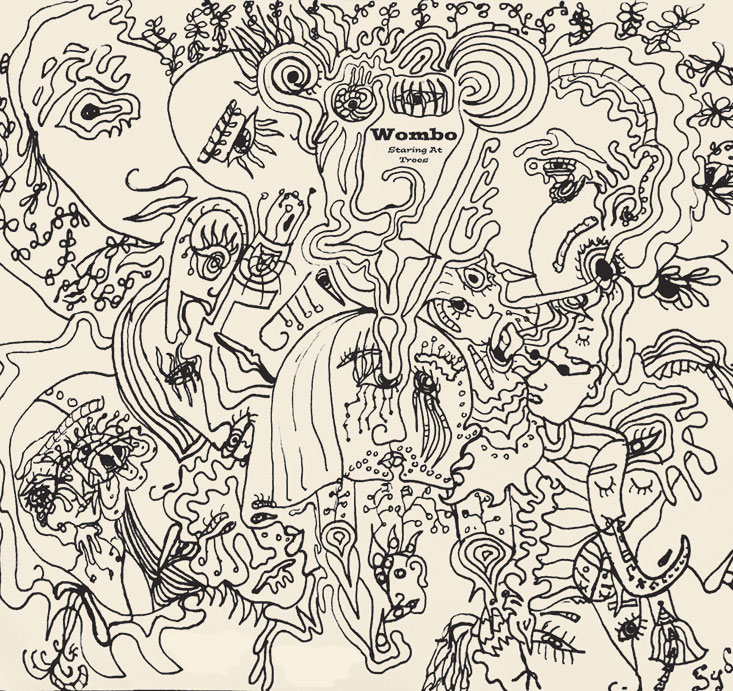 What is the definition of wombo? To quote Patrick Star, the sidekick on the trippy underwater cartoon SpongeBob SquarePants: “Come on, you know — I wombo. You wombo. He/she/me wombo. Wombo, womboing, wombology, the study of wombo. It’s first grade, SpongeBob.”

In terms of the local band, the three-piece Wombo is a fresh force in Louisville’s loud music scene, but their faces are not new. You may recognize Sydney Chadwick and Cameron Lowe from the Debauchees, whose pop-rock had quite a hold on the town in 2013. They took a break from music for a while, before joining up with drummer Joel Taylor and reemerging as Wombo.

“We were kind of growing as artists all around, not just musicians,” vocalist/bassist Chadwick told LEO via phone from a hammock out in the woods, where she likes to read, write and take in nature. After this conversation, it became more obvious why Wombo’s debut album is titled Staring at Trees. It’s a product of reflection, playing out some of the uncomfortable, thoughtless anxiety and urgent energy within us all. Sewed together with boppin’ bass riffs, frantic guitar lines and Chadwick’s operatic vocal style, it’s far from the refined sound that the Debauchees achieved. Another modification is that they recorded this album live in studio.

“I wanted it to be very genuine, even if we messed up, even if my voice cracked,” Chadwick said.

Catch Wombo at the record release show for Staring at Trees with Anwar Sadat and Ted Tyro for $5 at 10 p.m. Friday, Aug. 18 at Kaiju.