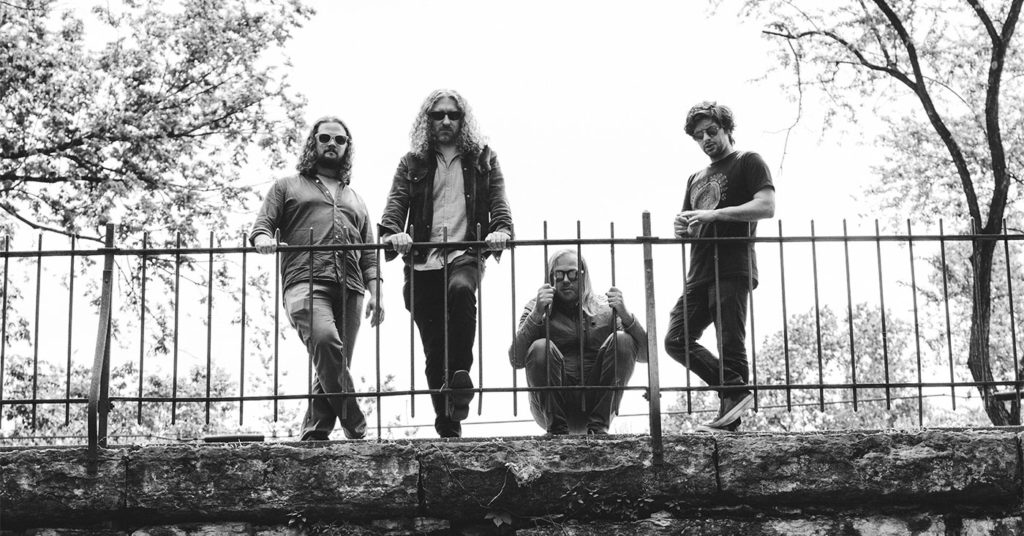 Wax Fang leader Scott Carney describes “Serenity Now” as a buoyant, later-era Talking Heads-style song (i.e. “Wild Life”) with some Hendrix-meets-Sonic Youth guitar work — a series of analogies that seems wildly complex, but is entirely accurate. Those feel-good pop sensibilities belie its serious subject matter, though. “It’s about letting go, letting things be what they are and accepting them for what they are,” Carney said. And while it may have taken him a “long time to get to that point” himself, he was able to capture the shelter from the storm that followed the “complete anxiety” that saturated his 20s.

“I just had a lot of stuff going on at that time and as a young adult didn’t really know how to process information and keep my shit together at the same time,” Carney said.

Indeed, the lyrics illustrate the duality of our 20s perfectly: “Under attack / Now sit back and relax, I’m on a roll / And now I’m losing control.”

At a time when we are supposed to be figuring out who we are and what we want, it can often seem that nothing is more unobtainable. One minute, it seems we’ve got the world by the horns, the next, it’s the exact opposite. Fortunately, Carney survived the madcap years of his 20s, even laughing about it now: “I had to train myself to chill the fuck out, more or less.”

While the basic idea and riff of “Serenity Now” has been kicking around since 2009, it almost never made it to 2017.

“It had many names — it was originally called ‘Summer of 2069,’” he said. “It was going to be like a romantic, post-apocalyptic story set in the future, but I couldn’t ever make it work.”

While I will continue to pine away for a post-apocalyptic Wax Fang love song, it’s alarming how close “Serenity Now” came to being scrapped.

“It was one of the easiest songs that came together on this record, but we decided we were going to shelve it. It being an older song, I was more excited about the newer stuff I was writing, so I was going to replace it with this instrumental song that I was working on, but it didn’t really have a voice,” Carney admitted. “It was included at the last minute, basically.”

Like myself, there may be a few of you wondering why the term “Serenity Now” seems so familiar.

“I ended up calling it ‘Serenity Now’ because I’m a big ‘Seinfeld’ fan. It’s a mantra of mine,” Carney said, referring to Frank Costanza’s relaxation technique for when his blood pressure gets too high (but a phrase that he always screams).

So, one could easily venture that we owe “Serenity Now” to Jerry Stiller’s character on the beloved show. And that’s surely a Festivus treat for all of us.