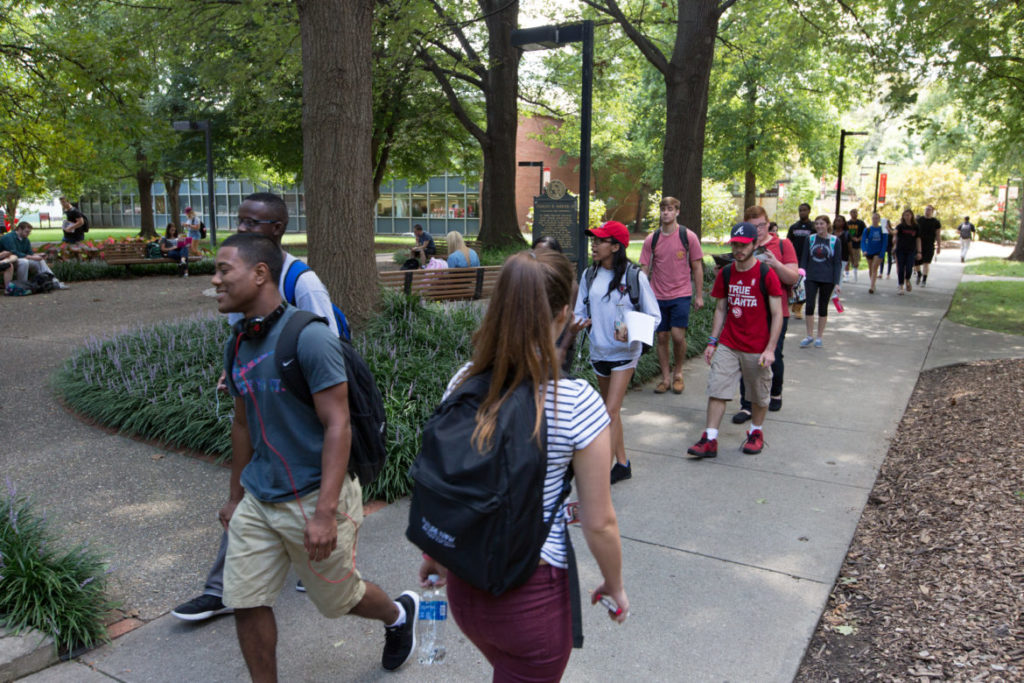 Two local philanthropic groups will pay most of the costs of the taxpayer-funded, $2.2 million forensic investigation of UofL’s troubled nonprofit organization, the university announced Tuesday.

The C. E. & S. Foundation and the James Graham Brown Foundation — both of which threatened to pull support last fall for the University of Louisville Foundation — have each pledged $1 million towards the bill for the forensic probe.

The announcement follows a Kentucky Center for Investigative Reporting article that revealed the university has been sidestepping a state law requiring vendors to disclose how public money was spent on the audit.

Meanwhile, the initial cost of the audit by Chicago-based consulting firm Alvarez and Marsal — less than $900,000 — has ballooned to $2.2 million from the state general fund. That number could still grow.

University spokesman John Karman said late Tuesday afternoon that the announcement had nothing to do with last week’s investigative report and that the private foundations always intended to cover the cost of the investigation. The money will go directly to the university’s general fund to defray audit costs, Karman said, with about 75 percent of the money coming in the next few days and the rest in 2018.

In a press release, UofL board chair J. David Grissom said the foundation gifts will go a long way toward restoring donors’ confidence in the foundation. Donations this year are $21 million lower than last year.

“We appreciate their concern, their leadership and their financial support,” Grissom said. “We look forward to working with these two foundations, and we are committed to full transparency in satisfying the terms of these generous gifts.”

The nonprofit University of Louisville Foundation manages a nearly $800 million endowment and oversees fundraising for the public university.

The audit, which was released in June, found excessive and often secret spending on investments, real estate and lavish pay that left the school’s endowment depleted. The foundation liquidated $42 million of its dwindling endowment to cover unbudgeted spending, the audit found.

Grissom didn’t immediately return a call for comment. He has a policy not to speak with media except at public meetings.

Both private organizations offered to contribute funding last fall while calling for an investigation.

In hearings before a state legislative committee, UofL’s outside attorney never mentioned plans for private groups to cover the costs.

UofL has twice asked the contract review committee for more money to finish the forensic investigation. Attorney Craig Dilger, of Stoll Keenon Ogden, cited follow-up work and consulting in asking for an additional $400,000 in July, after the investigation was released.

The university is scheduled to appear again on Monday before the contract review committee to ask for additional $1.25 million for its outside attorneys, who have been handling the audit for UofL.

In the university’s press release, C. E. & S. Foundation president David Jones Sr. said the investigation was needed to restore the community’s support of the university.

“Through this donation, the C.E. & S. Foundation hopes to ensure that the university can conclude its thorough investigation without creating a burden for Kentucky’s taxpayers,” Jones said.

The James Graham Brown Foundation is a major donor to the J. Graham Brown Cancer Center at UofL. Its board includes Junior Bridgeman, who has served on both the university and foundation boards; Stephen Campbell, a former UofL trustee; and Alice Houston, a current UofL Foundation board member.

Brown Foundation president Mason Rummel said her board finalized the grant on Monday. She said she has no concerns about the integrity of the work and total confidence in the new UofL administration.

“This institution is important,” Rummel said. “We’d like to get this behind us and get back to business.”

The UofL board is expected to discuss the audit’s findings in public for the first time during a special meeting on Thursday.

Disclosures: In 2015, the University of Louisville, which for years has donated to Louisville Public Media, earmarked $3,000 to KyCIR as part of a larger LPM donation. The C.E. & S. Foundation is a major donor. University board member Sandra Frazier and former member Stephen Campbell have donated.