Donald Trump has accomplished many things in his first seven months as president. Unfortunately, most of his accomplishments have degraded his office, as well as the reputation of our country.

For example, he has destroyed the meaning of the word “unbelievable.” I have given up using it, because there is nothing he could do that would surprise me.

As one of the unfortunate Americans who is obliged to react to his rapid-fire outrages, I have worn out the dictionary in search of appropriate adjectives. Already, I have publicly called the President of the United States “mentally unstable,” “emotionally unstable,” “emotionally unfit to be President,” “a pathological liar” and, most recently, a violator of his oath of office.

Sadly, none of those comments was particularly newsworthy. It’s almost as if the world was collectively saying, “Tell us something we don’t know.”

Still, a great many Americans are still trying to figure out why Donald Trump does what he does and says what he says. You are probably one of them.

It is truly dangerous to attempt to put yourself in Trump’s brain, which must resemble an electron hurricane, but without the calm eye. Better to play armchair psychiatrist and try to guess what kind of impulses (I cannot bring myself to write “thought processes”) are shaping the actions of the person who can launch nuclear weapons.

In most cases, this isn’t hard. We know that Trump does not admit defeat or accept responsibility for things that don’t go as he wants. So when Congress failed to come up with a replacement for the Affordable Care Act — something that was always going to be impossible — Trump attacked Mitch McConnell, Democrats, Fake News and everyone else he could tweet at.

We also now know that POTUS has no problem saying polar opposite things, even sometimes in rapid succession. And clearly he has no problem in doing and saying things that he has criticized others (especially Barack Obama) for. One would like to believe that this is simply the sign of a bad memory, but I strongly suspect this is just another symptom of his sense that he is above and beyond criticism, and that he is not subject to the same standards of behavior as everyone else. Same goes for his pathological lies.

After the events in Charlottesville and the aftermath, however, it is once again time to pose the question of bigotry. Did Donald Trump’s reaction to that ugly and tragic incident stem from racist and ethnic bigotry, or some other factor yet to be determined?

I say “once again” because this is a question that has percolated ever since Trump raised unwarranted challenges to Barack Obama’s citizenship. It surfaced again with his calls for a ban on all Muslim immigration, and again on his reversal of military policy on transgender service. Truth be told, it is a question that never goes away, and can never be answered. Washington Post columnist Richard Cohen called the President a “neo-racist,” which he didn’t define, but which somehow seems appropriate.

Many say that it doesn’t make any difference what Trump believes or feels; what is important is what he does. I agree, and by that standard he is definitely at least a “neo-bigot.” He is definitely a “Trump supremacist.” But that’s not what this analysis is all about. It’s about why the President of the United States willingly and knowingly continues to shoot himself in the foot. (I hope it’s only one foot, because otherwise we’ll be paying for 24/7 golf carts.)

Which leads to the issue of what Donald Trump wants to get out of being president. Unlike some others, I don’t think it is money. While Trump is obviously not as rich as he contends, he is far from destitute. And even if he were, he has proven totally capable of scamming his way back to wealth.

No, as I have said publicly before, he is in this for the applause. Like the human-blood-craving plant in “Little Shop of Horrors,” he has only one source of sustenance: the sound of adulation. It was evident in his overly-long campaign rally speeches. It is evident in his re-tweets of the most absurd and inconsequential compliments. And it was evident last Monday, when the cheering momentarily stopped after his unusually sober, albeit apparently uncomfortable, condemnation of bigotry in Charlottesville.

He simply couldn’t stand the quiet.

So on Tuesday he went far out of his way to solicit the applause of David Duke and the bigoted alt-right, once again talking about moral equivalence and sucking up to the mythical “fine people” who were in Virginia to celebrate history in the company of Nazis, anti-Semites and other white supremacists.

That’s the bottom line for President Trump. Even if it gets to the point that there are only the most despicable, un-American lowlifes left to applaud him, he will beg their praise. And that is truly scary for America and the world.

Maybe he would be more rational if the cheering stopped, but sadly in our country, there is no idea so deplorable that it won’t find its disciples, and its appeasers. • 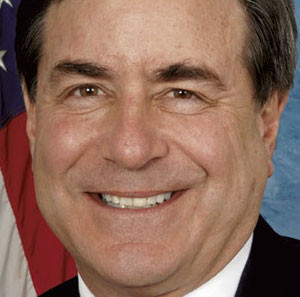