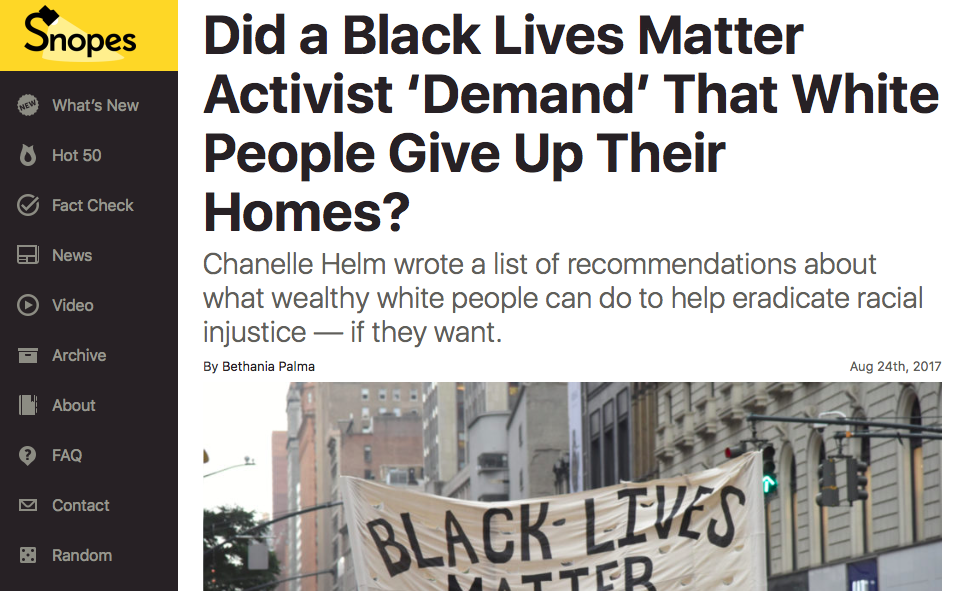 Hundreds of thousands of people around the world have viewed the piece by BLM Louisville cofounder Chanelle Helm, and it has been picked up by websites and blogs, including Breitbart.com and the Russian-funded TV network RT.

Snopes.com reporter Bethania Palmawrote: “She didn’t know it at the time, but her list was about to draw her into a national and ongoing pattern, in which politically-motivated blogs find online comments by people with opposing political views — and spin them for maximum outrage value. The cascading Internet outrage has most recently been directed at African-Americans and/or college professors by right-wing publications, and has frequently resulted in death threats and sometimes loss of employment.”

Helm’s piece began as a Facebook post and was part of a package of stories in LEO by writers reacting to the Charlottesville protests.

Helms told Snopes.com: “That post was not meant for racists. It was meant for a certain type of white people who want to be allies and accomplices. For example If you have no descendants, or you’re just making money off a piece of property because you don’t want it, why not give it to a black or brown family?”