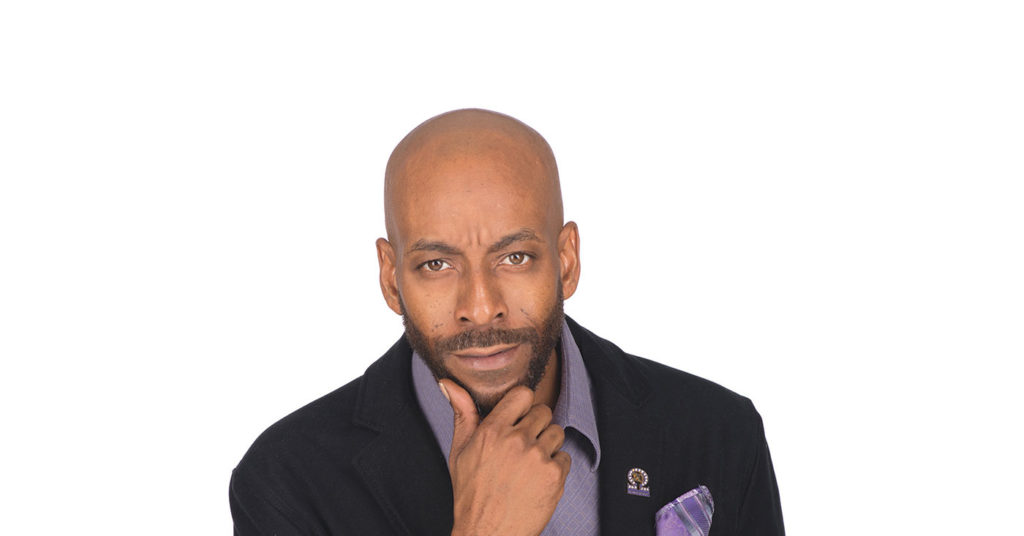 Born Demetrius Wheeler, Meech Dog is a Louisville native raised in The West End by a funny single mother and two grandparents. He graduated from Western High School and graduated from Morehead State University, the first person in his family to attend college. On stage, Meech Dog can be raunchy, wild and a little brash, but he’s careful not to take his audience to a negative place. “I’m here to uplift people,” he said. “People leave my show bathed positivity and light.” Meech has been around the world and lived in various cities around the country. This weekend, Meech Dog returns home to The Caravan to record his latest album The Prodigal Son Returns.

LEO: How did comedy come into your life?

Meech Dog: When I was in high school, I was always cutting up, and I had a friend who used to always call me ‘Funny.’ He’d be like: ‘Hey, Funny, where you going?’ Or, ‘Yo, Funny, what are you doing after school?’ It was like he knew I was going to be a comedian before I knew that was something I even wanted to do. Also, around that time my auntie gave me an eight-track tape of Richard Pryor. It was amazing, what he was saying, how he was saying it, and the way people were laughing.

When did you decide to finally try comedy?

It was 1999, I was working at a cellphone store after I finished college. I would come home and tell my roommate all the crazy stories of people I dealt with that day. He was finally like, ‘You need to take this stuff to the stage.’ So I signed up for an open mic at this very club [The Caravan], back when it was still Comedy Caravan, to do three minutes on their open-mic show. I even took a bus down to Value City and bought a suit, because I actually thought you had to have a suit to do stand-up.

You have performed in prisons. That seems like a tough place to make people laugh.

I’m all about positivity. They love me. But I have to tell them the truth, I’ll say ‘Knock, knock. Who’s there? It doesn’t matter. They aren’t going to open the fuckin’ door for ya’ anyway.’ They scream, because I’m honest. I tell them, ‘I don’t know how long you’ve been in here, or how long you’re supposed to be here. But outside, pussy is still delicious.’ I’m a hero in the penitentiary. People who have gotten out and bumped into me on the street, they told me what it meant to have someone come in and brighten their day.

Your mother is comedian Bonnie P, who will be performing on your show this weekend. But she didn’t start doing stand-up until after you did.

She’s hilarious! You know how I found out my mom was doing comedy? She asked me, ‘So, on your show next week can any comedian do a guest set?’ I told her sure, just let me know. I thought she was asking for a friend or something. I didn’t know. But I never heard anything. I did the show, came off stage and she was like: ‘You didn’t introduce the guest comedian.’ I said, ‘Mama, you never told me who the guest comedian was.’ She said, ‘Me.’ Then I was like, ‘Aww, shit.’ I didn’t know what to do. There’s no protocol for this. I went back up and introduced her. She killed it! I was like, ‘Why didn’t you tell me you were this funny?’ We could’ve been working this for years.

So who’s funnier, you or your mom?

I guess I have to say her — she made me. She said some classically-funny shit when I was growing up. When I turned 16, we were having a party. They sang ‘Happy Birthday’ to me. I blew out the candles. And then my mom said, with a straight face, ‘Which one of ya’ll little girls are gonna give my son some pussy?’

The album you’re recording this weekend is titled The Prodigal Son Returns. Why did you choose that title specifically?

Someone once told me, ‘You can’t be a prophet in your hometown.’ I mean, even Jesus left Bethlehem. So I have been away a while, and I’m coming back to collect my people. The people who started this journey with me and the ones who have always supported me. I’m coming back. You never know what’s going on with the people in the room, someone might be contemplating suicide, someone might have lost a child. I’m coming to uplift people. People leave my show bathed positivity and light. I want to change people’s lives.