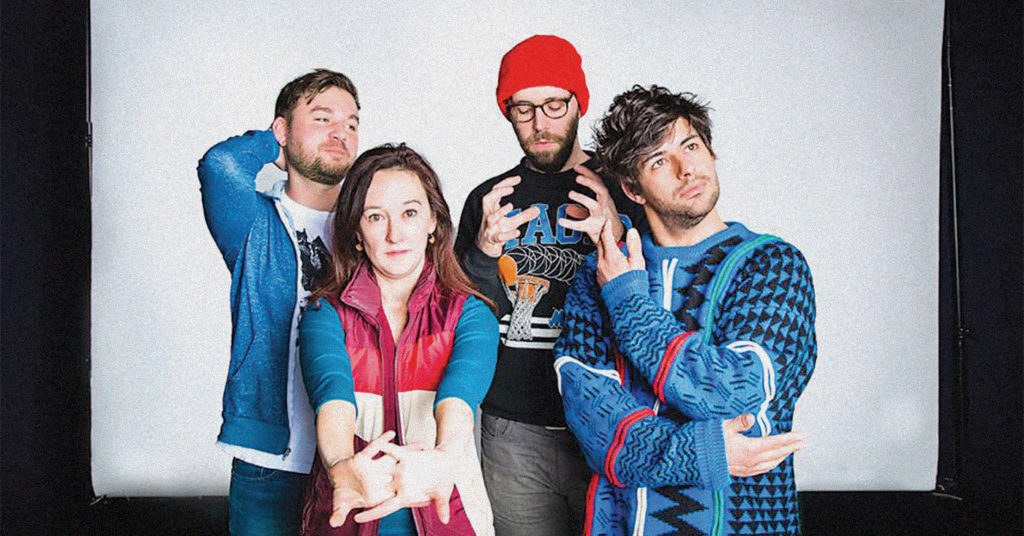 “Colorbridge” is an unabashed love song with airy, ethereal-yet-dark textures and reverb-soaked crooning, exploring the universal theme of compromise and self-sacrifice within a relationship. Anyone who’s been in a long-term relationship with another human being knows the feeling. For more insight on the matter, I turned to Kyle Mann, guitarist/songwriter for Maximon, to let us in on the song he calls a “love letter.”

“Being challenged to grow by people you love is a good thing, and I think that’s what I was aiming at in the song,” Mann said. “It’s about learning to compromise, learning to speak to a person in a way that’s comfortable to them and not you. It’s necessary. Otherwise you can bounce from relationship to relationship or even friendship to friendship and one day you’ll just realize, ‘Oh, I’m an asshole.’”

And, as Mann can personally testify, the acquiring of such useful wisdom isn’t generally a young person’s game: “It’s not a song I could’ve written in my 20s and I don’t mean that musically, but personally,” he said. “That’s the main thing, I’d say.”

“Colorbridge” has remarkable production values that make the song pleasantly sparse, with a catchy, yet angular riff that’s saturated in reverb. The murky, mid-tempo pulse works well in juxtaposition to Mann’s airy, ethereal croon. And like the rest of the album, “Colorbridge” is a little rough around the edges, polished but not spit-shined, cultivating an atmospheric rock structure that mirror some of the song’s subconscious influences.

“I don’t notice who has really influenced something until I take a step back and see a broader view of what I’ve made.” Press Mann a little more though, and he spills. “Listening to it now I can hear some Grizzly Bear, Kurt Vile, Still Corners.”

And don’t worry if you’re not familiar with the term “Colorbridge.” Mann is fully aware of the word’s peculiarity. “The title of the song is the subject of some teasing amongst our friends, because it is odd. It’s really just a symbol more than an actual thing with literal meaning.”

Although, fittingly, Mann wrote the lyrics at his wife’s desk, someone who probably shined a bit of inspirational light on the song. “I was sitting at her desk and Word was in front of my face, and I thought it was interesting to say and sing, so I picked it as a sort of symbolic focal point for the topic.”