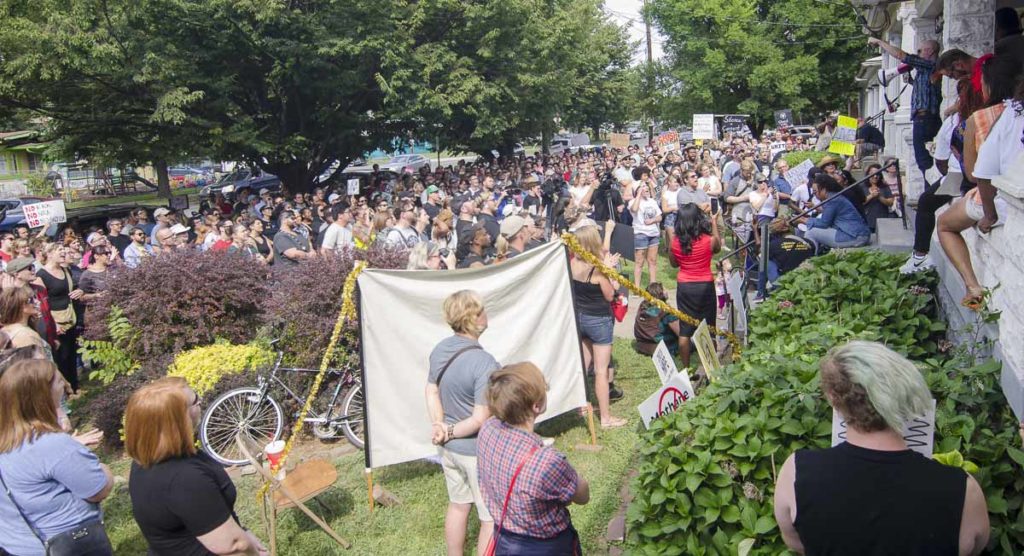 Hundreds of people at rallies in Louisville on Sunday protested the violence in Charlottesville, calling for an end to white supremacy and warning neo-Nazis they cannot operate in the city without challenge.

The Lville2Cville Rally & March at the Carl Braden Memorial Center in West Louisville, and another at Jefferson Square Park, drew people from across the city.

Both ended peacefully, although protesters from the Braden Center were met by police with batons as they made their way toward East Broadway near The Highlands. Marchers carried signs with such messages as “Love, not hate,” “When your mind is your weapon, you are never unarmed,” “White supremacy kills us all” and “White folks — This is our mess and it’s killing people.”

“I’ve never been to a rally, usually sit back and watch. I felt I needed to show support,” said Regina Mayo, a member of the Shawnee Neighborhood Association member and missionary with the Portland Memorial Missionary Baptist Church.

Pick up LEO’s latest issue Wednesday to read full coverage of the rallies, views on Charlottesville and reaction to local events.