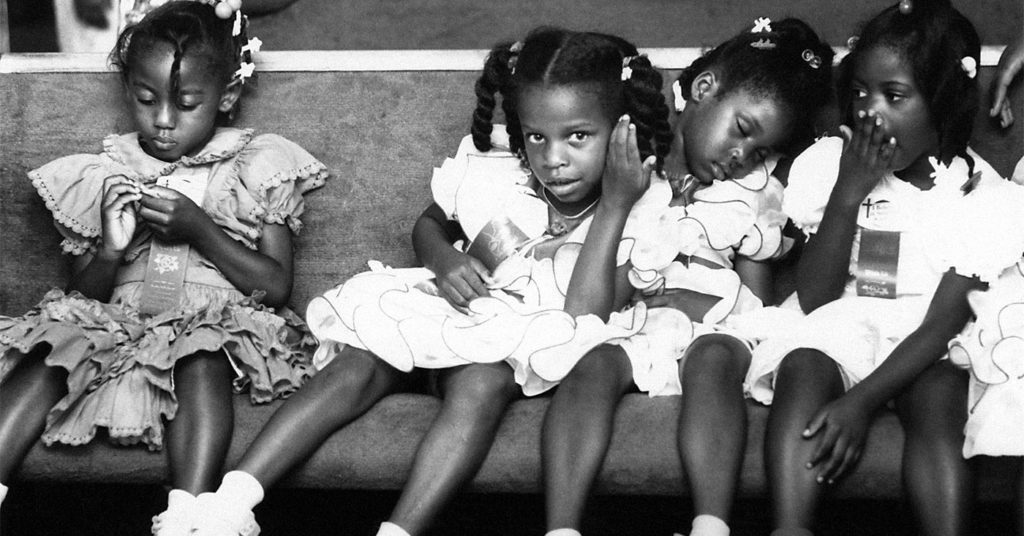 Bud Dorsey has spent five decades chronicling African-American life in Louisville as both a freelance photographer and a staffer at the city’s only black newspaper, The Louisville Defender. This month, the 76-year-old celebrates two firsts — the release of the photo book “Available Light: Louisville through the Lens of Bud Dorsey,” and an accompanying exhibition of the same name at the Muhammad Ali Center.

Dorsey told LEO that working on the projects brought back many memories, good and bad. “Oddly enough, my favorite photo in the book one of a Klansman who was protesting busing back in the early 1970s,” he said. “He was carrying a shield, and it looks really dramatic. I also like the shots of (the late civil rights leader) Rev. Louis Coleman. I photographed him every chance I got. The only thing I wanted in the book that I could not find was a picture of Dr. Martin Luther King Jr. He came here to support the Opening Housing Protests in 1968. I still have it somewhere.”

“Available Light” is the fourth project from the Louisville Story Program, or LSP, which is dedicated to amplifying unheard voices in the community. Program Director Darcy Thompson learned about Dorsey while working on LSP’s second publication, “I Said Bang! A History of the Dirt Bowl.” Browsing through The Louisville Defender Archives at UofL, Thompson realized the paper offered a different perspective of the city. “There was so much history there that was not documented by The Courier-Journal at the time. Also, these were really good photographs, these were highly skilled photographers,” he said.

The Louisville Defender was founded in 1933 by Alvin Bowman of Louisville and John Sengstacke, who operated The Chicago Defender. Frank Stanley Sr. took over the Defender in 1936. As senior editor and publisher, Stanley turned the newspaper into a magnet for talented young African-American writers and photographers shut out of most mainstream publications because of segregation.

Dorsey got his first camera, a Brownie Hawkeye, from an uncle when he was 13. After a stint in the Navy, Dorsey got a job at the American Synthetic Chemical and Rubber Co. in 1964. For extra money, he started working as a freelance photographer. “That was in the heyday, the Black Power days. Every black organization, or group, had its own newspaper or magazine. I was freelancing for the Defender, and national publications like Jet and Ebony,” he said.

Dorsey was laid off from full-time job in 1981, and, the Defender had an opening for a photographer. “I had been shooting for them over the years. That really was what got my foot in the door,” Dorsey recalled. “By then, the Defender had become more of a stepping-stone job. The writers and photographers would work there for a few years and go to a bigger paper. But I stayed until 2002, when I took early retirement.”

Dorsey said being the Defender photographer was seven-days-a-week job. He shot celebrities including Muhammad Ali, comedian Dick Gregory and educator Lyman T. Johnson. And Dorsey gave as much attention to church events, picnics, public forums or tragedies that needed to be covered.  Thompson said one of the things that impressed him was the scope of Dorsey’s work.

“It was quickly evident that he was a real historian. His photos run the whole gamut of human life. If you are someone who has not spent a lot of time in West Louisville, the images you normally see in the media are different. He has pictures of tragedy and difficult times, but they make up a much smaller percentage of the overall work. He deserves like five books,” Thompson said.

“Available Light” took about 18 months to put together. The title comes from the fact that Dorsey does not like to use artificial light, even a flash, when he takes photographs. LSP received a small arts grant from the city for the book, with most funding from a Kickstarter campaign that raised more than $13,000 through pre-sales and other inducements. The book will be officially released at the opening reception for Dorsey’s photo exhibition at the Muhammad Ali Center, which is part of the 2017 Louisville Photo Biennial.

Dorsey hopes all this attention doesn’t give people the impression that he has stopped working. He still shoots every day. His photos appear occasionally in the Defender and other publications, but the majority can be found on his Facebook page.

“I had to leave the Defender because I was 62,” he explained. “I wanted to be able to shoot what I wanted to shoot, to get up when I wanted to, and to turn down assignments. But I am still doing my thing. I feel like I’m in the peak of my career.”

A book-release reception and exhibition opening is 5:30 p.m. Thursday, Aug. 24 at the Muhammad Ali Center. The reception is free with tickets from eventbrite.com.