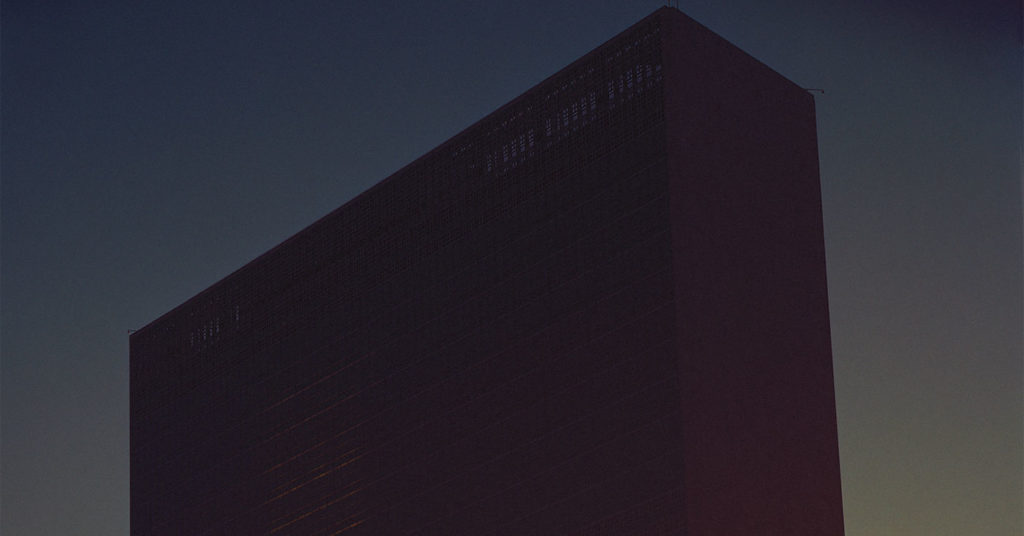 While many of us may be just now thinking about how to watch the solar eclipse Aug. 21, KMAC Executive Director Aldy Milliken and Curator Joey Yates began planning the museum’s view of eclipses two years ago.

The resulting “Victory Over the Sun: The Poetics and Politics of Eclipse” is a mediation through art on eclipses, and on the concepts and ideas that spring from the darkening of the sun.

“It’s one of the most complete multimedia exhibitions that we’ve ever done,” Milliken told LEO “You’ve got video works. You’ve got neon. You’ve got Plexiglas, vinyl. We’ve got sculpture. We’ve got traditional painting. We’ve got books that have been used. We’ve got wood. So it’s really completely diverse when it comes to exploring artistic practice.”

The diversity of materials and visions extends to include artists from all over the globe.

“One of the things that we really tried to do with this exhibition, is we have this incredible moment happening in Kentucky and across the country. We have local artists that are exceptional. We have national artists and international artists,” Milliken said.

The first glimpse of this idea came when Milliken was talking with Swedish artist Mats Bigert, whose work has appeared in the 21c Museum Hotels in Louisville and Lexington. “He and I were talking and hanging out and thinking about other projects we could do together and he was like, ‘Hey, don’t you know that there’s this full solar eclipse in Kentucky in two years?’”

Two years is about what it takes KMAC to plan an exhibit. So after the idea, next the show got a title, and then artists are matched up with the conceptual messages:

“We called it ‘The Eclipse Show’ for a long time — and then we start pulling the artists together and then we start slotting in the different metaphorical connections,” Milliken said. By example, he said, an eclipse-oriented conceptual train of thought could be “like the gesture of the moon covering the sun; then you think of erasure and censorship, covering, all those things.”

Bigert’s work in the show, which he created with Lars Bergström, follows through the idea of the moment of the eclipse when animals fall silent, knowing somehow that something beyond them is occurring. Bigert and Bergström created a film that explores instances of humanity’s uncanny silence, including tragedies, natural disaster and moments of remembrance.

Other artists represented have more literal connections. Lita Albuquerque’s “Fibonacci Lunar Activation” paired an image of an eclipse with the famous, often naturally-occurring Fibonacci sequence as a backdrop.

“American Nature (Louisville)” is an iteration of a work by Jan Tichy. Tichy created circles out of neon tubing, and these circles are placed over maps of a city, in this case Louisville.

Each neon circle is connected to a police scanner. The radio requests and 911 calls light up the circles and maps that correspond to the police activity.

This allows viewers to feel the pulse of different neighborhoods and sections of the city.

Other artists explore shapes and outlines, or take the idea of covering or hiding to represent and explore censorship.

“Some of the artists have similar ideas, but different perspectives and that’s also really important. Every artist has obviously their own way of looking at the world, as we all do and I think that we wanted to give as many of those perspectives as possible,” Milliken said.

Those perspectives include the lived experiences of the artist including gender, race or sexuality, but perspectives also affected by their medium, which helps the show reflect KMAC’s mission to examine craft.

“As a museum of process that’s kind of what we want to share with people, the different interpretations of these ideas,” Milliken said.

This reflects KMAC’s urge to bring a wide variety of artists to Louisville, and it could also suggest the idea that eclipses are a part of every nation and a touchstone in every culture.

“Victory Over the Sun” opens two days before the eclipse, so you can contemplate the coming event, or you can use the exhibition for further reflection after the historic celestial alignment on Aug. 21.