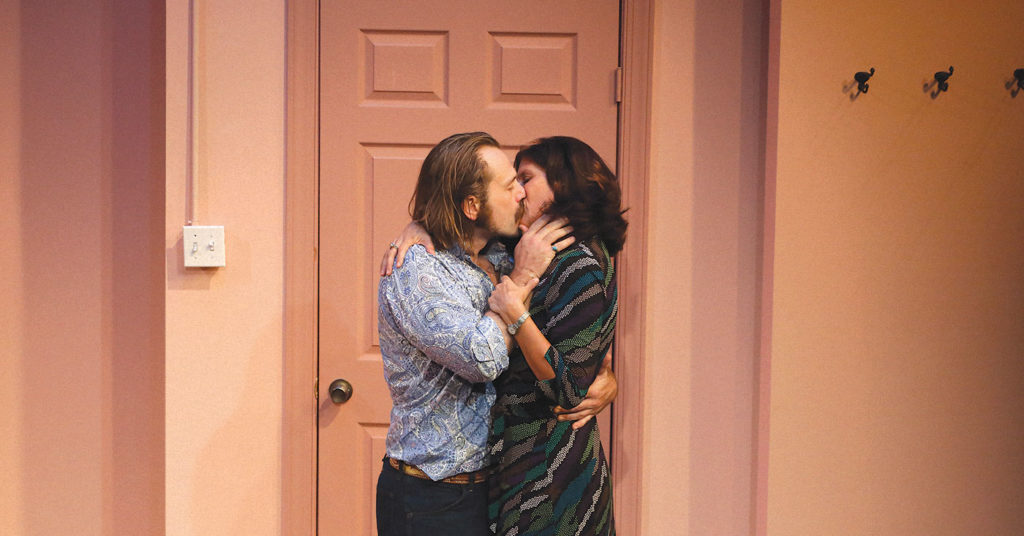 It’s a moment most actors recognize: the hesitation, the nervousness, the awkward giggles.

It’s time to work on the big kiss.

Of course, in some settings, on film or perhaps in an edgier piece of theater, it can be quite a bit more than a kiss, with nudity or intense physical contact.

Usually, directors and actors just do their best, feeling their way through awkward moments. The resulting theater can be great or awful. The actors may feel safe, or may face situations of harassment, abuse and trauma.

But that’s changing as the theater and film industry are beginning to recognize the need for “intimacy directors,” people who specialize in choreographing onstage intimacy.

They are practitioners who use concrete guidelines and techniques, such as the “four pillars” of intimacy direction, according to Alicia Rodis, a member of Intimacy Directors International.

Consent: Get the performers’ permission — including concrete boundaries and out of bounds body parts, and do it before you start.

Communication: Keep talking throughout the process. What’s working, what’s not, who’s touching who and how and do they feel safe.

Choreography: Performers wouldn’t spontaneously add an extra pirouette to a dance number or an extra kick to a fight scene. Don’t add an ass grab or extra kissing.

To explore the ideas of intimacy and safety on stage in a variety of situations, LEO spoke with Rodis, as well as Tony Prince, a local director; and Sarah Flanagan, a Louisville-based fight director.

Prince said all acting has to start with creating the right rehearsal room.

As an example, he cited a difficult scene he worked on in a recent play, “The Nether.” This play involved scenes that implied a grown man having a sexual, violent relationship with a young girl.

The onstage contact was limited to a bit of tickling and a hug or two, but what it implied butted up against one of society’s strongest taboos.

“The actors were so squeamish about any sort of physical intimacy that it took a lot of time to establish a level of comfort,” said Prince, adding that it was the grown-ups who were uncomfortable.

Prince used a variety of techniques to help the actors break down their fear, and the result was riveting theater, but that was also safe, both physically and emotionally.

One of the techniques included Prince making sure that the young woman was in control of the amount of touching in the scene, mirroring a technique in stage fighting which puts the victim in charge of grapples, hair pulls and other close contact fighting.

Other times Prince would “step into the scene,” and perform some of the moments that made the adult so uncomfortable, such as patting the kid on the head, giving her a hug. It’s a technique Prince borrowed from Tonia Sina, another founder of Intimacy Directors International.

But not every director has Prince’s skill with communication; not in the centers of theater such as New York, Chicago and Los Angeles, and certainly not here in Louisville’s flourishing independent theater community.

But perhaps because of the successful staging of intimacy by some directors, many still struggle with the idea of needing special techniques for staging intimacy, even though they almost always recognize the need for other specialists, like fight choreographers.

Onstage intimacy and fighting have a lot in common. In fact, many intimacy directors started in stage combat.

Every step, every punch, slap and kick is planned in advance — it’s all choreographed.

Rodis, the New York intimacy director, started as a fight director, and that led to her new focus. She shared one experience from that evolution.

“There was one show I was working on where there was a woman who slapped the man and then kissed him. So I was brought in for the slap.”

She ended up working on the slap and the kiss. For that kiss, she used her stage combat skills. That included asking standard questions like where do the actors touch each other, and new questions like how long does the kiss last?

She also asked what are the actors comfortable with? In other words, she got the actors’ explicit consent and established firm boundaries, before they began.

Rodis started getting called in specifically to work as an intimacy director, eventually forming Intimacy Directors International with Siobhan Richardson, and Tonia Sina, who originally coined the term “intimacy choreography” in her master’s thesis in Theater Pedagogy from Virginia Commonwealth University.

Rodis and her group aren’t alone in doing intimacy direction, but Sina was just featured in The New York Times for her work, and that’s about as official a stamp of approval as you can get in the American theater scene.

The subject of onstage intimacy has also been thrust into the spotlight because of the bad actions of some practitioners; the opportunities for abuse and misconduct in a theatrical setting could easily fill a another series of articles. Intimacy direction protects actors, who are usually at the very bottom of the chain of command.

Most of our local theater companies can’t afford intimacy specialists, but they can use emerging techniques to make onstage intimacy less awkward, sexier and safer.