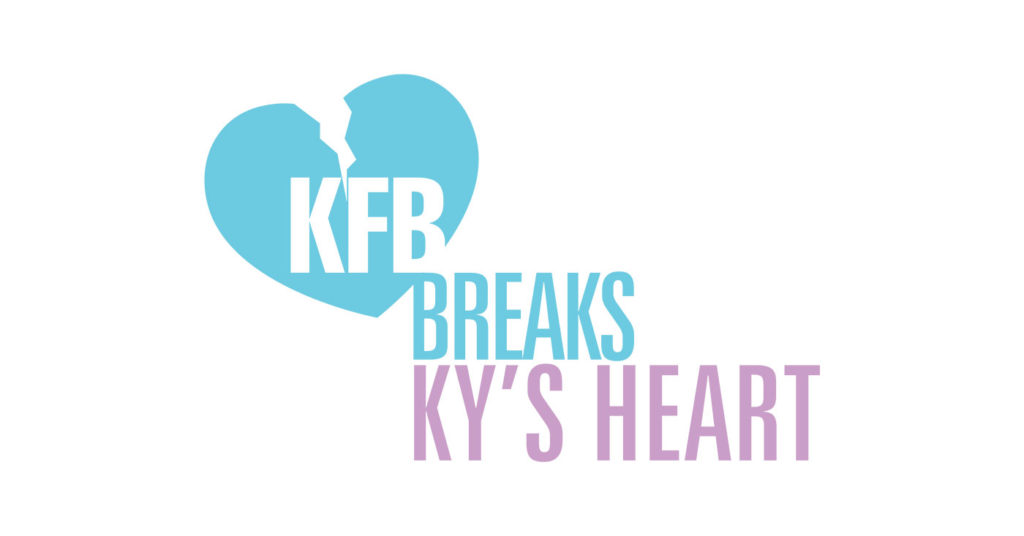 “While we all have experienced change since my first fair, some things remain the same. The Kentucky State Fair has always been a place to celebrate our heritage, our diversity and our love for this great state.” —Freddy Farm Bureau, Aug. 1, 2017

Freddy, I’ve loved you since I was young, but you’re full of farm fresh manure.

I can’t tell you how disappointed I was to find out that Freddy and the folks at Kentucky Farm Bureau have been peddling anti-LGBTQ policies for decades. Perhaps like you, I was in disbelief when I heard the Kentucky Farm Bureau — an insurance company — promoted discriminatory policies that were not just anti-LGBTQ, but anti-union, anti-teacher, anti-choice and pro-death penalty, among others.

Why would an insurance company have such policies? Surely they’re not in print somewhere?

Turns out, they are, which the U.S. Postal Service proves to me year after year when I find a copy of its prejudiced platform in my mailbox each summer.

The policy booklet the Kentucky Farm Bureau doesn’t want you to see is some 90 pages of six-point font policy positions it sends to legislators, but not to the 475,000 Kentucky families it represents.

Among their many surprising stances are these gems:

— The institution of marriage should only be recognized as the legal union of a man and a woman. (p. 13)

— We are opposed to any state-supported agency providing benefits to “domestic” partners. (p. 14)

— We strongly believe in the value of all individuals both born and unborn. (p. 14)

—Alternative lifestyles should not be taught in public schools. (p. 64)

—We support the enactment of right-to-work legislation. (p. 79)

—We oppose an increase in the minimum hourly wage. (p. 79)

—We recommend the federal prevailing wage law be repealed when dealing with government contracts. (p. 79)

—We strongly oppose any mandate that would require any government entities to recognize and collectively bargain with employee unions. (p. 79)

—We oppose unionization of farmers and farm laborers. (p. 79)

You don’t have to take my word for it — take it from Freddy Farm Bureau himself. You can download their full policy booklet at fairness.org.

As you might have guessed, most Kentucky Farm Bureau insurance customers have no idea their premiums are going to fund high-paid lobbyists in Frankfort who push an arch-conservative agenda that doesn’t represent Kentucky, its families, or its farming community.

Kentucky Farm Bureau counts on that. They don’t want you to know.

They went so far to shut us up two years ago. They arrested several of us who stood in silent protest at our assigned seats at their annual Country Ham Breakfast. Many folks have seen the dramatic ACLU of Kentucky video of Kentucky State Police dragging me through the Fair and Exposition Center after cuffing us and dispersing our supporters.

Two months after the arrests, charges against all three activists were dismissed by an assistant Jefferson County attorney, who did “not believe there is a reasonable likelihood of a successful prosecution of this matter.”

The ACLU of Kentucky, Jefferson County Teachers Association, or JCTA, Louisville Showing Up For Racial Justice, or LSURJ and the Fairness Campaign have been raising awareness of the Kentucky Farm Bureau’s discriminatory policies and calling for their abolishment for years. The only thing Kentucky Farm Bureau needs to do is change them, as I told KFB President Mark Haney in Mayor Greg Fischer’s office last year.

As we began our meeting, I passed Haney a 20-plus pound box of tens of thousands of petitions signed by Kentuckians against KFB’s discriminatory policies. His response? “It’s up to our members to decide.”

If you’re a Kentucky Farm Bureau Insurance holder (or even if you’re not), call your local KFB representative and tell them how you feel about their policies (kyfb.com/find/counties). Ask when the next meeting is and show up. Tweet Freddy Farm Bureau @FreddyFB and tell him how disappointed you are.

If you’re reading this Wednesday, you can still join our protest Thursday morning at the Kentucky Farm Bureau’s Country Ham Breakfast (tinyurl.com/KFBProtest17). Last year, we were joined by State Rep. Attica Scott, U.S., Rep. John Yarmuth, LEO Weekly Executive Editor Aaron Yarmuth and more than 50 Kentuckians protesting KFB at its annual breakfast. This year, we’ll welcome a special guest, who’s sure to give Freddy and KFB a run for their money.

We won’t stop until Kentucky Farm Bureau drops its discriminatory policies, and we won’t let it pretend “KFB loves KY,” as it proudly proclaimed in a PR stunt at last year’s ham breakfast to unveil its new slogan. We all know it’s just the opposite — KFB breaks KY’s heart. •

[Ed. note: Last year, LEO asked the KFB to explain its process for developing its book. Here is its response, in part: “Our public policy positions are developed from ideas offered by grassroots members, originating at county Farm Bureau meetings. Our members develop and vote on agricultural, fiscal, social, and other policy ideas they believe are important to Kentucky. The legislative policies approved at the county level move to the state level through a free and fair democratic process. This process ensures that the will of the majority, not the opinion of any one individual, is reflected in our public policy positions.”]