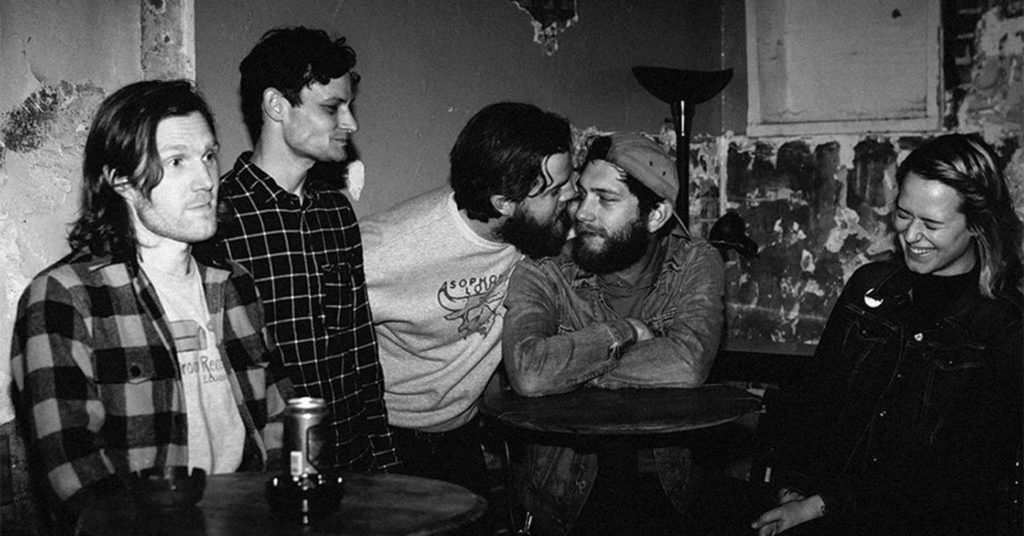 Although more well-known locally for the store on Frankfort Avenue, Guestroom Records has also operated a record label for around a decade, sporadically releasing albums as passion projects, and last week saw the company’s first release from a Louisville band, The Second Hand by Cereal Glyphs.

“It wasn’t ever meant to be a traditional label, in that we’re not full of money, and we don’t have any employees,” said Guestroom co-owner Travis Searle, who opened the Louisville location with Lisa Foster in 2013, after years of operating two sister stores in Oklahoma. “It’s always just been an outgrowth from the store, a boutique, where it’s like, ‘These are friends of ours, who just put out this incredible record, and this piece of art should be in the world for people to hear.’”

The Second Hand is Cereal Glyphs’ sophomore follow-up to a 2015 self-titled debut, and since various members have worked at the store, it was a natural fit for Searle and Fosters’ first Louisville release, following the nine records from Oklahoma bands Guestroom put out in the last 10 years.

“Once we started hearing Cereal Glyphs live over and over again, and the recordings that they were working on, I had conversations with them and was like, ‘If you guys record something, I’d love the first opportunity to put it out,’” Searle said. “We’re not actively looking for submissions, we just don’t have the finances to put out release after release after release, but this is the one really awesome thing that we’re going to do this year, and we’ll see how it goes.”

The Second Hand is 10 head-rushes of psychedelic-leaning garage-punk, tracks that singer/guitarist Andy Myers said are more rounded out than previous material because this was more of a full-band effort, whereas the first one was mainly him. And that slightly altered their sound.

“I think that we had a pretty good idea of what we wanted the band to sound like from the beginning, and I don’t think we’ve strayed from that too much, but I think it’s kind of like when you open a restaurant and you think you have an idea of what that restaurant is going to be, but then all of a sudden it becomes it’s own thing,” Myers said. “That’s what this was.”

And that was accomplished from playing live together for the last two years, as they perpetually workshopped the songs for this record. “I think that’s kind of the natural way to do it,” said guitarist Jake Philly. “We don’t have the time or resources, to spend a week writing and recording and working on a song ‘in the studio,’ as they say.”

The record does seem like Cereal Glyphs have hit a cohesive stride, and people have reacted positively to it so far, as The Second Hand has already broke into the top ten albums sold by Guestroom in 2017.

“If anything, this has reminded me that this is still a great idea,” Searle said of the label. “It’s fun and it’s a great excuse to highlight a band and throw some parties and put cool things out to the world.” •

You can buy The Second Hand at Guestroom Records (1806 Frankfort Ave.) or online on Bandcamp. Cereal Glyphs open for Sheer Mag at Kaiju on September 13.