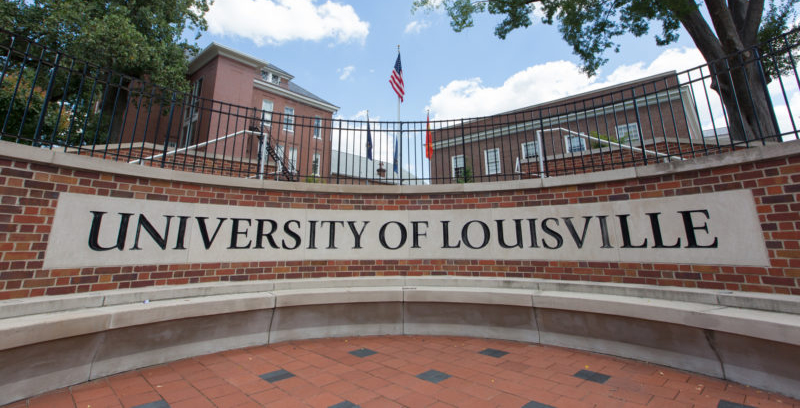 Ed. note: The following story outlines issues with how the UofL audit is being financed. A follow-up story explains how two local philanthropic organizations have agreed to pick up most of the costs of the audit.

The UofL’s publicly-funded forensic audit was meant to lay bare the scandals and secrets that have plagued the school’s nonprofit foundation for years.

The audit did expose systemic problems when it was released in June, prompting promises of reform and possible lawsuits to recover misspent money.

But in trying to reclaim UofL’s image, school officials have largely ignored a state law meant to guarantee transparency in contracting, sidestepped cost guidelines and shifted control to an outside firm in order to shield details of the examination, the Kentucky Center for Investigative Reporting has found.

Meanwhile, the university has returned to the legislature for more and more public funds to pay for the assessment of the university’s woes. The initial cost of the forensic investigation — under $900,000 — has ballooned to $2.2 million, and though it was completed two months ago, that amount could still grow.

Susan Jarosi, president of UofL’s American Association of University Professors chapter, said it’s “perplexing and disappointing” that UofL isn’t sticking to financial protocol even now — when a $48 million shortfall has decimated department budgets and the foundation is under criminal investigation by the state attorney general’s office.

“If you follow the process, you’re not going to screw things up,” Jarosi said. “If this board can learn anything from past mistakes, the glaring message is, follow process.”

University spokesman John Karman said in an email that only the school’s outside counsel is privy to details on how money was spent in the investigation, not university staffers. That means UofL has spent $1.76 million of state general fund money so far to root out financial problems, but its staff hasn’t asked for a single receipt.

Sen. Paul Hornback, a Republican from Shelbyville who sits on the committee that reviews state contracts, said he’s troubled by the university avoiding checks and balances on their high-dollar contract.

“We’re spending all this money on them right now and don’t have a lot of choice,” Hornback said. “I feel like we have to do it. We have to get it straightened out.”

The university hired Chicago auditing firm Alvarez and Marsal in November to sort out, once and for all, what problems persisted at its nonprofit fundraising arm.

By then, former president James Ramsey had been pushed out and the state auditor was wrapping up its own special investigation of the foundation and its operations.

The first contract with Alvarez and Marsal authorized 2,500 hours of work, plus more than $200,000 for forensic fees and travel. The firm billed on a “blended” hourly rate of $275, which means the firm billed one rate instead of charging for each individual staffer.

The contract more than doubled the $125-an-hour maximum rate set by the state for audits or legal services. But the legislature’s government contract review committee approved the initial contract without discussion.

The blended rate has been abandoned now, records show, and even the lowest-paid team member earns more than the state rate. For post-audit consulting work, UofL will pay anywhere from $200 an hour for an associate’s work to $525 an hour for the firm’s managing director.

The contract extension includes no breakdown of which staffers will be doing the bulk of the work. The work is explained only as “providing support services to counsel.”

When it came time to get paid, Alvarez and Marsal submitted two different invoices each month: the form required by state law and a separate bill for services. Neither document includes the details required by the state and the Alvarez and Marsal contract, such as the names of staffers, time spent on the project and an itemized list of expenses.

When the firm used the required state form, it sidestepped each question. The second invoice gave only number of hours and dollar figures.

Were contractors booking first-class flights or carpooling? Did they stay in fancy hotels or cut-rate motor inns? The invoices never say.

About $151,000 of the tally to date was for unspecified out-of-pocket expenses.

Bob Hughes, former foundation and board chair and a supporter of the former president, opposed the investigation and refused to be interviewed by the firm. He sees the lack of information as further proof the investigation wasn’t worthwhile.

“All those bills were paid with a lack of documentation?” Hughes said. “Seems like previous leadership was attacked for lack of transparency.”

UofL’s spokesman said the school doesn’t have any policies about what vendors should include in their invoices. The school didn’t ask for any itemized bills, Karman said, in order to preserve the integrity of the investigation.

“Great care was taken to ensure that information about the direction and scope of the Alvarez & Marsal work was not shared with university personnel, either directly or indirectly through itemized bills,” Karman said.

A spokeswoman for Alvarez and Marsal didn’t respond to an email for comment, and has referred all prior requests to UofL.

Alvarez and Marsal’s bill for out-of-pocket expenses alone nearly matches a year’s worth of work previously done by the state auditor’s office.

Auditor Mike Harmon released a special audit of the foundation’s operations in December. He charged the foundation about $184,000 — $72 an hour for 2,551 hours, plus expenses.

Michael Goins, spokesman for the auditor’s office, said the two examinations were different and it wasn’t appropriate to compare. But he said its governance examination provided UofL and the foundation a road map for changes: “excellent work at a reasonable price.”

Outside Attorneys At The Helm

Though the forensic audit was initially overseen by Grissom, the board chair, the university’s external counsel was quickly added to the inner circle.

It’s not unusual for companies to run internal investigations through outside attorneys, said Eric M. Negangard, assistant professor of commerce at University of Virginia and a forensic accountant. If a client asks its law firm to subcontract with the investigators, their work is then covered by attorney-client privilege, Negangard said.

“That process made it protected,” Negangard said.

But that’s not what UofL did.

Karman said the law firm “acts on behalf of the university in its dealings” with Alvarez and Marsal and serves as an intermediary. But the university hired the investigators directly, and the firm mails its monthly invoices straight to the university.

“In order to be protected by privilege, you would need to be engaged by the law firm,” Negangard said.

When asked why a lawyer’s involvement would supercede the disclosure requirements, Karman declined additional comment and said he believes UofL has followed the law.

The price of the forensic investigation has been raised twice. Though the report has been completed and released, the cost could go up again.

Craig Dilger, an attorney with Stoll Keenon Ogden, asked a legislative committee for contract extensions twice on behalf of UofL.

In April, when the forensic audit’s release was looming, a legislator asked Dilger if UofL would come back to request more money again. Dilger said the team was meeting weekly to ensure that wouldn’t happen. They were reaching the last phase of a three-phase process, he said.

“The goal there is to get in under the budget” — around $1.5 million, Dilger told the legislators.

The revised contract more than doubled the number of necessary hours and raised the spending cap to $1.76 million.

But Dilger was back in July, this time seeking another $400,000 increase.

By then, the firm reported working 6,392 hours — roughly 46 hours for each business day.

The total well exceeded the 4,500-hour cap. But the firm discounted about $148,000 — which put the payments at exactly the $1.76 million ceiling. Three weeks later, Dilger asked legislators to raise the ceiling once more, citing unanticipated follow-up work on the completed report.

Hornback, the Shelbyville Republican, asked how much longer this would go on. Would Dilger be back again for more money?

The investigation was still a three-phase process, Dilger noted, but this time he mentioned two steps following the three phases. He admitted he might be back even again, because the university needed more details from auditors to prepare for litigation against its former leaders.

“As you can imagine, activities that seek to recover somewhere between $40 and $100 million are going to cost money,” Dilger said.

Sen. Max Wise, co-chair of the government contract review committee, said it’s necessary for UofL to see this investigation through and try to recover up to $100 million the audit suspected of being misspent. But Wise acknowledged another request for more money on the contract will be less well-received.

“We are at the point of saying, OK, this needs to wrap up,” said Wise, a Campbellsville Republican.

Later this month, when Wise’s committee meets, UofL representatives will again ask for more money. This time, they want to spend $1.25 million more to increase a different contract: the one paying for their outside attorneys.

Disclosures: In 2015, the UofL, which for years has donated to Louisville Public Media, earmarked $3,000 to KyCIR as part of a larger LPM donation. University board member Sandra Frazier and former member Stephen Campbell have donated.