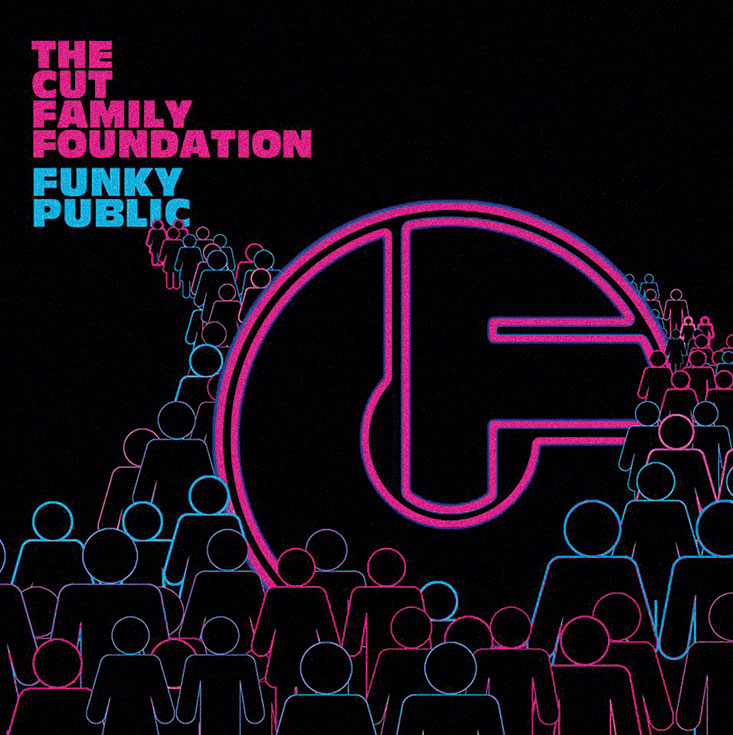 After hearing one of Cut Family Foundation’s early funk songs on a local compilation, Black Birds of Paradise drummer Nick Layman reached out to guitarist Matt Hendricks, asking to join the band. Together, they built up a repertoire of jams, culminating with this month’s Funky Public, their first full-length, an exploration of unity and togetherness through music.

“There were two fundamental reasons I joined the band,” Layman said. “As a drummer, it’s hard to not be attracted to the rhythmic elements of this type of music, certainly something I’ve had an affinity to for a long time. Also, I viewed it as an opportunity to play and hang with my buddy Greg Bryant (who passed away last summer) who came in a little before me on keys. Definitely thankful that I took the opportunity.”

Funky Public is a record that often gets lost in the groove, with a heavy emphasis on organ and keys, backed by an unimpeachable rhythm section, jangly guitars and a choir of voices merging as one. Recorded by bass player Matt Brewington at an old creamery that they converted into a studio — with a little additional tracking at Goldsmith Studios — Funky Public uses solidarity as a central thesis on Funky Public.

“The very last song has a vocal refrain, and the lyrics are ‘Like everyone / Like the rest of us,’” Layman said. “It’s just stitching together that people are the same in these troubled times. We’re all in this together. I think we all genuinely believe that.”

“You can’t necessarily control all the strings,” Layman added about the band’s message. “Underpinned with the message that like it or not, we’re all brothers and sisters. I feel like it’s as optimistic of a message as you can have right now, without wading waist deep into everything going on right now.”

An album release party for Funky Public will be held on Saturday, Aug. 26, at Galaxie. $8.